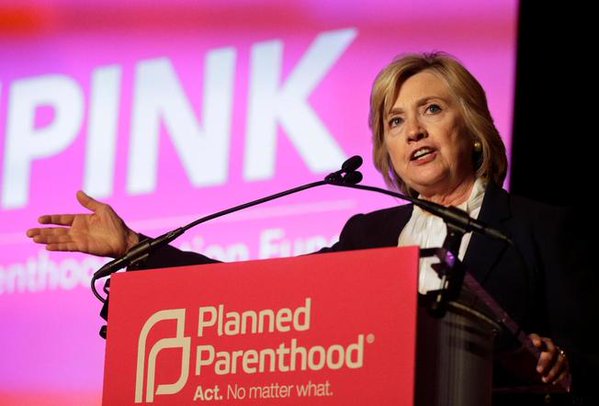 In a nation choking to death on political correctness, it would seem that I should immediately follow the title of this article with an apology. This will never happen in my lifetime.

News releases for today included the call of Pope Francis for us to apologize to gays and Hillary’s proclamation that the ruling of the Supreme Court to strike down a Texas abortion law was a solid victory.

Which subject should be covered in today’s issue?

It was a choice between the Pope’s apostasy in mis-leading 1.2 billion Catholics or the callousness of a presidential candidate who will one day see these words in a panoramic optic of her own life and be asked what they mean.

Jesus’ words: “And whoso shall receive one such little child in my name receiveth me. But whoso shall offend one of these little ones which believe in me, it were better for him that a millstone were hanged about his neck, and that he were drowned in the depth of the sea.” (Mt 18: 5-6)

Hillary’s words: “a victory for women across America” and “upheld every woman’s right to safe, legal abortion, no matter where she lives.”

As a believer in these words “But I say unto you, that every idle word that men shall speak, they shall give account thereof in the day of judgment,” (Mt 12: 36) I needn’t say whose words will prevail in the days when time comes to a screeching halt, for Hillary and the entire world as we know it.

More Americans than ever before are now standing on the side of bringing the curse of abortion down. It is a trend whose time has come.

To say, those that still call the death of the unborn a ‘woman’s right’ is perverse is of itself bad enough, but it stretches every ounce of credulity we can muster to think that such a person now wants to be president of these United States.

It would seem that Hillary, Obama and the entire cadre of liberals who support more abortions in America have learned their math from common core. Simple math has long since decided that it is not about women’s rights, it is about an American death toll. To wit:

Killed by terrorists on American soil including 9/11 – 3200 dead

Total dead in all wars, firearms and terrorism since our nation was founded – 1.3 million dead

The death toll for abortion is 53 times greater than all other causes of American deaths, including both world wars combined.

It is not a victory – it is a violation – it is full blown wickedness of Biblical proportions.

The only thing worse than 55 million abortions is aborting these facts from our national conscience and hearing Hillary Clinton applauding the continuation of the slaughter as - a victory.

Rejoicing over more death for the unborn is first a violation of God’s laws (Ex 20: 13) and a violation of the conscience. It violates the laws of nature in that, the creatures with the highest sense of right and wrong on the planet, have dipped to the lowest practice of any creature, by systematically destroying their own offspring under the protection of the law.

It is women who want the right to play in the sexual panacea of today’s unbridled world of licentiousness, but want to play without having to pay. They accept the hypocrisy where a man can be hunted down to pay support for their children, but women are not held accountable for the death of their children.

Many would like to see Hillary’s responding not to the Supreme Court’s anti-life indiscretions, but some courts sentencing her to jail for her part in email scandals, Whitewater or Benghazi. Yet, others might call for her to witness a weeks’ worth of abortions in only one abortion mill preferably in Texas where abortion abuses are rampant. She might be forced to witness the body parts of the little ones being used in experiments, which now includes, sending the brains of the tiny ones to youth at summer camps for student dissections.

To connect these practices to politics and jurisprudence is beyond immoral it is genocide under color of law and human rights. No it is not a mere travesty; it is one women’s struggle for power at the expense of thousands of precious human lives.

Pulling the lever to vote for Hillary is the moral equivalent of being complicit in crimes against humanity.

Only a person devoid of all humanity and conscience could support a Hillary presidency, but this is the state of our nation today.

Is it really that serious?

In fact, it is much worse than that.

An Old Testament passage which addresses the practice of mercy says – “A righteous man regardeth the life of his beast: but the tender mercies of the wicked are cruel.” (Pr 12: 10)

This passage clearly raises the question – if showing mercy to a beast is an act of righteousness – where does the slaughtering of millions of unborn human babies stand in the realm of right and wrong?

Hillary calls it a victory!

Don’t do this to our country.