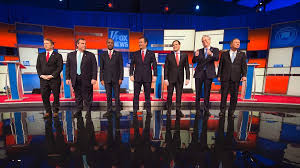 re a Test by Which Christians can choose the Best Candidate?

Starting with a clear definition of who is, and who is not a Christian, is needed to make this test possible.

Bible believing Christians, who take biblical doctrines seriously, may use this test, but apostate Christians and those who have caved to the immorality of the day are disqualified, not to mention disinterested, in such a test.

This is test one.

The Bible clearly warns that a man’s words and his deeds must line up. In politics the words are changed slightly to a candidate’s record and his or her rhetoric. In either case it is a simple matter of the synchronization of a person’s words and deeds.

After checking to see if what they say and what they do is a match, we have second litmus test that not only could be applied, but for those seeking God’s guidance in today’s political climate – they must be applied.

This is the second test.

The essence of the test is easy and it can best be seen in the following statement made by Jesus Christ to his own followers.


“For whosoever shall be ashamed of me and of my words, of him shall the Son of man be ashamed, when he shall come in his own glory, and in his Father's, and of the holy angels.” (Lk 9: 26)


Those who hold a quiet faith in God are not to be dismissed, but those who openly confess Christ as their Lord and Savior are in a class by themselves. They are among other things, openly stating their source of inspiration, guidance and moral standing.

The final test is more subtle but no less important.

Political rhetoric today has an appendaged attached to it that most politicians mention as if it were a minor matter. It is given a handy label – social issues. It is usually mentioned in passing, but anyone who takes it too seriously will be labeled themselves, usually as an extremist.

Calling abortion murder and homo-marriage immoral will get you labeled just that quickly. In today’s twisted morality it isn’t the weird practices that are extreme, but only those who call it weird are extreme. I know, it does sound stupid, for one very good reason – it is stupid.

In this day where immorality is acceptable, stylish, and trendy, it is no longer called evil. Softening our perversions with new names is part of our attempt at collective self-justification and it makes fools of us all. To wit:


The seventh Republican debate held in Iowa on Thursday January 28, 2016 provided a good sampling of candidates and a chance to apply the three pronged test.

Who won and who failed?

Almost all of the candidates have a fairly consistent record that lines up with their rhetoric. They accuse each other of flip flopping on some matters, but after close examination most of it falls into the category of mis-interpretation and semantics.

Looks like most all of them passed test one.

Both Ted Cruz and Marco Rubio openly named Jesus Christ as their Lord and Savior and once even declared how he died on the cross for our sins.

For a moment as the debate reached its final moments, it seemed no one was going to pass the third test. Since none of the moderators brought up that particular “social issue” it fell to the candidates themselves to bring it up, and only Texas Senator Ted Cruz did speak about it during the final 30 second summary allowed to each candidate.

Cruz clearly declared that he stood for both life and marriage. It is understood that he was speaking about the curse of abortion and the immorality of same sex marriage.

The first question that comes to mind is if this writer thinks this test is reasonable to use above all else that is engaged to determine a candidate’s suitability for the office of President of the United States.

I will let Christ and the Bible answer that for me. We hear promises made by candidates including the Trumpian pledge to “Make America great again.” We have to look to a much older promise that promises it all, security, strength, standing and protection, and above all – favor with God.

In fact it is more than greatness; these words are set for rise and fall of nations.