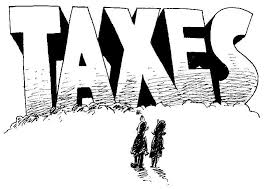 Never underestimate the antipathy liberals have toward capitalism and businesses. The American economy, now in its ninth year of weak economic growth, has proven unable to shed the shackles placed on it by the Obama administration regulators. Excepting the economic slowdown caused by the 9/11 attacks, in the first year of President George Walker Bush’s presidency, the lowest rate of GDP growth in the Bush years was 2002- until the recession of late 2008-09- in which Gross Domestic Product grew at the measly rate of 3.76%. President Obama’s economic policies have managed only three years of GDP growth higher than President Bush’s worst non-recession-ish year.

Obama supporters will claim that it is not fair to exclude recession years. True enough. The slowdown of 2001-2002 never entered negative GDP territory, thus it was not officially a recession. Nonetheless, when the economy slowed, Democrats were on television blaming President Bush. So much for fairness. The 2008-09 recession began when government regulations dating back to the 1970s, combined with government-mandated bad loans, caught up to the economy. True enough, the Bush administration did not stop the liberalism built into the system and deserves part of the blame. Liberalism comes in Donkeys and Elephants.

Nevertheless, the exorbitant spending of the neo-Marxist policy makers was supposed to fix the economy. Spending was unleashed. While the budget year for President Bush did not end until September of 2009, President Obama circumvented the Bush budget by enacting the “Stimulus,” which was over $700 billion of spending a year. It was supposed to be for one year, but Majority Leader Harry Reid’s superior knowledge and use of Senate rules, and his willingness to violate constitutional mandate, stymied the body’s duty to pass a budget for three years. Why? Because he understood that they could simply continue with the same excessive spending each successive year. The spending continued, the deficit ballooned to $1.4 trillion, and the debt disappeared beyond the stratosphere.

To be specific, the budget deficit in 2007 was $161 billion; in 2008 it was $459 billion; and after President Obama’s team enacted the Stimulus, what would have been President Bush’s final budget became President Obama’s deficit of $1.413 trillion. The next three years’ deficits all crossed the $1 trillion barrier.

Examining that $1.413 trillion deficit, it is fair to attribute perhaps $650 billion to President Bush and Congressional- including Republican- support of TARP; however, they did not spend all of TARP. Still giving President Obama, Sen. Reid, and then-House Speaker Nancy Pelosi the benefit of the doubt, that would give President Obama over $750 billion of the 2009 deficit. It is standard that the economy for a president’s first year does not belong to him, due to the timing of Fiscal Years, but 2009 was not a standard year.

All spending measures begin in the House of Representatives, as mandated by the Constitution; therefore, it is inaccurate to completely blame or give credit to the president of the United States for deficits or surpluses. Presidents deserve partial blame/credit, just as Congress does. Yet, in the case of the massive increase in spending in President Obama’s first year in office, the cause of the increase can be directly traced to TARP (Bush administration), the Obama administration’s policies, and Congressional acquiescence.

Meanwhile, the national debt has rocketed past the $19 trillion mark, from a little over $10 trillion when President Bush left office.

This revisiting of history is important because of the way certain media outlets and political hacks like to spin the 2008-09 recession, the deficit, and the debt. They are all the product of both parties- not just Republicans, not just Democrats. All administrations, going back to President Washington, are responsible for our debt. All. Every Congress since our founding is responsible for the national debt.

Forget exaggerations about Ronald Reagan or George W. Bush; forget what people tell you about so-called “trickle down” economics, one fact is simple:  capitalism is economic freedom. Government imposes, either through the state or the federal government depending on constitutional provisions, certain regulations to maintain a civilized society. When government oversteps its bounds, it is an attack on freedom.

When taxes are higher than necessary to maintain order and stay within the bounds of the purpose of government, they must be lowered. To fail to lower taxes to an amount necessary to maintain the functions of constitutional government is stealing from its citizens, an abuse of power. Unfortunately, politicians and bureaucrats in both parties support such assaults on freedom.

The threat to our economic security comes from modern liberalism. Government is the cure-all, know-all, be-all to liberals. When citizens object to unconstitutional overreach, such citizens are branded with epithets ranging from “anarchist” to “radical”- all for wanting to follow the Constitution. The fact is that we have problems because we have gotten away from constitutional constraints. The checks and balances were forever altered by the 17th Amendment, which placed more power in the hands of D.C. politicians.

Until economic freedom is restored, through not simply cutting taxes to reasonable levels, which will encourage economic growth, but the cutting of business-killing regulations meant to keep businesses under the foot of Big Government, the economy will remain in what liberals are already trying to convince us is the “new normal”:  mediocrity. That is, besides the loss of freedom, the result of liberalism:  mediocrity.