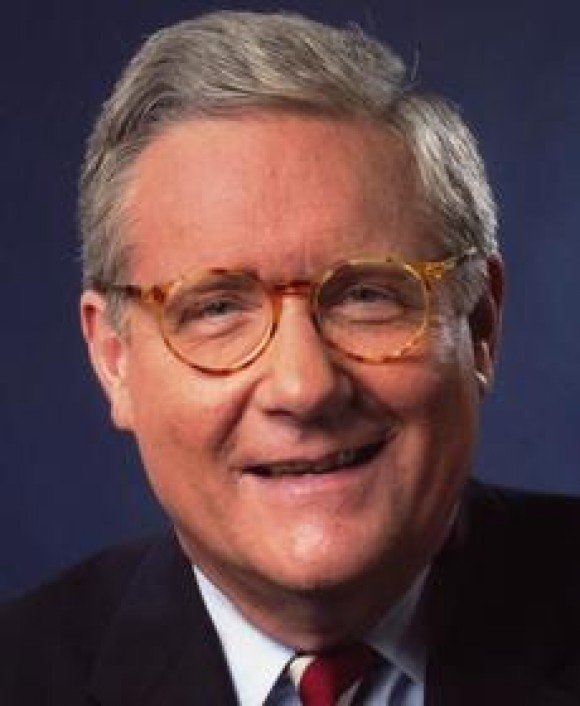 ran conservative journalist Fred Barnes has written a disturbing Wall Street Journal article about how the campaign of Donald Trump, sparked by talk radio, is dividing and weakening the Republican Party—thus guaranteeing a Democratic Party win in November. Barnes points out in the article, entitled, “Republicans Are Campaigning to Lose,” that a significant number of Republicans will not vote for Trump if he becomes the GOP presidential nominee.

“The Republican rift will not be healed and disunity will reign,” Barnes predicts. “It’s highly likely that a sizable chunk of the Republican establishment will decline to back Mr. Trump in a repeat of 1964 when liberal and moderate Republicans refused to support Barry Goldwater.”

What’s fascinating about his piece is that Barnes discusses the forces in talk radio that opened the door for Trump to take control of the GOP presidential race. He writes, “The split between party leaders and a substantial number of party voters emerged after Republicans won the House in the 2010 midterm election, and swelled when they added the Senate in 2014. Their legislative gains were minimal. The Republican base, egged on by conservative talk radio, accused congressional leaders of knuckling under to President Obama.”

Barnes doesn’t name names, but we all know that they include Mark Levin, Michael Savage, Rush Limbaugh and Sean Hannity. Although they don’t all support Trump, they have been hypercritical of the so-called “Republican establishment” and its management of congressional affairs. Barnes is suggesting that their criticism paved the way for Trump’s success. Now they’re stuck with him. It may be too late to stop the businessman, who used to fund Democratic candidates for office, from getting the GOP nomination.

As the campaign goes forward, it is becoming increasingly difficult for many observers to see how a real conservative can derail Trump’s campaign for the Republican nomination.

“So long as the Republican opposition to Trump remains divided among several candidates, he will retain an advantage moving toward the nomination,” says Scott Johnson at the Power Line blog. He agrees with Barnes’ assessment about many Republicans ultimately bailing on Trump in the general election, and says that the political damage could be far worse in November than a Trump defeat. He writes, “I think Trump will take the Republican majorities in Congress down with him (UPDATE: not to mention the Supreme Court, of course).”

Looking at Trump’s campaign of personal insults and incendiary rhetoric, Barnes contrasted the vicious nature of the Republican presidential campaign with the contentious but mostly civil debate on the Democratic side. I made the same point in one of my recent articles, noting:

“…there is little doubt that Bernie Sanders will endorse Hillary Clinton for president in the end and rally his young supporters to her side. It will make Clinton stronger, not weaker. The Clinton-Sanders show has all the earmarks of a carefully staged demonstration of the Marxist dialectic, an exercise designed to create the appearance of conflict in order to force even more radical change on the American people through Democratic Party rule.”

Regarding the GOP contest, Barnes writes, “If the turbulence continues—and there’s no end in sight—the Republican nominee will lead a badly divided and weakened party in the general election in November. The Democratic candidate won’t be a powerhouse. That’s a certainty. But either Hillary Clinton or Bernie Sanders will have the benefit of a united Democratic Party, a significant advantage in a close election.”

Barnes, who serves as the executive editor of The Weekly Standard, writes that the “discord and anger” generated by talk radio against Republican leaders was “practically an invitation to Mr. Trump to enter the race. A unified Republican Party would have provided him neither the political space in which to run nor issues to exploit.”

He adds, “The more bruising the fights, the more difficult it will be to produce Republican unity.” He says Trump has “capitalized on the GOP split” and “shows no interest in bringing the party together.”

The only question not addressed by Barnes is who else benefits from the Trump phenomenon. Globally, it can be argued that Russia will come out a big winner, with Trump joining the liberals in their policies of appeasement toward Vladimir Putin.

Another conservative wrote to me disputing Barnes’ claim that talk radio had laid the groundwork for Trump’s success. He said, “The problem wasn’t created by Trump or talk radio.  The problem was created by the GOP establishment along with Fox News who champion a party that is minimally different from the Democrats.”

This observer complained that the campaign has avoided critical issues, such as the national debt. He said, “None of the debates even have touched on the mountains of debt that have been piled on since Bush II and accelerated under Obama—not a word! This is not touched upon since they all know the game is over—any reining in of the debt situation will result in a worldwide depression the likes of which have never been seen before. Financial markets and interest rates cannot self-adjust as they did in the past when you had an unlimited supply of money.”

Such an observation is finding some support in conservative academic circles. In addition to the problems of too much federal debt and too much spending, the issue of easy credit over the last seven years has been examined by Dr. Tracy C. Miller, an associate professor of economics at Grove City College and fellow for economic theory and policy with The Center for Vision & Values.

In a column titled, “Quantitative Easing and Recent Decline in Stock Market Prices,” he writes that easy money, or quantitative easing, has run its course, and that “The declining stock market may be indicating an impending recession for the U.S. economy.” He argues that more quantitative easing at this point won’t do the trick of keeping stocks rising and the economy growing.

The “great recession” in 2008 helped Barack Obama win the presidency. Another major downturn could play into the hands of the Democrats and their socialist allies, armed with Marxist class warfare rhetoric that could appeal to some angry Trump voters.