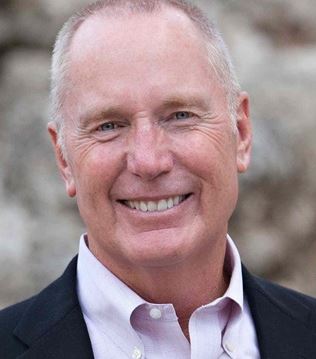 ast week’s blog struck a nerve. I wrote a piece entitled “Decency for President.” The premise was a simple one. Shouldn’t a presidential candidate who claims to be Christian talk like one? When a candidate waves a Bible in one speech and calls a reporter “bimbo” in the next, isn’t something awry? Specifically, when Donald Trump insists that he is a C
hristian (“a good Christian” to use his descriptor) and then blasts, belittles, and denigrates everyone from Barbara Bush to John McCain to Megyn Kelly, shouldn’t we speak up?

If the candidate is not a Christian, then I have no right to speak. But if the candidate does what Trump has done, wave a Bible and attempt to quote from it, then we, his fellow Christians need to call him to at least a modicum of Christian behavior, right?

Again, I struck a nerve. More than three million of you read the article in the first 36 hours! Thousands of you weighed in with your comments. They were fascinating to read. (Not all of them pleasant to read, mind you. The dozens of you who told me to stick to the pulpit and stop meddling in politics– I get it. By the way, I’d like to invite you to attend our services. My upcoming message is “Kindness”.) Detractors notwithstanding, your comments were heartfelt and passionate.

I detected a few themes.

You have a deep sense of love for our country. Patriotism oozed through your words. You cherish the uniqueness and wonder of the USA. You have varying opinions regarding leadership style, role of government, and political strategy. But when it comes to loving the country, you are unanimously off the charts.

You have an allergy to “convenient” Christians. You resist people who don the Christian title at convenient opportunities (i.e., presidential campaigns). You would prefer the candidate make no mention of faith rather than leave the appearance of a borrowed faith that will be returned to the lender after the election.

You are concerned, profoundly concerned, about the future of our country. The debt. Immorality. National security. The role of the Supreme Court. Immigration. Religious liberty. The list is as long as the worries are deep.
So where does this leave us? When a person treasures the country, but has trepidation about its future, what is the best course of action?

Elijah can weigh in on this question.

He lived during one of the darkest days in the history of Israel. The Northern Kingdom had 19 kings, each one of whom was evil. Hope had boarded the last train and optimism the final flight. The leaders were corrupt and the hearts of the people were cold. But comets are most visible against the black sky. And in the midst of the darkness, a fiery comet by the name of Elijah appeared.

The name Elijah means, “My God is Jehovah.” And he lived up to his name. He appeared in the throne room of evil King Ahab with a weather report. “‘As the LORD, the God of Israel, lives, whom I serve, there will be neither dew nor rain in the next few years except at my word’” (1 Kings 17:1).

Elijah’s attack was calibrated. Baal was the fertility god of the pagans, the god to whom they looked for rain and fertile fields. Elijah called for a showdown: the true God of Israel against the false god of the pagans. How could Elijah be so confident of the impending drought? Because he had prayed.

Eight centuries later the prayers of Elijah were used as a model.

“The prayer of a righteous person is powerful and effective. Elijah was a human being, even as we are. He prayed earnestly that it would not rain, and it did not rain on the land for three and a half years. Again he prayed, and the heavens gave rain, and the earth produced its crops” (James 5:16-18).


James was impressed that a prayer of such power came from a person so common. Elijah was “a human being” but his prayers were heard because he prayed earnestly. This was no casual prayer, comfortable prayer, but a radical prayer. “Do whatever it takes, Lord,” Elijah begged, “even if that means no water.”

The prophets of Baal agreed and went first.


“At noon Elijah began to taunt them. ‘Shout louder!’ he said. ‘Surely he is a god! Perhaps he is deep in thought, or busy, or traveling. Maybe he is sleeping and must be awakened.’

“So they shouted louder and slashed themselves with swords and spears, as was their custom, until their blood flowed. Midday passed, and they continued their frantic prophesying until the time for the evening sacrifice. But there was no response, no one answered, no one paid attention” (1 Kings 18:27-29).


(Elijah would have flunked a course in diplomacy.) Though the prophets cut themselves and raved all afternoon, nothing happened. Finally Elijah asked for his turn.

“Then Elijah said to all the people, ‘Come here to me.’ They came to him, and he repaired the altar of the LORD, which had been torn down. Elijah took twelve stones, one for each of the tribes descended from Jacob, to whom the word of the LORD had come, saying, ‘Your name shall be Israel’” (1 Kings 18:30-31).


Elijah poured four jugs of water (remember, this was a time of drought) over the altar three times. Then Elijah prayed.

“LORD, the God of Abraham, Isaac and Israel, let it be known today that you are God in Israel and that I am your servant and have done all these things at your command.   Answer me, LORD, answer me, so these people will know that you, LORD, are God, and that you are turning their hearts back again” (1 Kings 18:36-37).

“Then the fire of the LORD fell and burned up the sacrifice, the wood, the stones and the soil, and also licked up the water in the trench. When all the people saw this, they fell prostrate and cried, ‘The LORD—he is God! The LORD—he is God!’” (1 Kings 18:38-39).

Let’s start a fire, shall we?

If your responses to my blog are any indication, you are anxious. You love this country, yet you are troubled about the future. You wonder what the future holds and what we can do. Elijah’s story provides the answer. We can pray. We can offer earnest, passionate prayers.

It’s time to turn our concerns into a unified prayer. Let’s join our hearts and invite God to do again what he did then; demonstrate His power. Super Tuesday, March 1, is the perfect day for us to step into the presence of God.

You outrank any leader.

We unite our hearts in one prayer. Let your kingdom come. Let your will be done. Please, speak through the electoral process to reveal your leader.

This we pray in the name of Jesus,