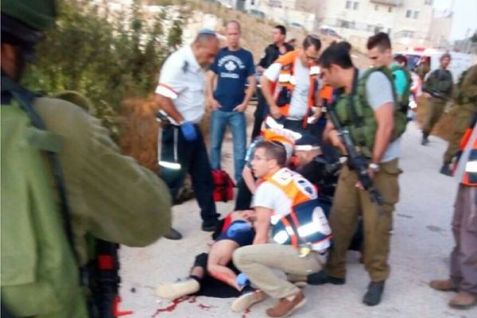 (Update - this article was written on 9/18/19 and within hours there were 2 more terror attacks in Israel and 3 terror attacks in the United States. We are not used to this, unfortunately Israel deals with it every day.)

Terrorists have been successful in turning truth and history upside down. Those who are easily deceived quickly fall for the false propaganda perpetrated by Islamists. The propaganda and deceptions are being promoted for evil long term strategies.

It is not just ISIS that is winning this propaganda war on the Internet and social media with false information. Other terror organizations have created false narratives in order to win the support of those easily deceived.  They have won over church denominations, universities, and other well-meaning - but easily fooled - Americans with false information. The truth is perverted so that evil appears good and good appears evil.

The most horrific, and most successful is the propaganda campaign against Israel. It was started by Iran and Islamists and is grounded in anti-Semitism. The plan has been highly effective in its simplicity.

Palestinians, Islamic Arabs living in Israel, and the terrorist organization Hamas which is supported by Iran, are all winning hearts and minds with terrorism. It seems upside down, but it is working amazingly well as they have turned lies into truth and are attempting to change history.

Before the Holocaust, a very similar campaign took place. As Hitler was growing his power base, a campaign of rumors and deceptions against the Jewish people spread across Germany and then Europe. Rumors of Jews using the blood of Christian children in rituals, referred to as the “Blood Libel,” and other lies about the Jewish people successfully built anti-Semitism to such a fervor that Jews began to be restricted from their professions and vilified in society. The success of this campaign is why many Christians stood by and did nothing when the Holocaust started. They did not rise up and object because “it was just the Jews.” Their minds had been filled with so many false rumors and lies about the Jewish people that it made them indifferent to the horrors that were taking place as six million innocent Jewish people, entire families, were massacred.

Iran, Islamists, the Palestinian leadership, have a new strategy with a similar end game. It sounds absurd but they are winning hearts and minds with terror. They believe that as Palestinians randomly attack and kill Israeli citizens on the streets with knives, axes and cars ramming bus stops, when the Israel police kill the acting terrorist, the Palestinians scream to the world “The evil Israelis are killing Palestinians! The world must do something!” The Palestinians believe the world, at least the political liberals, will believe them and come to their aid.
The problem is that it’s working.
Why would a Church denomination boycott a company that prevents terror attacks against Jews?

How has the false propaganda been successful, and how have normally mild-mannered Americans and church denominations been blindly led into supporting terrorism against Jews in our day?

Here is one example. The Presbyterian Church USA (PC USA), and many others organizations with Liberal voices in their leadership, have been convinced by Israel’s enemies that Israel is persecuting the Arab Palestinians. They accuse Israel of committing “Apartheid” and “human rights violations” against Palestinians. Such institutions have been convinced to Boycott Israel, Divest investment funds from Israeli companies, and to demand that the United Nations to Sanction Israel. It is known as the BDS Movement and it has taken a strong hold throughout Europe and supported by the political Left in the United States. While PC USA is not the only Church or organization that has fallen for this deception, the terror attack at the time of this writing is tied to their BDS action. 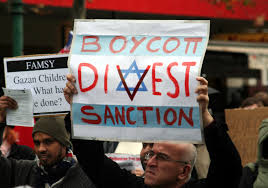 In March 2014 the Presbyterian Church USA (PC USA) “divested from Israel,” in protest of the lies they had come to believe about Israeli treatment of Palestinians. The organization’s investment funds were pulled from three companies. One of those companies was Motorola. Why? Because Motorola is contracted by Israel to provide the security cameras in the West Bank. Somehow PC USA leadership was convinced that any company providing security for Jews was somehow hurting the Palestinians.

The “West Bank” includes east Jerusalem and the Temple Mount. It is an area of Israel where the Palestinian Arabs self-rule over Arabs neighborhoods, but Israel provides security for all citizens and the Jewish neighborhoods.

On September 18, 2016 at 1:40am the Motorola camera system in the West Bank picked up a potential terrorist walking up the hills adjacent to the peaceful Jewish town of Efrat.

Upon seeing the approaching danger on the video feed, local security forces and the IDF were called out. According to a report in the Jewish Press, the IDF and Efrat security searched all night for the terrorist who had made it inside the Jewish town. The terrorist eventually leaped out of the bushes where he was hiding and stabbed an IDF soldier around 6 am.

The search and capture of the terrorist thwarted what could have been a very serious terror attack.

(For more on the complete story of the three companies the PC USA divested from, see Church4Israel article Presbyterian Church USA turns against Israel; are they also siding with Palestinian Terrorists?)

Whenever the Israeli Defense Forces (IDF) are compelled to take down these terrorists by force, the global media campaign promotes that the falsehood that “wicked Israelis are killing innocent Palestinians.” The false propaganda, the upside down truth, says that Israel has an "apartheid" policy concerning Arabs. It claims that Israel is killing Arabs in the streets. The truth is that innocent Israelis live in a state of terror, not knowing from where the next attack will come.

The Islamists have spread this anti-Semitic campaign against Israel throughout Europe and the United States and most evidently on college campuses. Hamas has surrogates out campaigning on university campuses and infiltrating church denomination leadership. The purpose is to "de-legitimize" Israel, to harm Israel and companies that do business there, and to harm Israel politically so that there will be no support when Israel is attacked and when the elimination of Israel is attempted.

Below is a short video introduction of the radical rantings of these BDS campaigns by terrorist groups on college campuses.


The entire 30 minute documentary Crossing the Line 2 can be viewed here.

In truth, Arabs, Muslims of all sects, as well as Christians, are completely  free in Israel and serve on the Knesset (Israel’s Congress), on their equivalent to the Supreme Court, in leadership in business, and own businesses. Israel is the only free democracy in the Middle East and the only place that all religions and women are free, just like in America.

The same propoganda campaign worked in 2014 with the continuous rocket attacks onto Israel from Gaza. As Hamas, the terror organization that runs Gaza, used their own women and children as human shields and openly terrorized Israeli towns with non-stop rocket fire, the propaganda machine was in full throttle. 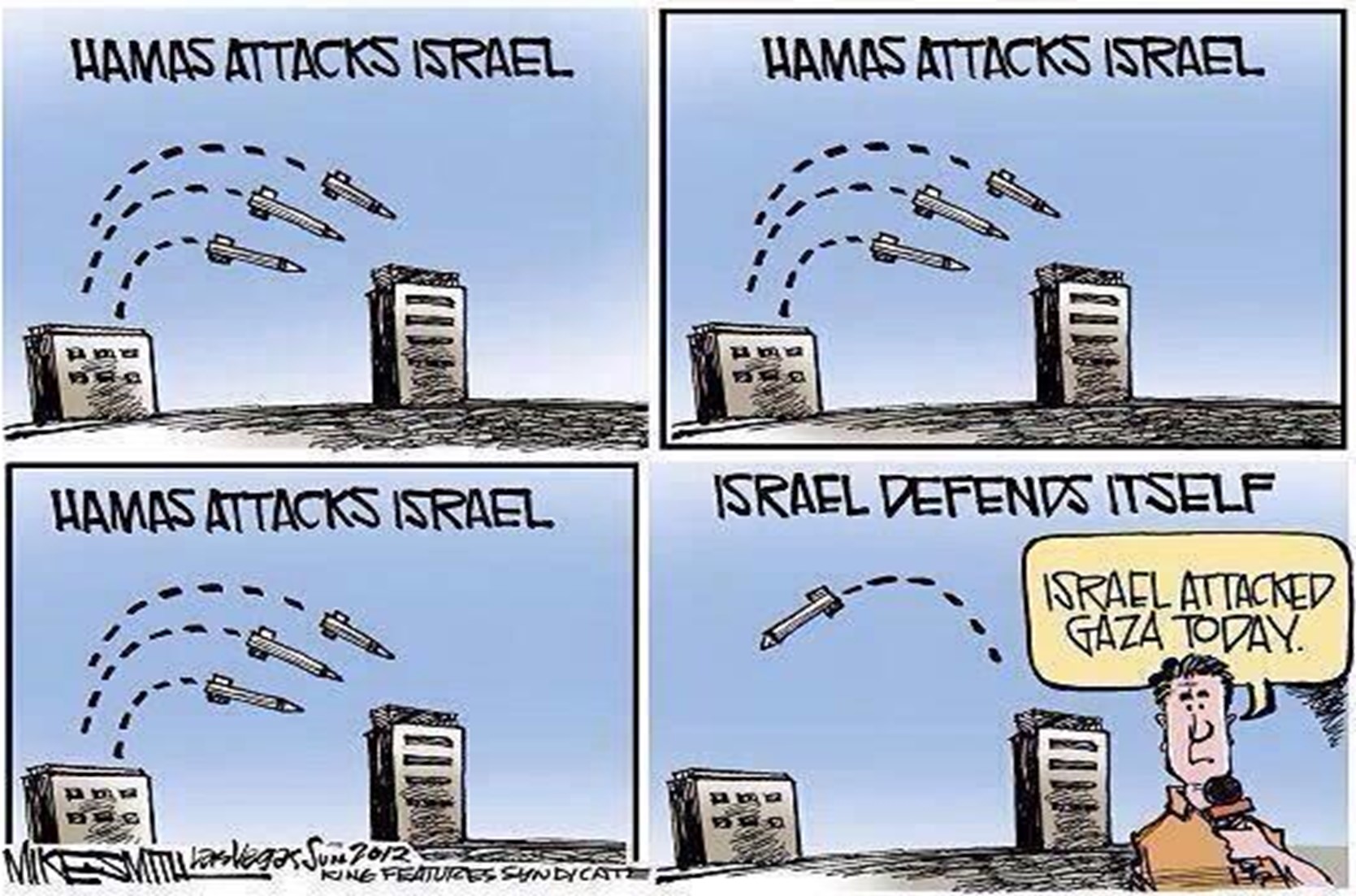 From Rockets to Knife Attacks

The Palestinian Authority, the governing body over the Arab populations in Israel, now is focused on giving monetary rewards to the families of young men who will commit acts of terror. This is openly supported by Iran. The terrorists are lifted up as heroes and the families are rewarded for years for the sacrifice their ‘martyred’ family members.

The “Stabbing Intifada” started in September 2015 with the Palestinian Authority encouraging the stabbing of Jews in the head, attempting to kill them, as a protest to the status of the Temple Mount being under Israel’s control. The Islamists contend that Israel and the Jewish people have no right to east Jerusalem or the Temple Mount where they have placed their Mosque.

From October 2015 to June 30 2016 the Palestinians have carried out attacks in extraordinary numbers:
81 stabbings, 56 attempted stabbings, 30 car attacks, 20 shootings and 4 bombings.

Many of the victims are badly wounded in the stabbings but 35 Israeli citizens have been killed and 5 citizens of other countries, including 2 Americans. The Washington Post report that researched the numbers calls it “A New Kind of Terrorism in Israel.”

The UN has fed the terrorism by ignoring and attempting to erase the over 3000 year old Jewish History of the Temple Mount. The holiest of sites, the 1st and 2nd Temples of the Jewish religion existed on what is now the Temple Mount over a thousand years before Islam was founded. In the ultimate anti-Semitic act, Jewish history is being erased with the help of the United Nations.

Assisting the terrorist with their upside down propaganda, The United Nations Educational Scientific and Cultural Organization (UNESCO) passed a resolution in April 2016 that ignores Jewish history and connections to the Temple Mount and Western Wall. Prime Minister Netanyahu bashed UNESCO for trying to rewrite a basic part of human history. Israel Dailey posted a report seen here:

Now in September 2016 the UN is convening and considering more resolutions and possible actions against Israel, to punish Israel for building Jewish neighborhoods, referred to as ‘settlements’ in the Israel land known as the West Bank, including East Jerusalem.

With anti-Semitism at an all-time high throughout Europe thousands of Jews are fleeing to Israel. Yes, Israel will provide housing for Jews being persecuted throughout the world. Israel will continue to take care of her people. The anti-Israel United Nations is determined to tell Israel that they cannot build houses for their people on the very land on which Abraham laid the Jewish origins.

The U.S. organizations and churches that have fallen into the deception of the Islamists trying to destroy Israel need to first, read their Bible, they will learn much history of Israel and the Jewish people in its text. Next they need to look at a map, a history book and not believe everything they read on the internet, especially when it is laced with hate.

Twenty six states have taken action against the BDS movement. Congress has written strong letters to President Obama demanding that the U.S. continue to veto any move against Israel in the UN. But statements by the President against Israel building housing in the West Bank is concerning. Voices must be raised to educate deceived Americans to the truth, and urging Congress and the President to not waver in any way on our support of the only free democracy in the Middle East and our strategic partner, Israel.
Copyright ©2016
Read more by Robin Rowan
Tweet