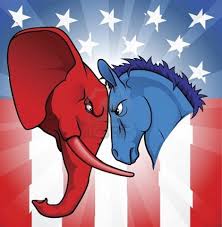 mericans dislike and mistrust Hillary Clinton. Nearly all Republicans believe she epitomizes corruption in government and should be prosecuted for, among other things, jeopardizing national security by disregarding government regulations. Yet it’s becoming more apparent every day that this President will not let that happen, partly because it would lead to a Republican victory in November, but also because Clinton’s prosecution would likely involve others in the administration. So Clinton’s nomination is fairly secure.

Historically, every four years Americans are given the choice between two opposing ideologies, liberal or conservative.

The contrast has always been clear. Liberals believe that, through tax manipulation, Americans who achieve success and wealth through hard work must pay more to fund ever-expanding social programs. They believe that every person on American soil has an inherent right to the best healthcare this country has to offer, regardless of cost. Yet they believe children in the womb have no rights. They believe in eminent domain, the right of the government to seize private property for the good of all. And they somehow find injustice everywhere they look, from our election process, to institutions like traditional marriage, to bathrooms in North Carolina.

Those are the values embraced by liberals. They are Clinton’s values.

On the other side, conservatives have a different perspective. They believe in personal responsibility, less government intrusion, and protection for the unborn. They stand for personal property rights and free enterprise. While recognizing that less fortunate citizens cannot be forgotten, they believe that hard work should be rewarded with success, and not penalized through excessive taxation.

But this election is different. If Donald Trump wins the Republican nomination, it will deprive voters of that conservative option.

It was only a few years ago, that Trump was publicly declaring his long-standing liberal views. With one or two exceptions, Trump sees things like taxing the wealthy, abortion, gay rights, and eminent domain through the same liberal prism as Hillary Clinton.

Some pundits have called Trump a phenomenon, proclaiming that he is changing the face of the Republican Party. But he’s really just a life-time liberal who hijacked one or two key conservative positions, and remolded them with Trump flair.  The dominant issue that distinguishes Trump from most liberals is his call for strong border controls. When he vowed to build a wall along the border, funded by Mexico, most Americans cheered.

But was it just bluster? During a private meeting with the New York Times, he reportedly confessed a softer view on immigration. He refuses to release the minutes of that meeting, so now we can only guess where he really stands on that issue.

What about his other conservative positions? Though he now claims to be “pro-life, with exceptions,” in 1999, he declared himself “very pro-choice.” Those crucial contradictions, together with his calculated decision to conceal his liberal roots and exploit the machinery of the Republican Party, exposes him as an opportunist, without conservative convictions – without any convictions.

Considering Trump’s unfavorable ratings, he cannot win in November without the conservative vote. His supporters argue with confidence and just a touch of desperation that the party would unite to defeat Clinton.

But Trump has burned too many bridges. He did that through his incessant whining about a rigged system, a system that he has chosen to employ. He did it by insulting and demeaning American prisoners of war, soldiers who suffered at the hands of our enemies. And his bizarre, left-wing accusation that George Bush lied to start a war with Iraq hasn’t been forgotten, nor have his classless and adolescent personal attacks on his Republican rivals.

But the main reason conservatives will not unite behind Donald Trump is because, on most core issues, he is virtually indistinguishable from Hillary Clinton. If they become the two nominees, conservatives will have no real options in November. A few will reluctantly accept Trump as the lesser of two evils, but an untold number will have no compelling reason to vote for either one. A recent Rasmussen Poll reports that nearly one-in-four voters will stay home or vote third party if their choice is between Clinton and Trump.

If the Republican Party hopes to win in November, it will have to unite behind one candidate, one who offers a contrast to Clinton - a conservative candidate.