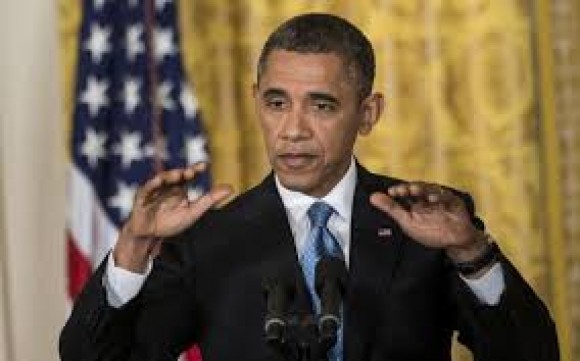 recent commencement address at Howard University, President Barack Obama stated that America is “a better place today by almost every measure” than when he graduated from Columbia University in 1983. According to the Associated Press, he cited the lack of black CEOs at Fortune 500 companies and a low number of black judges throughout the country as reasoning for his comparison.

Interestingly, 1983 was a difficult year. Those born in 1983 came very close to not having the opportunity to celebrate a first birthday. The tension with the Soviets reached levels not seen since the Cuban Missile Crisis. In March of 1983, President Ronald Reagan made his famous “Evil Empire” speech and introduced to the nation his missile defense plan known as the Strategic Defense Initiative. The Soviets were shaken off balance.

September began with a Korean Air Lines Boeing 747 passenger jet veering off course, which the Soviet military confused with a US military surveillance plane in the area. The airliner was shot down, and the Soviets’ propensity to change the official story made their intentions appear more sinister than they were. Tensions rose further.

September nearly ended us all. When a Soviet missile launch detection system warned that a single US nuclear missile had been launched, a Soviet officer ignored the system, assuming that it was a false alarm. Minutes later, the early warning system reported that more American missiles had been launched. Amidst flashing red lights and a loud alarm, the officer refused to do what he was trained to do:  launch a retaliatory nuclear strike against the United States. He believed that the system was faulty, and he was correct. He trusted his gut and saved perhaps 400 million lives.

For his good judgment, the Soviet military relieved him of duty.

The economy in 1983 was a tamer subject. In transition from years of weight added by modern liberalism’s ridiculous tax rates, byzantine regulatory mandates, and a growing list of federal departments and agencies, the burden was being lifted off of the average person’s shoulders. Jobs were being created, and stifling yokes such as inflation and interest rates were trending in the right direction.

In 1983, the economy grew at a healthy 4.6%, according to statistics at Economy Watch. President Obama can be forgiven for not citing 1984, when GDP grew at a roaring 7.2% clip.

Unemployment in 1983 was 9.6%, compared with today’s 5%, but an important distinction must be made:  today unemployment is calculated in a way to make the government look better. A better way to compare the years is to look at U6 unemployment. This figure includes those who have given up looking for work. Today’s U6 unemployment rate is 9.3%. While it was not an official number at the time, U6 in 1983 would have been in the 13% range. Worse? Yes. Trending positive in 1983? Yes. Trending positive today? No.

In September of 1983 alone, the economy grew 1.1 million jobs. Today, we get excited by anything over 200,000 new jobs per month. With a population 38% larger, comparable monthly job growth today would be 1.5 million jobs. According to the Bureau of Labor Statistics, the top two months during President Obama’s tenure are 522,000 (May 2010) and 346,000 (April 2011). In the early 1980s, the economy was much worse than what President Obama inherited- inflation, interest rates, and unemployment were eating away the foundation of the economy- so freeing Americans economically had a tremendous benefit.

In 1983, hope and change were happening.

On the subject of race, the 1980s was the decade in which the Ku Klux Klan died off as a force for racial terror. Their influence dropped precipitously as the decade progressed, and the organization is now mostly a subject for the history books. There were incidents of racial tensions, but the 1980s were calm compared to prior decades. Black Americans saw opportunities rise, and the booming Reagan economy lifted all Americans, regardless of race.

In 1983, there were not any publicly accepted national movements based on race which led to random acts of terror, and no serious pushes, aside from fringe individuals or groups, for racial separation- black or white. President Reagan did not endorse a racist organization that spread hatred and lies in order to advance its racist agenda.

The burning social issue of the day was abortion. Religious liberty and morality were not under attack as if it was 1683. In 1983, morality was only considered “bigoted” and “discriminatory” by perverts and by extremists who wanted to destroy organized society. It was acceptable to say “perverts” then because perversion was recognizable as morally wrong. It was inconceivable to consider a man “self-identifying” as a woman in order to get into a woman’s public restroom, and it would have been recognized as morally wrong.

Free speech was not under attack in 1983 the way that it is today. Those who uttered harmless colorful expressions or beliefs contrary to the wishes of the liberal elite were safe. Those who ran corporations, government agencies, and universities were not emboldened to attack those who exercised their free speech rights, and reasonable beliefs were considered to be just that:  reasonable.

So how is 2016 better than 1983? In President Obama’s eyes, the answer is obvious:  he is president today. Measurable criteria such as national security, race relations, and social issues can be twisted, obfuscated, and spun to make people who do not remember 1983 believe otherwise.

In front of a predominantly black audience- Howard University’s student body is over 90% black- the president of the United States chose to define progress by pandering. He neglected to point out to his audience that he has made three nominations to the Supreme Court, and exactly none of them was black. The sole black justice on the current court was nominated by a president named Bush.

In 1983, we came within a hair’s width of nuclear annihilation; we endured the growing pains of recovering from an economy controlled by liberals; we attempted to overcome race issues; and we bickered about a divisive social issue; yet 1983 was by far a better year for the United States than any year of the Obama presidency- by almost every measure.