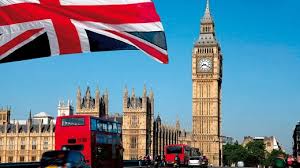 Oct. 19, 1739, Great Britain declared war against Spain in what is called the War of Jenkins’ Ear! This war drove Spain into an alliance with France, an alliance that was a threat to England for ninety years.  At the announcement, bells rang out from the London churches and the crowds thronged the streets shouting their approval. The Prime Minister looked down upon the jubilant English mob and remarked, “They are ringing their bells now, but soon they will be wringing their hands.” He called it right.

Church bells are ringing throughout London as the people celebrate their demonstration to the world of their tolerance, kindness, and courage and their rejection of racism, bigotry, and nationalism.  London, one of the world’s oldest and greatest cities has just elected a Muslim as their mayor. They will soon be wringing their hands but it will be too late. In fact, it is already too late. England is no longer England. Unknown to most people, major parts of London are almost 50 percent Muslim! London will soon be known as Londonistan, and we are watching the twilight of the British Empire and the dawning of a new caliphate.

Winston Churchill, whose leadership saved Britain and Europe from the Nazis (with some help from America), commented on Islam in his 1899 book, The River War: “How dreadful are the curses which Mohammedanism lays on its votaries [dedicated followers]! Besides the fanatical frenzy, which is as dangerous in a man as hydrophobia in a dog, there is this fearful fatalistic apathy. The effects are apparent in many countries, improvident habits, slovenly systems of agriculture, sluggish methods of commerce, and insecurity of property exist wherever the followers of the Prophet rule or live….Individual Muslims may show splendid qualities, but the influence of the religion paralyses the social development of those who follow it. No stronger retrograde force exists in the world.” Churchill called it right long before others.

The above-quoted passage appeared in The River War when it was first published as a two-volume set in 1899, but the passage was removed when the book was condensed into one volume and republished in 1902. Political correctness even in those days! Cowards are always with us.

London’s new mayor Sadiq Khan, whose family emigrated from Pakistan, will run the city of 8.6 million people.  It is astounding that Khan won, especially after his ties to Islamic extremists were revealed. When Conservative Prime Minister David Cameron revealed those ties on the Parliament floor, he was shouted down by chants of “racist!” But few asked if his charges were true–which they were! It seems truth doesn’t matter to the leftists of the world.

Khan was successful in defending notorious Black Muslim leader Louis Farrakhan’s right to visit England. Moreover, Khan supported the usual leftwing causes including same-sex “marriage” as a Member of Parliament. He is opposed to Britain leaving the European Union. He also had connections with confessed terrorist Babar Ahmad who spent time in a U.S. prison before being returned to England.

Khan was charged by critics as unfit to be London’s Mayor after it emerged that he had described moderate Muslim groups as “Uncle Toms,” suggesting that they are subservient to Whites.  Khan obviously thinks moderate Muslims are not true Muslims since they are so moderate. In other words, he advocated for a more extremist Islam. Additionally, there have been numerous charges of anti-Semitism against him and the Labour Party. Yet, Londoners showed how broad-minded they are and chose him as their leader!

That massive rumble you hear is Winston Churchill charging out of his grave, but alas, even Churchill would not be able to save his beloved island again. Modern politicians who worship Churchill dead would revile him living and would not follow him even to the men’s room. They sure would not follow him to victory for their English culture, civilization, and country by defeating the Islamization of Britain. They don’t feel strongly about anything important and lasting.

When Hitler was raging across the Netherlands, Belgium, and Luxembourg in early May of 1940, the new Prime Minister told the House of Commons that “I have nothing to offer but blood, toil, tears and sweat.” There was talk of compromise and capitulation to Hitler, but Churchill said to his cabinet on May 28, 1940: “I am convinced that every man of you would rise up and tear me down from my place if I were for one moment to contemplate parley or surrender. If this long island story of ours is to end at last, let it end only when each one of us lies choking in his own blood upon the ground. That doesn’t sound like weepy, wimpy, wobbly modern-day politicians, but a warrior.

Londoners have swallowed the Kool Aide and are destined to strangle on it. It seems American officials are standing in line for their serving.
And America will no longer be America!