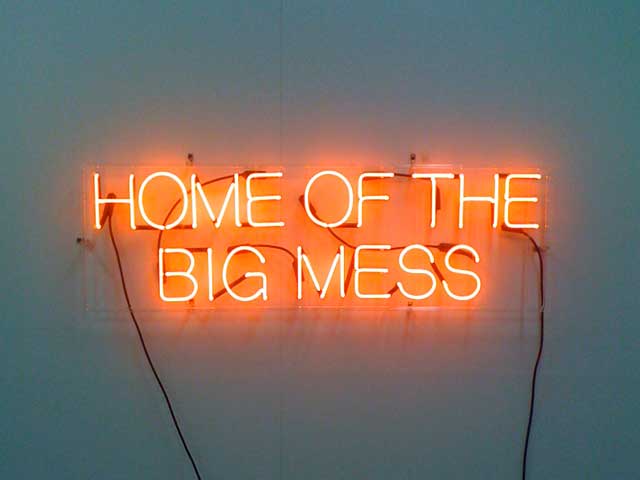 Happy birthday, America! This is the best we could do for ourselves.

We’re in a mess. Let’s be honest with ourselves, America. We’re in a big, bad, nasty mess. We have a national debt the size of our economy, the federal government gives incentives to not work that are greater than the rewards earned by some people who do work, we have morally collapsed and we’re sliding further, and no one notices. “Man on the street” interviews reveal two things:  the “average” person knows nothing about American history or America today, and “man on the street” isn’t acceptable speech. The “average” person may not know the Constitution from constipation, but they do know that free speech isn’t allowed to be politically incorrect. “Person on the street” will have to do.

This mindset, this blissful lack of awareness of what was, what is, and what will be has reared its ugly head in this year’s election cycle. This is the best we can do, it seems.

No doubt some Trump supporters will take this assessment personally, even though that is not the intent. This assessment refers, on the Republican side, to the number of good candidates we had early in the process but who could not gain traction. Instead of accomplished governors like Walker of Wisconsin and Jindal of Louisiana, we ended up with our final four candidates who would not have found themselves as finalists just 35 years ago.

Instead, we had as our Final Four a former conservative, eager to please every liberal he saw, two men without executive experience, and one man without a filter or a philosophy. Or maybe it’s philter and filosophy. I don’t know. It doesn’t matter. Who needs either one? Whichever it is, he’s got more of it than anyone else, trust me.

Sen. Marco Rubio is the antithetical yet mirror image of the current occupant of the White House. He has views largely consistent with his own party, understands the philosophy of liberty, has no record to demonstrate qualifications, and has only minimal experience in the US Senate.

Months ago, I researched Sen. Ted Cruz’s eligibility in order to write a column to explain why he was indeed able to be elected president; I found otherwise. The only way he could get around “natural born citizen” is if we act like the “average” person and ignore the Constitution and what the words in the document mean. Ironically, he was clearly the best candidate when it came to understanding the Constitution, yet he ran for the highest office in the land.

It has been documented many times, including in this space, that Donald Trump has a recent history of spewing liberalism and lacks the philosophical understanding needed to rebuild our constitutional society.

On the other side of the aisle we have someone we all know has committed numerous felonies along with someone who never held a regular job until he was 40 years old. A man of Sen. Bernie Sanders’ age and beliefs whose net worth is five hundred thousand dollars certainly has no understanding of how to create wealth or to lead a nation with an economy that makes up 25% of the world’s productivity. He might not even be qualified to run a 25-member stamp collector’s club.

Former US Senator and Secretary of State Hillary Clinton is to accomplishments what Helen Keller was to optometry (sorry, but I had to use a politically incorrect analogy while freedom of speech still exists):  she has none; no substantive achievements in the Legislative or Executive branches, unless one counts the number of federal prosecutors she is responsible for keeping employed.

If we can’t get the little things right, we certainly won’t get the big things right, like reversing our moral collapse or developing strategies to pay off our national debt. Yes, we built this mess, and it’s doubtful that we’ll be able to prevent what will inevitably follow. That’s one fine mess we’ll keep ourselves in this fall. Some birthday present.