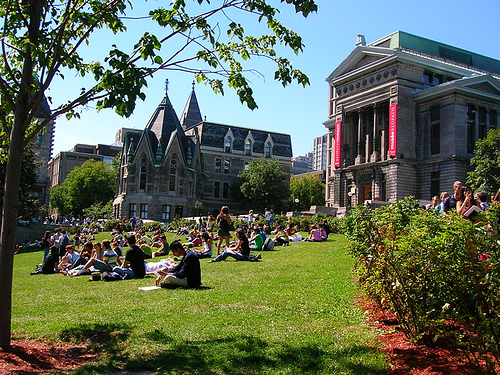 The children have returned to their colleges and universities, so silliness and stupidity are soon to follow. Safe zones and heretofore unimagined entitlements; fears rationalized and weaknesses praised:  all that and more are on the schedule.

Sure, there are a lot of good kids in America’s colleges, looking to improve their lots in life over the lives of their parents or just to make their families proud. Unfortunately, there are also a lot of knuckleheads, egged on by liberal and left wing professors and administrators, as well as cowardly chancellors, encouraging students to do anything but learn about the innumerable reasons to love America and Western civilization.

As a means of shutting down dissent, the children decry as offensive anything with which they disagree - a method taught to them by peers and professors. They have developed an inability to debate, learn, and tolerate. Instead, debate is unnecessary; learning is indoctrination; tolerance is agreement with them.

How bad is it? Internet searches are great tools. A brief search revealed the following definition of a “safe zone” at College of Charleston (SC):  “A Safe Zone is a place where one can feel free to talk about being lesbian, gay, bisexual, transgender, queer, questioning, allied, asexual or intersex without fear of criticism or hatred. It is a place where one can feel not only supported, but affirmed and valued.”

What if a Charleston student is a Bible believer and therefore states that such behaviors (and they are behaviors, whether or not one is born with the propensity to behave in such ways) are considered immoral, and that same student then cites George Washington’s explanation that our Republic can only survive if the people are moral? Does that student get a safe zone?

Rutgers University’s website states, “Safe spaces simply indicate locations on campus where numerous people have received extra training in how to work with and address the special needs of LGBTIQ people.” I was unable to ascertain whether the letter “I” added to “LGBTQ” was a typo or an invitation to those “Incapable” of surviving in the real world.

To my surprise, Safe Zones are only for LBGQTs on many campuses. Purdue, North Dakota State, Arizona, North Carolina, Iowa State, the Jesuit school Saint Louis University, and many other universities stress or only name homosexuality as the purpose of their safe zones. It seems rather intolerant not to allow other views to find inclusion in Safe Zones, but such is the logic of children and their enablers. No doubt opposition to same-sex marriage, even by those who do not regard homosexuality as wrong, is verboten in a Safe Zone, if not verboten in the entirety of each university.

A place where only one viewpoint is allowed - worse, where an opposing view is not allowed to be uttered - is an echo chamber. Those who live in echo chambers cannot adapt to reality.

Meanwhile, the University of Missouri is fighting to recover from its tarnished image and subsequent predicted drop in enrollment for this school year. It would take a book to detail every way that MU leadership and professors nurtured many students into intellectual stupors, then reaped what they sowed. What Liberalism touches turns to rust, and the once-top notch university has a serious image problem that at best will mean job cuts before a turnaround comes in a couple of years. When both students and donors stay away, pain is felt at an institution of higher learning.

Last school year, the students at the University of Missouri inadvertently exposed their professors and school leadership as fraudulent educators. This year will see some other school exposed. But no matter. Liberals are never embarrassed by their own intellectual nakedness. Besides, they taught the current generation of reporters; those reporters hesitate to expose the corruption of the Left.

Ah, but the Left has the corner on the market. Mizzou will be fine over time. In truth, it is no worse than most college campuses. Whether it’s the fear of Donald Trump’s name written in chalk on a sidewalk (Emory University, DePaul) or the need for more counselors (the University of Wisconsin-Madison), there are plenty of places to send your weak little growing child for indoctrination, where that child can be protected from such harsh and perhaps unnecessary realities as critical thinking, disagreement, and the still-freshly certified “micro-aggressions.”

Cornering the education market was easy, though time-consuming. Remember the 1960s rejects, the ones who smoked dope, held sit-ins, joined communes, tripped on LSD, preached “free love,” and spit on the veterans returning from military service in Vietnam? Today they run our colleges and universities. They have just enough brain cells left to feel hatred for capitalism and everything American, and they know that the next generation of leaders - and community organizers - sits in their classrooms.

These professors carry far more influence than parents, who are regarded as gullible, misguided though well-meaning people who raised children to become teenagers, but also polluted the environment, brought on global warming, invented the pet rock, failed to stop nuclear weapons, and made the poor children uphold ancient values that no longer apply, because well, because they’re old. Yeah. And out-dated. That’s right. That’s why. And don’t tell the kiddies or the professors any different because they can’t handle it.

Being offended is the act of a weak individual jumping up and down and crying in order to convince others to change the behavior of a stronger individual, or to label the strong as unacceptable. There are about to be a lot of offended college students across the country. The children are back in school, which is sad for the good kids on campus, who are the ones at risk because they truly want to be educated.