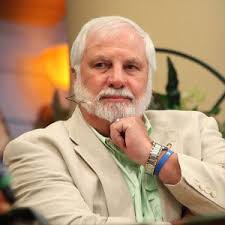 nderstanding the reasons can help us to understand the times. Following is a list of reasons for this rising anger. Then we are going to propose solutions that will make Americans not only happy again, but living with vision and purpose. The ten reasons are...

#1)   THE BELIEF THAT WE ARE BEING LED ASTRAY. Polls and studies all tend to agree that at least two-thirds of Americans think the country is going in the wrong direction.

#2)   THE SENSE THAT WE ARE BECOMING INCREASINGLY VULNERABLE TO THE WORST DANGERS. Americans now have hundreds of millions of people who think that to kill us would be to do God a favor.

#3)   THE FAILURE TO RECOGNIZE THE ENEMIES SEEKING TO DESTROY US. You can never defeat an enemy you don't see, and we are at increasing risk because of our government's failure to see and name the enemy. Our DHS (Department of Homeland Security) sent out a memo on the primary terrorist threats to America, and named Christians (who believe the Bible), veterans, and 2nd Amendment rights groups as the primary threats and did not even list Islamic extremism where 99% of all terrorist attacks are coming from. You could not be more blind than that.

#4)   ILLEGAL IMMIGRANTS ARE GIVEN MORE RIGHTS, ATTENTION, AND BENEFITS THAN CITIZENS. America was built by immigrants and they continue to bring much of the life, vibrancy, and strength we need, but the favoring of illegal immigrants over citizens is causing much of the rising anger in America.

#5)   UNCONTROLLED IMMIGRATION IS MAKING EVERY AMERICAN INCREASINGLY VULNERABLE TO TERRORISM. Few Americans are against immigration, or helping refugees, but with so many trying to get in who want to do us harm, we just want to know who is being let in. For a single one to be let in without proper vetting is a crime and violation of the basic responsibility of our government to keep us safe.

#6)   ILLEGAL IMMIGRANTS ARE BEING GIVEN MORE ATTENTION AND RESOURCES THAN OUR VETERANS. The way our veterans have been treated by their own government, even being stripped of more resources and benefits while illegals are often treated better than them, is an OUTRAGE.

#7)   THE SHAMEFUL DEMONIZING OF LAW ENFORCEMENT. Our police experience the stress of combat soldiers almost every day. They see the worst of humanity almost every day and risk their lives to keep us safe every day. Why many don't crack under this stress is a testament to how good and strong the overwhelming majority is. For our leaders to disdain and demean them the way they have is every bit as disgraceful as the way they have mistreated our veterans.

#8)   GOVERNMENT LYING AND CORRUPTION. Every time we start to think U.S. Government corruption and lying could not get any worse, it does. Almost every candidate now runs on a platform of going to Washington to fix the mess, but it is rare for any not to become part of it as soon as they get there.

#9)   GOVERNMENT INCOMPETENCE. When we learned that the DHS had paid one billion dollars to have a single form digitized, we were sure it could not get any worse. It has. We just found out that the DOD (Department of Defense) cannot account for trillions. Mismanagement in government is now so out of control and is consuming so many of the resources of the country that it does not take an economist to know that this cannot continue without an ultimate collapse.

#10)   THE LIVES OF THE POLITICAL ELITES ARE BECOMING MORE LAVISH, WHILE THE LIVES OF THE PEOPLE ARE GETTING WORSE. Those who imposed Obamacare on the nation that did not want it was bad, but when they exempted themselves and gave themselves a much better plan, it angered Americans, and they are still angry. When Americans see the double standard of how the political elites can be exposed as criminals, but not even be prosecuted, they get angry, and this anger is building.

Thirty years ago I wrote about how our country had a brain tumor, and if not operated on soon it would grow and threaten the entire nation. Now the whole nation is in jeopardy. The brain is our government, and cancer forms when cells begin to consume and grow for their own benefit without regard for the rest of the body. That cancer in our government is now so big that it is close to killing the whole body. We can't keep taking aspirin to just try and make the pain go away. We need radical surgery, now.

(This article was originally posted on www.TheOakInitiative.org.)