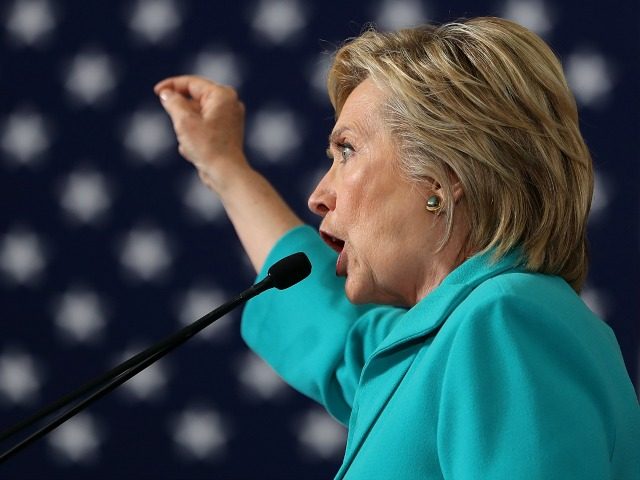 various writers, including its in-house faux conservative bloggers and columnists, The Washington Post is going over the edge with its assault on Donald J. Trump. Does the paper realize how ridiculous it looks?

One of the big new issues they are using against Trump is his alleged support for what Gerson calls “white nationalism” and Rubin calls the “white supremacist movement.” Rubin refers to the hiring of Stephen K. Bannon as the campaign chief executive as a “wink-wink” to the white nationalists.

I frankly don’t know who or what she is talking about. Is it objectionable for white people to defend their interests and even be proud of their race? Is that “white nationalism?”

This overkill attack from the media was sparked by Hillary Clinton’s speech on Trump and the “alt-right,” whatever that is.

It would be nice if these columnists would let the pro-white groups speak for themselves. It would also be nice to have a few facts in place of their vitriol.

One good source of information on all of this is the website of American Renaissance, a self-described “white advocacy organization.”

American Renaissance declares, “The United States is not a territory that is up for grabs, and that belongs to whoever manages—legally or illegally—to get here. It was founded by Europeans, who gave it its culture and institutions, and America’s European core has every right to resist dispossession.”

Is there some doubt that European Americans founded this country?

American Renaissance goes on to say, “American Renaissance is a voice for all white people whose hopes for preserving their people and culture are being sacrificed under the delusion that diversity is a strength. Diversity of race, language or religion is a source of weakness and tension for a country. To ask whites—anywhere in the world—to ‘celebrate diversity’ is to ask them to celebrate their declining numbers and dwindling influence. It is to ask them to welcome oblivion.”

One can disagree with Trump on this or that issue. But the idea that it’s wrong to appeal to or attract white voters is simply ludicrous. Is it objectionable for whites to advocate policies advantageous to their race?

What the liberal media are afraid of is that Trump is appealing to white voters who are tired of politicians bending over backwards to appeal to minority voters at the expense of whites.

It is perfectly fine, from the liberal media’s point of view, to appeal to blacks and other minorities. But whites are off-limits. Hence, to even speak of a “white identity” makes one a racist or a nationalist. This is complete nonsense, especially from a media that doesn’t even use the accurate phrase “illegal aliens” anymore.

In 2012 the Obama campaign ran a 60-second ad entitled, “We’ve Got Your Back,” appealing to black voters’ nostalgia about the election of the nation’s first African-American president. It called on those voters to “have the President’s back” and stand with Obama again in November of 2012.

Obama’s mentor had taught him that black people have “reason to hate.”

Where was the outrage?

We commented four years ago that Jared Taylor, author of the book, White Identity, had been banned from most programs because he dared to talk about whites as people with special interests of their own, separate from various minority groups. Taylor runs American Renaissance.

He’s getting more attention today because he is a target of Hillary Clinton’s campaign against Donald J. Trump. Taylor has been lumped into the alt-right category and branded as a “white nationalist.”

Most of these labels originate with the Southern Poverty Law Center, which makes a good living (and has a $300 million endowment) demonizing anybody on the right who opposes Cultural Marxism.

In her speech attacking Breitbart, Hillary Clinton said, “According to the Southern Poverty Law Center, which tracks hate groups, Breitbart embraces ‘ideas on the extremist fringe of the conservative right. Racist ideas.’”

The Southern Poverty Law Center has zero credibility. Even honest liberals call it a fraudulent money-making machine that specializes in smears of effective conservatives and tries to shut down free speech.

The real story is that the white working class has been abandoned by liberals in the Democratic Party, making bad trade deals and using the climate change scam to close down energy industries such as coal. Trump appeals to those people hurt by liberal policies.

It has now become “white supremacy” and “white nationalism” to want jobs for white people and futures for white kids.

Trump talks about these communities losing jobs, but getting heroin in return.

Where is the outrage?

Years ago, when the liberal media picked up false charges about the CIA shipping crack cocaine into black communities (recently made into a major motion picture called “Kill the Messenger”), congressional hearings were held and politicians like Rep. Maxine Waters (D-CA) cried racism.

In the case of the heroin epidemic, the Obama White House rolled out a “fact sheet” on the problem and held a summit.

Trump and others have been saying that heroin is coming to the United States primarily from Mexico. The liberal media admit this is true.

So Mexico is supplying the heroin that is killing white Americans. Trump wants to build a fence to keep the stuff out.

Hillary has a $10 billion plan to fight drug addiction with “multi-faceted federal policy leadership.” Her plan says nothing about how to stop the heroin, which kills white people, from coming across the border.

This article was originally published on Accuracy in Media