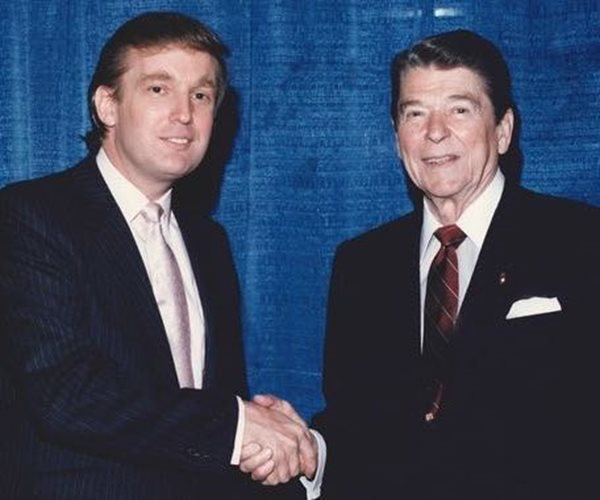 s the election draws close, a new report from a communist defector to the United States and a new book from two staunch conservatives have put the stakes in very dramatic terms. Former Romanian intelligence chief Ion Mihai Pacepa warns of a “looming disaster” if socialism takes hold in the United States, while J.B. Williams and Timothy Harrington contend that a “New American Revolution,” as represented by Donald J. Trump, is the only way at this point to save America from four more years of Marxist rule.

After almost eight years of Obama, desperation is setting in. Pacepa’s Looming Disaster report is being provided for free by WorldNetDaily, while the book, Trumped: The New American Revolution, is available for a modest price from a conservative website that celebrates American principles of freedom. They both make the critical point that an America built on freedom and capitalism is fading fast.

The Williams/Harrington book helps to explain the Trump phenomenon. There’s no doubt that the New York businessman is representing the views of millions of Americans who are disgusted by what America has become under Obama. As Trump says, this is a “movement” that has taken hold in the country. The authors explain the failures of the Republican Party in detail.

The problem with both the report and the book is that the case is not made in either that Trump is personally devoted to conservative free market principles.

Pacepa does write, “I know a few of Donald Trump’s intelligence advisers from my past cooperation with the U.S. intelligence community, and I have no doubt that a President Trump will start a new ‘Campaign of Truth’ that will wreck ISIS and remake America as leader of the world without firing a shot.”

A “Campaign of Truth” is truly what is needed. But is Trump up to the job? Based on the lousy campaign he has waged so far, many conservatives are doubtful.

Pacepa also declares, “America’s reputation was built around a procession of patriotic capitalists, like Donald Trump, who were elected president because they had been successful in business and in defending our country’s wealth and freedom.”

Pacepa makes the case that Trump has all the right enemies, including a number of communist groups. Having the right enemies is a feather in his cap. But what troubles many conservatives is that Trump’s conversion to conservatism and the Republican Party is recent, and that it looks at times like he is trying to lose the presidential election.

Nevertheless, the Pacepa report is well worth your time and attention because he has a keen understanding of how the left has undermined our heritage through communist tactics, like disinformation, that confuse many people. You can sense by reading the pages of his report that he thinks America is slipping away from its founding principles, and that the communists are on the verge of total victory.

The Williams/Harrington book is also good at analyzing the sorry condition of America today, but falls short of making the case that Trump is another Reagan, although the comparison is offered to readers.

They say, “The resolve among Trump supporters has not been seen in this country since voters from across the political spectrum gathered together to replace Jimmy Carter with Ronald Reagan.”

That fervor is real and something to behold. The difference is that Reagan had a track record of involvement in the conservative movement and the Republican Party. Trump has neither. A long-time Democrat who contributed to the Clinton Foundation, he has basically engineered a hostile takeover of the Republican Party. The Republican Party establishment, which failed to stop Obama and gave Trump the opportunity to succeed, was overthrown.

This difference is important because many of the people backing Reagan were educated about conservative issues that Reagan also knew a lot about. By contrast, Trump touches on hot button issues, such as immigration, terrorism and common core, but does not seem able to articulate a message of why these issues matter and what he is going to do, in detail, to deal with them.

Nevertheless, the reaction to him is still as real as that which greeted Ronald Reagan. Anybody who has attended or watched one of Trump’s rallies knows there is a longing for another Reagan-type figure which can reverse America’s decline.

Can Trump be that figure?

In addition to his oratorical style of personal insults and one-liners, which have alienated many voters, his Achilles heel is the reluctance to address Russian aggression in the Middle East and Europe. Trump’s campaign connections to acolytes of Vladimir Putin have been made into a campaign issue by Hillary Clinton, herself a dupe of Putin when he exploited her Russian reset.

By contrast, Reagan never turned a blind eye to Russian aggression. He used a process known as “dialectical reversal” to turn the tables on Communists and promote a pro-freedom philosophy.

In an exchange of emails I had with the famed defector who is desperate to save America, Pacepa told me, “Our 2016 elections should exterminate nuclear terrorism and the bubonic plague of Marxism, which dispossessed over a trillion people of their properties, killed tens of millions, and transformed a third of the world into a gulag archipelago.”

His fear of nuclear terrorism is based on how an Islamic terrorist network with Russian support could strike America with no warning and make the body count on September 11, 2001, look minor by comparison.

That “bubonic plague of Marxism,” he makes clear, is carried by Hillary Clinton, and he says she intends to inflict it on America if she wins on November 8. Pacepa warns of America’s further decline into a European-style socialist state unable to defend itself or its allies.

The stakes are high. Regardless of what happens on November 8, the Trump movement will continue. Even if Mrs. Clinton wins the presidency and Democrats make gains in Congress, I don’t foresee Americans slinking away and giving up on the issues that Trump has emphasized.

Whether Trump turns around his campaign or not, this movement is real and determined to fight for American sovereignty, free enterprise capitalism, and educational reform.

We have seen in the squalor called Venezuela that the people may get beaten down, but they still see through the propaganda and disinformation when the products start disappearing from the store shelves and members of their families who protest the slide into socialism start “disappearing.” They understand that the rhetoric about “Socialism for the 21st Century” is a big lie.

Likewise, a Hillary regime in the U.S. may continue to accelerate the descent into socialism, but the American people will still resist. The Trump voters will not go away.

So Trump or no Trump, the “new American revolution,” as Williams and Harrington call it, will never die.

Will Trump become the “last peaceful effort to retake control of their party and their country?” That’s what Williams and Harrington suggest may come to pass.

Will the Republican Party end up on “the ash heap of history?” They also suggest this is possible if Trump goes down to defeat.

These are important questions. Another is, “Is Trump serious about winning this election?”

Losing a presidential election in 2016, with the Democratic candidate so weak, untrustworthy and offensive in so many ways, could not be blamed on incompetence alone.

This article was originally published on Accuracy in Media