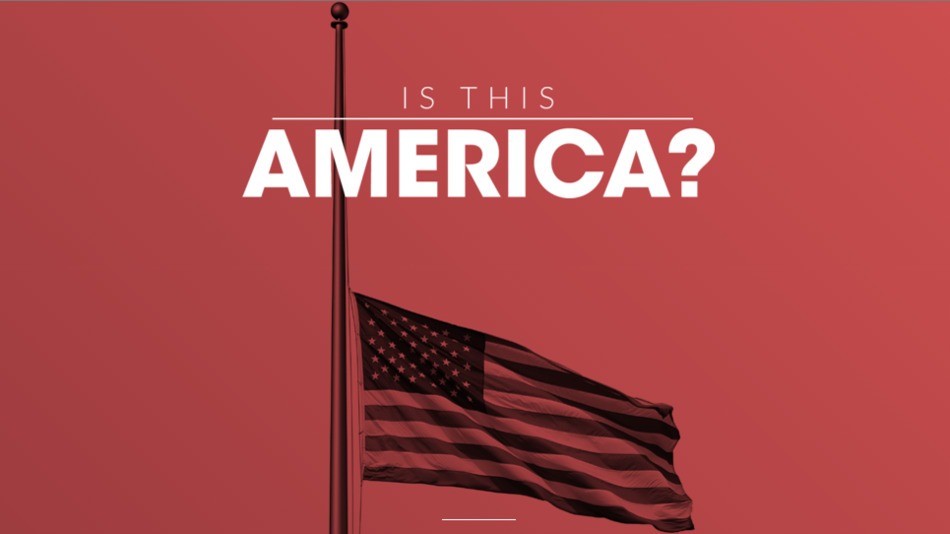 “And the king lamented over Abner, and said, Died Abner as a fool dieth? Thy hands were not bound, nor thy feet put into fetters: as a man falleth before wicked men, so fellest thou. And all the people wept again over him.” (2 Sa 3: 33-34)

Americans are not likely to change course because one writer provides a condensed version of ancient Biblical history in an article. It is daunting to pull a powerful principle from an event that transpired so long ago, but timeless principles are above the trends of the day – they endure in the noblest minds throughout time and eternity.

Noble minds may be patriotic or conservative, but nobility is higher than both. Noble minds understand that today’s so called “civil rights” are another term used to conceal the higher right to do right. Moral decisions are not just biblical laws or admonitions, they are transcendent and are found far above mere law. Civil rights is a term that has come to mean – the right to do or say any damn thing you choose, regardless of the eventual consequence or the pain it may cause for others.

It is the perversion of the golden rule – it is no longer the doing for others, it is doing it to others – whether they like it or not.

Abner was a first cousin to King Saul, but he heard the Prophet Samuel declare David king over all Jerusalem and Israel now he knew that what the prophet had proclaimed was ‘pre-written history.’

He met with David and promised to help join the divided kingdom under the rule of David alone. David loved Abner, a strong young prince, who wanted the will of God to be done and to see his country brought together after years of wars and division.

The stage was set, the deal was done.

But alas – on his return trip to home Joab, the captain of David’s forces, treacherously decided to call him aside to have a few words about the alliance. Still hatefully angry that during one of the wars between Saul and David, young Abner met and slew Joab’s brother in battle – for Joab revenge was fully in play.

He called him aside to speak about the new alliance and then stabbed him to death.

Both David and the nation of Israel deeply mourned the death of Abner.

David lamented that while Abner was not bound, captured or incarcerated that when he gave in to the lure of stepping aside with a sworn enemy – it cost him his life. He died as a fool, or at least having been fooled by his mortal enemy under the guise of – dialog, compromise and the call to study the details of a working solution to the nation’s problems.

Look closely, because for a generation now our children have been called aside by liberal professors and teachers and taught to hate or disdain our history and our hard won heritage.

Our youngsters have been fodder for the nefarious agenda of the LGBT. After claiming that homosexuals should be allowed to teach in California public schools, Harvey Milk persuaded the state to squash Prop 6 because it not only infringed on their “civil rights” but it also was obscene to think gays could not be as good at teaching as others. He convinced golden staters that they would not teach the gay life, but only standard academics.

Now what is obscene? California has blown gender differences to the devil and is teaching nothing’ but the gay life from kindergarten and up. The blade has been plunged.

Our military was called aside to address the idea that it might want to wear a dress. Our enemies are now laughing as the finest military in the world, who while not captured, and not bound are being defeated, mocked and maligned as if it were a rag-tag troop from a second rate banana republic - technology advances notwithstanding.

No enemy has yet sent armies or troops to our shore, yet being led aside to converse on progressivism, the new global tolerance, communistic ideologies and general liberal tripe we are now like a poor dog laying on the side of the road, bleeding out in weakness and defeat.

The liberals waited an eternity to put forth their best champion, Mr. Barack Obama who quickly began to apologize for America, bail out failing companies and regulate small businesses out of existence.

His follow up to all of this was to stay on the golf course and work out a better game while aided by just enough liberal justices he helped to squash DOMA, bring in God mocking “gay marriage.” Throw in trillions of dollars’ worth of debt, mis-use of executive power, paying unconstitutional ransom to our enemies, more inhuman and bloody abortions and leaving the nation in a general state of beleaguered dysfunction, the blade is plunged in yet once again.

And now we are called aside again to what might well be the final death blow, this time it comes from the left’s best presidential candidate – Ms. Hillary Clinton. She appears in rallies and venues across the country with the latest and best offering of the liberal machine.

She is calling America aside, with soft rhetoric, - she asks us to believe her intentions, but we already know her intentions and her record - that is why we must not answer her deceptive call.

She must now avoid the press, the FBI, the Justice Department and above all - the truth.

Let’s not get pulled aside again.

For God’s sake – this time vote for somebody else!

Let’s not die as fools.