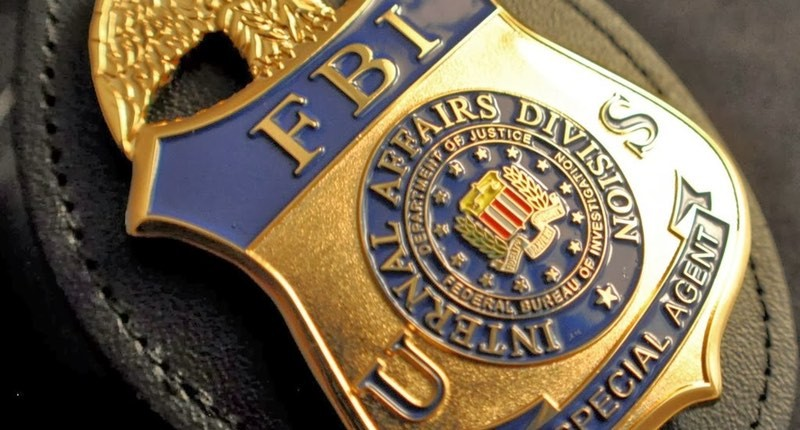 Though no one was indicted, neither was anyone exonerated following the investigation by James Comey's FBI into Hillary Clinton's Server Gate scandal.  In fact, real questions have now been raised as to the objectivity and the competence of the FBI leadership.

As we saw during the debate between the vice-presidential candidates, Democrats love to use the FBI investigation as proof of Hillary Clinton’s innocence in the Servergate scandal. They must have missed those congressional testimonies of FBI Director James Comey, which show that the more we learn about that investigation, the less credible it becomes. On the heels of Comey’s testimonies, only Clinton’s ardent supporters and the hopelessly naïve have any trust in its outcome. Only they believe that Clinton and her cohorts were treated like other citizens would have been treated. Only they believe that no crimes were committed.

Republican Congressmen, many of whom had served as prosecutors, were astonished at the handling of the investigation. Rep. Trey Gowdy cited, among other irregularities, those five immunity agreements that yielded not a single criminal charge. He admonished Comey’s FBI with these words, “That is not the FBI that I used to work with.”

His point was well-taken. In federal investigations, immunity agreements are not offered lightly. They only happen if investigators and prosecutors believe that they would further the investigation. In this case, they were handed out like Halloween candy.

It’s not unusual for investigative agencies to work together when criminal jurisdictions overlap. On more than one occasion during my career, I had the opportunity to work with agents of the Bureau. Like Mr. Gowdy, I too, remember a different FBI.

The agents I knew might have arranged immunity deals between the prosecutor and a cooperating subject only if they had assurances that it would lead up the chain. There would have been a written agreement, a proffer, delineating what each side would get. And, as part of the deal, any information provided would likely be corroborated, usually with a polygraph exam. In this case, one man was offered immunity to reveal the identity of the person who instructed him to destroy evidence. For that free ride, investigators learned absolutely nothing.

Likewise, the immunity extended to Clinton aide, Cheryl Mills, in exchange for her computer also accomplished nothing. The agents I knew were a bit more resourceful. They would have known that there were other legal means of seizing that device.

Those agents were also determined and tenacious. They would never have been so easily mollified by abject deceit. If Mills had told them she knew nothing about the server during its operation, and evidence contradicted her, she would have been charged with obstruction of justice. And if, during an interview, any suspect had simply dismissed their questions 39 times with the words, “I don’t remember,” it’s unlikely they would have walked away, patting themselves on the back for a job well done.

Finally, they would not have spent a year on an investigation involving untold resources, unless they knew criminal activity had occurred. They would have determined early on if the case had merit. And after months of hard work, they would not have casually shrugged their shoulders, suggesting that no one would prosecute the case. They would have carted truckloads of evidence to the prosecutor’s office to convince him that an indictment was justified.

During his recent testimony, Comey protested: “You can call us wrong, but don’t call us weasels.” Self-righteous indignation does not change the facts. The facts brought out by these hearings suggest that Comey’s FBI was not “wrong,” but either incompetent or something far worse. If Comey and his colleagues slanted the investigation in any way to favor Clinton, they’re more than weasels. They are co-conspirators in a massive cover-up.

Everything suggests that the outcome of this investigation was preordained, beginning with Barack Obama’s dismissive words earlier this year: “There’s classified, and there’s classified,” followed by that covert meeting between Bill Clinton and the would-be prosecutor - a meeting that would have been facilitated by federal law enforcement officers, the security details of both participants. It seems clear that the investigation was never intended to expose the truth, but to extract Clinton from another scandal.

Based on the FBI’s extraordinary history, it’s hard to believe that it’s become incompetent, as Director Comey’s testimonies would suggest. Most believe there is something else in play - that Comey folded under political pressure. Others point to the same theory often cited by critics of Chief Justice Roberts, who used a convoluted argument to support Obamacare. Perhaps, they say, Comey believed the issue was too momentous for one man to decide. Still others have found the explanation on the Internet, awash with allegations connecting Comey and his brother to the Clinton Foundation.  Regardless, no one but Clinton’s supporters trusts this investigation, or believes Comey’s explanations. Like most of the evidence in this case, his once-sterling reputation has been irretrievably shredded.

But that’s not important. What is important, is the reputation of the FBI and the integrity of our government. Comey’s FBI investigation exonerated no one. It only deepened the mistrust Americans feel towards Clinton and the federal government, under this administration. With Obama’s help, Hillary Clinton has again evaded criminal prosecution and now stands a reasonable chance of winning the presidency.

Those who support Clinton and those who consider supporting her should think about this: If corruption begins in the ranks, it will eventually be rooted out, but when it starts at the very top, it permeates down, contaminating everything it touches.