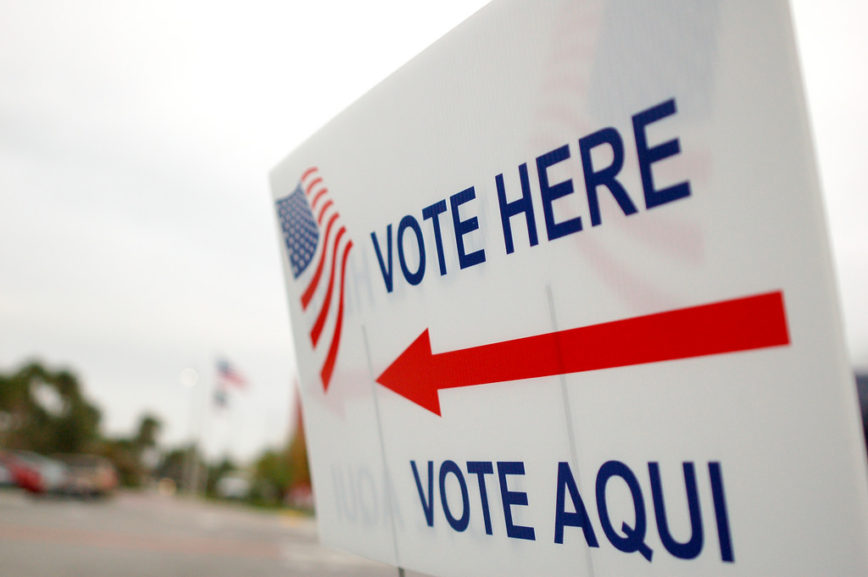 eral media insist that requiring a photo ID to vote is a racist plot by Republicans. Yet students have to go through a rigorous procedure to take the college admission test known as the SAT. Is that racist, too?

My son took the SAT recently and had to print out and take two pages of identification and requirements for test-taking. One page had a photo head shot and listings for birth date, sex, high school, registration number and location for the test center. When checking in, he had to produce another photo ID and the person checking him in had to compare the photo ID to the print-out and what he actually looked like checking in. The purpose is to make sure there is no cheating.

The “progressives” do not think it is necessary to check ID in this manner when free, fair and honest elections are at stake.

In a “Myth versus Fact” hand-out, the AFL-CIO, one of the “progressive” groups backing Hillary Clinton for president, says it is a “myth” that since “Photo IDs already are required for everything from boarding a plane to getting a library card,” that “It makes sense to require a picture ID for voting.” The giant labor federation counters: “FACT: Unlike boarding a plane or obtaining a library card, voting is a fundamental right, not a privilege. Over the course of history, groups on the margins of society have fought and sometimes died to protect the right to vote. Voting is crucial to our democracy.”

Think about the bizarre logic of this claim. Although voting is more important than getting a library card (or taking the SAT test), the AFL-CIO is saying that it is not as important to make sure the process is honest and fair. Hence, people should not have to prove who they are when voting. This odd view taken by the AFL-CIO doesn’t make any sense. Since people died to give us the right to vote, we should do everything possible to make sure the right is reserved for American citizens.

The AFL-CIO position can only be construed as an effort to weaken requirements for voting so that fraud can take place.

But why would the liberal-left have an incentive to commit fraud?

On the night of the vice-presidential debate, Robert Reich, who was secretary of labor under then-President Bill Clinton, sent a “Dear fellow MoveOn member” message to the left-wing group citing “some jaw-dropping statistics that you and I have to turn around.” He said, “Only 65% of Democrats say they’re sure they’ll vote this year—which is lower than it’s been in decades. And it’s eleven points lower than the 76% of Republicans who say they’re certain to vote.” He added, “With Hillary Clinton ahead by an average of just 3.7 points in the most recent polls, this gap in who plans to vote is more than large enough to cost Clinton the election.”

Since Hillary is not an inspiring candidate, the Democrats are clearly worried. Reich said “the hard reality is that this race could go either way depending on voter turnout. That’s why MoveOn’s massive voter turnout operation is so vital.”

The obvious way to commit fraud is to get non-citizens and others supporting the Clinton-Kaine ticket to vote in states which don’t require a photo ID.

The National Conference of State Legislatures says that only 34 states have laws requesting or requiring voters to show some form of identification at the polls, and that 32 of these voter identification laws are in force in 2016.

Of the states requiring some form of identification, only seven require a photo I.D.

Conservative writer Cherylyn Harley LeBon notes that the SAT process went to the use of photo IDs and other requirements after an SAT cheating scandal in 2011 left students in Great Neck, New York facing criminal prosecution. Test-takers accepted money to impersonate other students. The imposters used fake IDs to gain entrance on exam day.

The ID Checklist for the SAT is now very specific. It says ID documents must meet all of these requirements:

·         Be a valid (unexpired) photo ID that is government-issued or issued by the school that you currently attend. School IDs from the prior school year are valid through December of the current calendar year. (For example, school IDs from 2015-16 can be used through December 31, 2016.)
·         Be an original document (not photocopied)
·         Bear your full, legal name exactly as it appears on your Admission Ticket, including the order of the names.
·         Bear a recent recognizable photograph that clearly matches both your appearance on test day and the photo on your Admission Ticket.
·         Be in good condition, with clearly legible English language text and a clearly visible photograph.

Comparing taking the SAT to voting, LeBon notes that the College Board, which administers the SAT, “quickly set up strong ID verification standards when their credibility was challenged. One would expect governments to be more willing to protect the integrity of every vote cast.”

Republicans have tried to meet this challenge. But the progressives and their allies have fought verification, integrity, honesty and fairness every step of the way. This is a story that should be told. Unfortunately, it is twisted by the media to make it seem like requiring an ID is racist. This phony charge is evidence that the progressives intend to manipulate the system and commit vote fraud. There is no other explanation.

This article was originally published on Accuracy in Media (AIM.org)