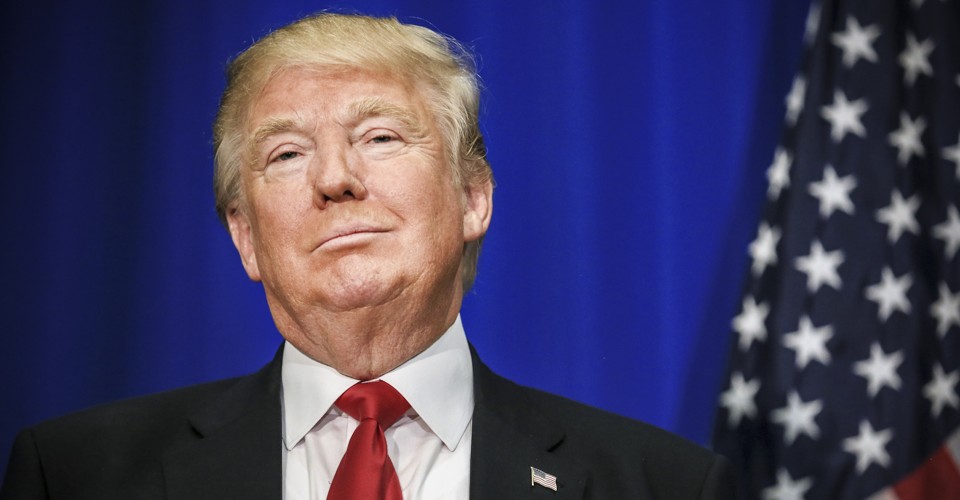 After the airing of tapes recently that showed Donald Trump making crude remarks about women, you’d think that it’d be all over for him. Polls taken after the comments were published reveal a decided bump for his opponent Hillary Clinton. In the second presidential debate, however, he unleashed a truth offensive that exposed the many faults of the former Secretary of State while breathing some life into his embattled campaign.

It’s certainly true that Donald Trump is a different kind of candidate. You probably don’t want your kids to grow up to be like him; he has no filter, something both refreshing and wincingly outrageous at the same time. It’s gotten him into plenty of trouble and establishment Republicans have deserted his campaign like rats from a sinking ship.

What these big shots don’t understand is that Donald Trump was a private citizen when he said these remarks 11 years ago. Career politicians like them or Hillary Clinton, for that matter, have spent their lives carefully parsing their words and, as she said in a Wall Street speech, have a public and not-so-public position on just about everything.

A private citizen, however, can be truthful and, crude as he may be, Donald Trump is pretty honest. He admits he takes advantage of the tax code, like every successful businessman should. He call Hillary a liar because, well, she’s a liar. He calls the media names because they deserve it. He says that he’s debating both Clinton and the moderators because, like most Republicans, that’s exactly what he has to do. He says that the Clinton Foundation sells influence and access, because it does.

Donald Trump is inconveniently truthful, and career politicians and media people aren’t used to that kind of abuse. They sputter and stammer. They have mild service and major conniptions. When confronted with the kind of candor that Trump displays, they claim bad temperament. They openly suggest that he’s a madman and, whatever you do, don’t listen to the guy.

The elites expect to be kowtowed to, because they have power and influence. They believe that the average Joe isn’t interested in any version of the truth other than their own. It’s worked out pretty well for them, until now. Donald Trump has changed all that by not allowing them to get away with things like secret email servers and outright sexual abuse.

Trump may talk dirty and is surely not a saint, but he hasn’t been accused of rape (although don’t be surprised if a Clinton fanatic comes forward with vague accusations before November). He hasn’t gotten rapists of 12 year old girls off the hook and then laughed about it, as Secretary Clinton has.

I’ve heard recently that Bill Clinton’s sexual issues aren’t his wife Hillary’s problem. Besides the obviously ridiculous nature of this argument, she says that he’s going to be part of her administration, maybe even control the economy. To me, that’s a problem, and it shows that she doesn’t own the deed to the moral high ground.

Donald Trump isn’t the best candidate, maybe one of the worst we’ve seen, but he’s running against Hillary Clinton, the Alpha female of the sleaze pack. Smug and condescending, she knows the proper public position to take that will make Americans think she is presidential material. She hide her real position until she’s elected, because that’s what politicians do.

Hillary Clinton gleefully admits that she is the third term of President Obama. How did the last 8 years work out for you? Ask anyone who lives in Chicago’s violence-ridden inner city. Look in Hillary’s closet, and you’ll see more skeletons there than in Donald Trump’s.

Hillary knows what’s good for you and you’d better agree (if you know what’s good for you). She puts those who don’t in a “basket of deplorables”. She believes that these folks, a good hunk of the electorate, are irredeemable racists, misogynists, and all sorts of other “ists” that must be suppressed. At the same time, she wants to bring in and elevate anyone who will reliably vote Democrat, even if they have a negative view of the United States.

This isn’t broadminded altruism; this is a cynical attempt to pad future voter rolls and make it impossible for a non-Democrat to even win high elected office. The sad thing is, it’s working. Even George W. Bush wonders aloud if he’ll be the last Republican president. Will he?

High-minded conservatives need to realize what will likely happen in a Clinton presidency. Liberal Supreme Court justices will interpret the constitution is such a way that will turn the country irrevocably leftward. The right to bear arms will be crippled by the new SCOTUS when they allow victims of gun violence to sue firearms manufacturers, bankrupting them with tobacco company-level judgments. Military interventions will be common but half-hearted, never leading to significant change but strengthening international opposition and disdain when we allow lines in the sand to be crossed with impunity. Budget deficits will continue to skyrocket. Real unemployment will, as well, despite rigged statistics that suggest that “all is well”. Free speech, already outlawed on college campuses, will continue to lose ground to microaggressions and the protests of outraged social justice warriors.

That’s what you can expect in Hillary’s America. Want to move the country back in the right direction? You’ll have to put your disgust at Donald Trump’s bad behavior in your back pocket and vote for him. You might not want to have a beer with the guy or listen to his locker room talk; I get it, but the alternative is so much worse. If you want an America that you can still recognize in ten years, you have to act now to save the nation. The country’s future is in your hands.