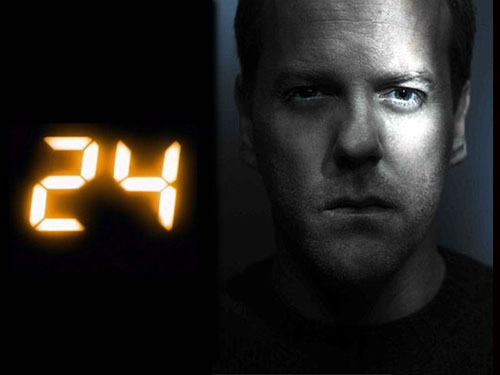 Life is about perspective. You can grumble or curse about a broken leg, or you can remind yourself of the man who has no legs, yet participates in life to the fullest. You can be happy living in a lower-end neighborhood, satisfied with what you have, or you can make ten million dollars a year and never be happy because your neighbors make twice as much as you do.

Perspective is manifested in multiple ways, displayed in even more. In politics, perspective is often the result of how your brain is wired. A liberal and conservative can look at the same situation and have disparate concerns and reach opposite conclusions about potential solutions. For example, on the general topic of poverty, the liberal wants to not only help, but to force everyone to help as part of a civic duty. The conservative wants to clear a path for the poor person to help himself.

For those who enjoyed the former television series “24,” which starred Keifer Sutherland, consider that conservatives saw the show as a kick-butt right wing celebration of getting the bad guys the “necessary” way. They could not believe that liberals liked the show.

Liberals saw “24” as a lesson on the perils of trusting the military, the primacy of civil liberties when hunting bad guys, and the success of watch dog groups holding back rabid conservatives. They could not believe that conservatives liked the show.

My favorite depiction of perspective is a meme that shows Godzilla fighting a fellow large lizard. The caption to the photo reads, “If you watch Godzilla backwards, it’s about a benevolent lizard that rebuilds a city and then moonwalks into the sea.” My kind of humor. And yes, it’s all a matter of perspective, even with Godzilla.

It’s that perspective which causes Hillary Clinton supporters to ignore her long list of felonies, her lack of familiarity with the concept of honesty, and the corruption that has extended over the decades, all while pointing at Donald Trump’s foibles. Meanwhile, Trump supporters ignore his obnoxious behavior, his own struggles with the truth, and his lack of principles, instead pointing their rage at Hillary’s many flaws.

It’s also perspective which either allows people to stand on principles or to be ridiculed for not understanding practical realities. When radio talk show host Glenn Beck stood on his principles and announced that he will vote for neither Clinton nor Trump, the perspective of others led them to either applaud or ridicule him (mostly ridicule).

A personal story about perspective and principle is in order here. When I served as the Deputy Campaign Manager for a man who ran for the California State Assembly, my duties made me a co-Campaign Manager, the man in charge of opposition research, and the chief supplier of information on the issues for the candidate. When in the duty of conducting opposition research I uncovered damning information about our opponent; my candidate was torn. The information was damning to the point that it would have destroyed the man’s professional life, and it also would have made him- the candidate- responsible for dragging us all through the mud to take out our opponent.

The press was not on our side, and I could not successfully leak information to reporters, as I had in the past with other information. The candidate called together his closest friends and supporters and we discussed the matter. Every single person in the room wanted him to move forward with a press conference to release the dirt on the opponent- everyone, including me. The candidate himself was the only person in the room out of two dozen who opposed the release. Yes, he wanted to win, but he did not want to go through the mud, and he did not want to be the person connected with the man’s personal downfall.

We argued with him- cajoled and begged. He did not budge. He stood on his principles. Over time, I saw that it was a matter of not only principles, but his perspective. He knew that our opponent deserved the fall, but my boss saw it from the perspective that his life would be inexorably tied to the fallen man in ways which could not be controlled, and he was not willing to win a race by dragging himself so low.

It took time, but eventually I saw my candidate’s perspective. I already held the same principles, but perspective was the ultimate decider. We lost the race and we regretted it deeply, but there was no regret for taking the “high road.” It may seem like an unfulfilling story, but until his death, my candidate was able to live with himself about his decision.

Sometimes perspective dictates how you look at life, but sometimes life dictates your perspective. Either way, just as with happiness and attitude, the perspective you adopt as you live your life is a matter of choice. Try watching a Godzilla movie backwards. It just may give you a different perspective.