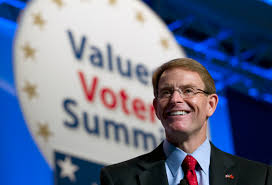 Most people don't need to hack into the Clinton campaign to know the campaign's hostility toward Bible-believing Christians. From the paring down of the freedom of religion to the freedom of worship to the basket of deplorables, Hillary Clinton's comments were certainly clues of her campaign's disdain for those whose faith is important in their lives. Those clues were confirmed this week in a scandal involving two chiefs of the campaign. Proving that Donald Trump's mouth isn't the only liability in this race, Clinton's Communications Director, Jennifer Palmiere, has gotten the campaign in plenty of hot water with her 2011 email exchange with equally prejudiced John Halpin from the Center for American Progress.

The messages (which also included Clinton Campaign Chairman John Podesta) surfaced in the latest WikiLeaks dump, giving undecided voters plenty to think about before November 8. Halpin kicked off the insult-fest with a nod to the CEO of Fox News, Rupert Murdoch, a Catholic who -- shock of shocks -- raised his children Catholic. "Ken Auletta's latest piece on Murdoch in the New Yorker starts off with the aside that both Murdoch and Robert Thompson, managing editor of the WSJ, are raising their kids Catholic. Friggin' Murdoch baptized his kids in Jordan where John the Baptist baptized Jesus," he wrote to Palmiere and Podesta. Going on, he added, "Many of the most powerful elements of the conservative movement are all Catholic (many converts) from the SC and think tanks to the media and social groups. It's an amazing bastardization of the faith. They must be attracted to the systematic thought and severely backwards gender relations and must be totally unaware of Christian democracy."

They're probably Catholic, Hillary's Communications Director chimed in, because they think it's "the most socially acceptable politically conservative religion." Then, taking a swipe at Protestants, she said, "Their rich friends wouldn't understand if they became evangelicals," she added. The comments are revealing because they show that Hillary Clinton's attack on Bible-believing Christians (when she called them a "basket of deplorables," in front of an LGBTQ crowd) were consistent with the broader campaign's contempt for conservative Christians. Even more telling, she not only smeared those who believe in biblical morality as deplorable, she also said they were "irredeemable" (which was a bit ironic, considering that redemption is the crux of the Christian faith).

Unfortunately, this is just par for the intolerant course in the Clinton campaign, which has just as much contempt for Christians' beliefs on issues like abortion, religious liberty, marriage, gender identity, and sexuality. A staunch supporter of the culture of death, Planned Parenthood, abortion mandates, same-sex marriage, transgender rights, and more, Hillary has been offending the Christian faith that she claims to hold for the last 30 years. And it's clear that her staff is cut from the same cloth. What's even more infuriating is that the campaign will go to the mat to protect American Muslims, but when it comes to conservative Catholics and evangelicals, Clinton - like most liberals - thinks that's an acceptable form of discrimination.

As I told Megyn Kelly last night on Fox News (video below), this should be troubling to anyone who wants to live by their faith. Clinton and her staff honestly believe that people who actually want to live by their faith are backwater people. The elitists see religion as a glorified social club -- but if you want to live your life according to Scripture, they hold you in disdain. And talk about a double standard! The Left is demanding Donald Trump's head for his deplorable comments about women, but they give Clinton's campaign a pass for abusing the world's largest religion! Imagine if the GOP's team had said what Halpin and Palmiere did. They'd be in the streets with pitchforks! Trump alluded as much at a rally today, where he blasted his opponent for harboring such animosity in her camp.


"The new e-mails also show members of the Clinton team attacking Catholic and Evangelicals...viciously. That          will not be tolerated by the voters...This is hatred from Hillary Clinton...I tell you what, can you imagine me if             any of this pertained to me? Front page headlines."