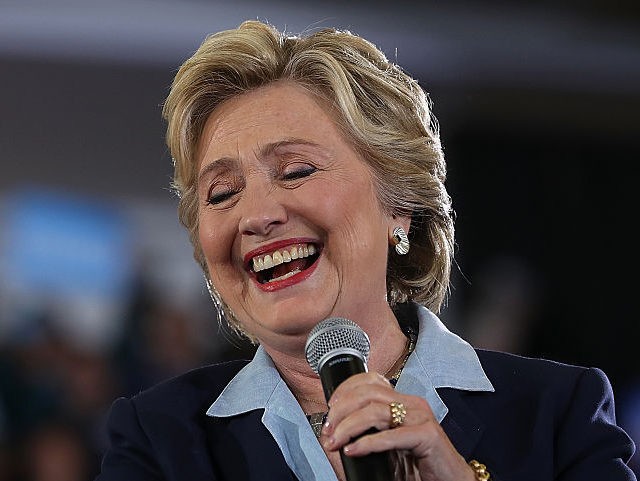 I would like to address the current melee among Republicans regarding our presidential candidate’s locker-room talk which occurred over a decade ago.

Do you suppose these tapes just “surfaced”? Of course not, Hillary has been sitting on them for months, and they are designed to distract conservative voters from the issues. That’s a no-brainer. But congratulations to Hillary: It worked.

The Democrats knew that Republicans would turn against their candidate for these particular infractions. They knew it would dominate the news, and that the disintegration of our nation would cease to be an issue. Well done, Hillary.

I find it mind-boggling that our country is about to disappear before our very eyes. Under Hillary, our nation will fall into bankruptcy, our Constitution will be nullified, our borders will be flooded with illegal’s (and terrorists) who will expect to live off the public purse, our cities will be under nuclear threat from Iran, North Korea and other rogue nations, and we will have rendered ourselves helpless with an ineffectual military (currently under gender diversification training.)

No nation in history has survived as a debtor nation, and once the Fed takes its finger off the interest rate button and the dollar ceases to be an international currency, we are Germany in 1923. The devastation that was Europe after World War II will happen here, only there will be no wealthy, generous nation like the U.S. who will step forward and help us pick up the pieces. Our future will be very, very ugly, and the apocalyptic scenes that our young people watch on the screen will become a reality.

Let’s get this straight: The one man who broke through the stifling political correctness, who had the brilliance, fearlessness, determination, focus, dynamism and iron will, to create his own real-estate empire, has been rejected by his own party because he talked like millions of other men — over a decade ago. We Republicans are a tragic lot: we are just too good for this world. We accept the overwhelming corruption of the Democrats, but reject our own when they offend our sensibilities – ten years ago.

I confess, I live in the real world. It does not surprise me that many leading Republicans had affairs while in office. Politics, power, money and sex are all too often in the same package in Washington, and not just on Capitol Hill, but in the DC press (of which I was a member).

And how could anyone be so naive as to think that there are no huge egos on Capitol Hill? Or anywhere, in the world of power politics? If you want to find Mother Theresa’s, look elsewhere, fellow Republicans. Having a large ego is necessary, and sometimes sufficient, for running for political office. Any politician who pretends to be selfless and self-effacing has been pulling your leg, my friends.

Let us step back a bit, and leave our sensitivities behind for a moment.

In literature, there are what is known as “round” and “flat” characters. The flat characters are one-dimensional, cardboard cut-outs, they are predictable, they are boring, maybe foils to the round characters – they are the “extras”. They lack true heroic status because they are too perfect; turn them around and you see the same side. They do not engage the imagination, and we learn nothing from them.

Then there are the round characters. These are characters who are drawn with a fuller knowledge of human nature; they remind us of people we know. Human beings are not microbes, folks; we are complicated. We have complexities, inner contradictions, self-doubts and regrets, from which we grow into being rounded, more developed human beings – assuming we learn from our experiences. If you read any of George Elliott’s or Tolstoy’s novels, or read Shakespeare’s plays, you will find these so-called “larger than life” characters.

Donald Trump is a round character. He is multi-dimensional. But oh, dear! Naughty, naughty! But while you can shake your finger at decade-old naughty talk, you know that Mr. Trump also raised fine children, and has a stable family life.. He laughs, he jokes, he gets angry, he breaks the rules. But he is a man of vision, with the courage to confront, and to run circles around, the legions of journalists (along with the Vatican, the presidents of Mexico, the Saudi Prince and a British petition) who have conspired to bring him down for over a year. There is a name for this: courage.

Most men under that kind of pressure would have wilted – run away, with their tail between their legs. For eight years, our Republicans in Congress have run from Obama, Nancy Pelosi, Harry Reid and the press like scared little bunnies. Their policy has been appeasement. They have put their stamp of approval on Obama’s entire agenda.

Donald Trump is not an appeaser. But, his major flaw seems to be –oh, horrors! that he likes women – and, if you’ve been watching, women seem to reciprocate. We have here on our hands a colorful personality, not a cardboard cutout, and not one who pretends to be anything other than what he is. And he is not a saint.

Winston Churchill too, was an outrageously rude, crude, vulgar and highly eccentric man. He made big mistakes in Gallipoli during World War I, and spent a decade in the political “wilderness.” Neville Chamberlain, who ran Britain between the wars, was very popular with the British Paul-Ryan-style insiders. Chamberlain, appeased the Germans, ignored the arms build-up of the Germans and their violations of the Versailles Treaty — and continued on the road to disarmament. Until it was too late, and Britain was on the verge of disaster.

Sound familiar? Churchill was brought to power by the British people, you know, the riff-raff – these ordinary folks were quite willing to overlook the warts and choose a man with the steely determination, the oversized ego, the strength and the willpower – the only man in British politics capable of saving them.

Frankly, Americans have not seen that kind of leadership for over a generation. So we don’t know what it looks like. And so we disparage what millions of Americans – the “little people” as the Brit’s would call us — know to be intuitively true: That Donald Trump is a leader. He has shown us that much already.

Pity the poor Republicans. We have it within our reach to save our nation from destruction, and we allow ourselves to be deflated by the carefully planted “October surprise” delivered to us by Hillary Clinton. The poison dart. The 2016 version of the totally absurd Sandra-Fluke birth control episode of 2012, which was designed to convince voters that Mitt Romney was against publicly funded birth control and therefore against women. They are too clever for us. We are easily manipulated.

The Democrats know us better than we know them. They know that they can throw a red herring – like birth control, bathrooms or locker-room talk – and we will run off the cliff like lemmings and hand the election to Hillary Clinton.

And now you will have to make the decision of a mature, practical adult. You are offered two alternative realities:

Do you want to push the lever for the Hillary-Clinton-Saul Alinsky-George Soros ticket — with Obama’s water boy for vice president, who will take over after Hillary collapses? (Bear in mind that Obama has made preparations for this by purchasing a mansion with a ten-car garage in the Kalorama area of Washington, D.C., so that he can continue as shadow president.) Do you want to live in the slavery of a one-party dictatorship?

Or do you want to be a pragmatic grown-up, and vote for Donald Trump and Mike Pence, and live in freedom and prosperity?

Frankly, I no longer have faith that Republicans are capable of saving our nation from the oncoming disaster. We no longer understand how to operate within a power-driven framework. We blame the “uneducated” Democrats, but our fatal flaw is far worse than that: We are handed the opportunity for victory and we turn our noses up because Andy Griffith is not our candidate.

We Republicans are just too good for this world.