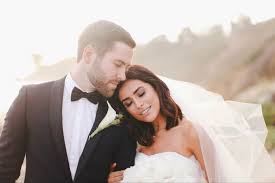 Therefore a man shall leave his father and mother and be joined to his wife, and they shall become one flesh. (Genesis 2:24)

Based on the truth of the Bible, God’s definition of marriage is between one man and one woman (one male and one female).  The first marriage was between Adam and Eve, not Adam and Steve!  Government did not create marriage, God did.

It is interesting to note that even Webster’s Dictionary defines marriage as “the relationship that exists between a husband and a wife.”  When it includes same-sex marriage in its definitions (which it had to add because of the unconstitutional ruling of the Supreme Court on June 26, 2015), it uses the words “a similar relationship” and “in a relationship like that of.”

Many say that Jesus never opposed same-sex marriage, but in two of the three synoptic gospels (Matthew 19:5-6 and Mark 10:7-9), Jesus is very clear on what God said about marriage being between one man and one woman (as He quotes from Genesis 2:24).  Jesus even goes on to say emphatically, “Therefore what God has joined together, let not man separate.”  Jesus not only affirmed God’s definition of marriage, but He also said that man (the government) should not tamper with its original definition.

Now I want to quote from page 19 of the 2016 Democratic Party Platform:

"Democrats applaud last year’s decision by the Supreme Court that recognized that LGBT [LGBT stands for Lesbian, Gay, Bisexual, Transgender] people – like other Americans – have the right to marry the person they love."

From this statement in the Democratic Party Platform, we can conclude that the Democratic Party unequivocally condones and supports homosexuality, lesbianism, and same-sex marriage (even though the statement from their platform misquotes the court’s decision by including the “T” which stands for Transgender).

Now I want to quote from the 2016 Republican Party Platform on page 31:

"The American family is the foundation of civil society, and the cornerstone of the family is natural marriage, the union of one man and one woman.

"Our laws and our government’s regulations should recognize marriage as the union of one man and one woman and actively promote married family life as the basis of a stable and prosperous society.

"For that reason, as explained elsewhere in this platform, we do not accept the Supreme Court’s redefinition of marriage and we urge its reversal, whether through judicial reconsideration or a constitutional amendment returning control over marriage to the states."

The underlying problem with same-sex marriage is that it destroys the family. Furthermore, empirical evidence from around the world demonstrates that when the family unit breaks down, society is weakened, and when society weakens, the nation collapses.  Simply put, nations collapse when families collapse.

The United States is one nation under God – let’s keep it that way by voting the Bible in the upcoming election on November 8th.

NOTE: This article was originally published at www.beyondpositivethinking.org. Go there to request Jim's "Success Scripture of the Week."