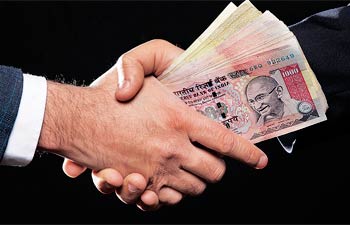 On October 24, 2016, Carol Meek of the Ohio Democrat Party circulated a letter, which I felt deserved to be addressed. An Ohio public school teacher for 33 years, she was distraught about constantly hearing Donald Trump’s “mean, cruel, racist, and reprehensible” words. Of course, this has been a persistent smear campaign conducted against Trump by the Democrat party and mainstream media, which also buries Hillary’s scandals.

Meek said, “The 2016 election is no longer an opportunity to teach about American government in real time... because of the vile words and behavior of Donald Trump.”  How wrong she is!  This is the time to see our government in action, as we are living in an age of a despotic ruling class protected by media corruption, when the common man, one not of Washington and who lived the American dream, may restore our purloined freedoms.  Her students would be exposed to revealed “private conversation” as well as to illegal, private, scheming conversation with people who buy and sell favors that harm our country.  They would have seen “in real time” the presidential debates controlled by biased moderators, and learned later that one candidate, Hillary, was illegally given the questions in advance.  We may soon have the opportunity to watch “in real time” how justice will prevail in a court of law against a candidate who enriched herself on foreign funds, with a history of corruption that should render her ineligible for office.

We have a larger, empowered government that has eroded our liberties, and children who are reading indoctrinating textbooks that provide a leftist and Islamic agenda. Teachers should be teaching about American government as it is meant to be, so their pupils may learn to defend it for their future generation.

If Meek will teach about American government, she must overcome the revisionism and expose the deeds and effects of our current administration and how Hillary Clinton intends to carry on in Obama’s stead.  In comparison with Trump’s vile words (as yet unverified accusations) I present the following for challenge:

·         Bill Clinton’s sexual deviance, pedophilia, and other misconduct while in public office that led to his impeachment by the US House of Representatives on charges of perjury and obstruction of justice.

·         Hillary Clinton’s affair with (the late) Vince Foster and trysts with women, courageously reported by “the fixer” who worked for the Clintons for many years.

·         Hillary’s “hellacious” verbal abuse to the Secret Service who considered protection of the Clintons punishment.

·         President Obama is considered the most divisive president in our history. The Black Lives Matter movement endangers police and aligns with Hamas against Jews and Israel. The BDS (boycott-divestment-sanctions) in schools across America victimizes white students.  Academia teaches that America is immoral.  Our First and Tenth Amendments are compromised and Hillary threatens the Second Amendment.

·         The Clintons use the IRS and FBI to target political opponents, including
subjects of Bill’s sexual advancements.  The mysterious deaths of 47 of Hillary’s acquaintances remain unsolved.

·         Under Hillary’s watch, urgent requests from Ambassador J. Christopher Stevens’s team at the CIA annex for military back-up during the attack on the US consulate in Benghazi were repeatedly denied.  She lied that the attack was due to a video.

·         As Secretary of State, Hillary traveled the Islamic world, accepting payments in the millions of dollars for “speeches,” which were pay-to-play donations for despots to control America’s direction and policies.

·         The Haiti earthquake of 2010 that killed 200,000+ and left 1.5 million homeless attracted $10.5Bn in aid, with $3.9Bn from the US.  The Clintons stepped in, controlled construction of an industrial park and posh hotels, and are accused of stealing the citizens’ money and resources.  The Haitians were never helped.

·         Muslims are employed in cabinet positions and as close advisors, some connected to the Muslim Brotherhood, working in opposition to our American way of life. Obama’s list of Muslims earmarked for high governmental positions has recently come to light, as well as the stealth imposition of sharia law in American courts and unmarked halal foods introduced into our schools and supermarkets.

·         Hillary’s emails are proving to be a betrayal of our country’s highest confidential information, and their illegal destruction verifies her awareness.  Meek’s students should learn why the press was established and how they are failing its obligations by covering up probable sedition.  Discuss the First Amendment with the students.

·         The Affordable Healthcare program, aka Hillarycare, constructed by Jonathan Gruber, and presented to the trusting populace by the duplicitous House Minority Leader Nancy Pelosi, furtively became law because of the “stupidity of the American voter.”  Premiums will be increased by double digits (with care halved), as Gruber admitted it was designed to morph into a government-controlled system, another departure from democracy.

·         A note about Israel, our local and beneficial ally because of her strategic location; cooperation on intelligence gathering; unparalleled military support to America; trade of about $15Bn; innovation in medicine, technology, agriculture; assistance during crises (Marathon bombing, California’s drought, etc.). Hillary will continue Obama’s work to destroy democratic Israel by betraying her borders and ultimately allowing the UN to delegitimize her identity.  Hillary continues to condemn Israel’s normal housing growth while refusing to recognize Jerusalem as Israel’s eternal capital. Trump promises to move the US embassy to Jerusalem.

·         We have a growing record debt of $20T.  Hillary will increase taxes on the middle class and remove our Second Amendment while welcoming unvetted untold millions – an existential threat. Our freedoms are under attack and our students would benefit from learning our heritage and the laws designed to protect our civilization.

·         Common Core Standards is a progressive vision of education, described to “mobilize the nation for excellence and equity in mathematics and science.”  Mobilization means social activism, social engineering for equity or equal outcome; removing academic knowledge, learning, thinking, creativity, thriving, excelling, and pursuing one’s dream, and replacing them with common (equal) attributes for workforce development skills, directing students into a very early career pathway. Common Core suppresses character, creativity, and the pursuit of excellence for the sake of sameness and mediocrity.

·         Hillary’s progressive agenda includes indoctrinating almost all school children in America with a social justice agenda that is based on pure emotion instead of on fact-based reasoning, which is producing violence and rebellion in our young.

·         National investments in educational technologies resulted in zero improvements in student achievement. Technology enables, but does not drive, high-performance learning. Children are not being taught how to think, but what to think.  Grades reflect equality, not excellence; the desires to “learn and go forth” (and follow one’s dreams) are quashed.

·         Contrary to the Tenth Amendment that reserves education to the States or the people (parents), it is now under government control, with a school-to-work (cradle-to-grave) model of instruction that discourages student individuality.  Manipulated according to market need, their natural talents and interests are forced into compliance for a dumbed-down workforce.

·         History textbooks provide information that is deliberately wrong, fallacious, revisionist, and biased, yet this teacher of 33 years naively accepts them as solid facts.

·         Deliberately injurious are the removal of classical studies that improve creativity, imagination, writing and speaking skills, and replacing them with corporate data (dry, boring, discouraging the desire to read) and sexualized (shaming and fear-inducing) literature beyond their maturity; removing phonics (phenomic awareness, the ability to hear, identify, increase vocabulary); and removing cursive writing (which contributes to cognitive development – conscious reasoning, interpreting sensory input, guiding physical actions, empathizing with others).

Carol Meek claims an extensive educational background, yet she justifies teaching according to Common Core standards that also destroys truth, minimizes the importance of Americanism, Judaism, and Christianity, and misrepresents the Islamic ideology. Selectively, she also chooses the one blight against Trump while hiding the numerous crimes committed by Hillary.

Eleven days before the election, FBI Director James Comey has re-opened the investigation against Hillary.  How do the following compare with Donald Trump’s private speech?
Copies of Carol Meek’s form letter have undoubtedly overwhelmed the postal services, encouraging readers to vote for Hillary based on her opponent’s negatives, while disregarding Hillary’s incalculable crimes.  The letter omits Clinton’s leftist-to-globalist agenda and her desire to emulate Angela Merkel’s flooding Germany and Europe with criminal Islamists, and omits Hillary’s resolve for a continuous, borderless Western hemisphere, where the millions may come for our bounty until we are financially destroyed. It is then that the unassimilated, backed by oil wealth, will establish a global caliphate and Hillary may somehow aspire to taking up the sword and sceptre.  May the renewed FBI actions awaken the voters so that we may not leave a lawless country to our progeny.