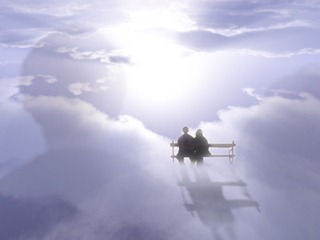 Here’s a thought by Hunter S. Thompson: “Life should not be a journey to the grave with the intention of arriving safely in a pretty and well-preserved body, but rather to skid in broadside in a cloud of smoke, thoroughly used up, totally worn out, and loudly proclaiming "Wow! What a Ride!”
Last week, a great leader, mentor and encourager of mine had his home going. His name was Dr. C. Peter Wagner. I have the privilege of traveling and speaking with Peter all over the world. He was a real father to so many in the Christian community worldwide. He was respected and admired by most everyone he met. Whenever you were around Peter is was going to be a great day. He just made you feel good and live well.
Since so many on my Facebook page knew him I posted a note for others to see, informing them of Peter’s home going. I’ve had so many comments and likes on what I said, I thought it might be a thought for us all at this time.
“What is on my mind right now is the home-going of Dr. Peter Wagner. He was such a major influence in my life. So sad but glad at the same time.
I don't know what to say except that Peter is like David in Acts 13:36....’For David, after he had served the purposes of God in his own generation, fell asleep and was laid among his fathers...’
Peter definitely fulfilled the purposes of God in his own generation. Dying is going to be with the Lord after you have fulfilled the purposes of God in your generation. Murder is going to be with the Lord before you ever discovered or fulfilled the purposes of God in your own generation.
The evil one is called a murderer. He doesn't want to murder people. He wants to murder their purpose or assignment by God for their own generation. Sadly, most Christian’s purposes will be murdered. They will live their lives but never discover their purpose or reason for being. But not Peter. He made his calling and election sure. He fulfilled his purposes for his generation (one of which was blessing and inspiring me, and many others, to be where we are now)...he finished the course.
The evil one had no part in this. There was no murder. Peter’s life was precious....a victory for God, his family, the church and society. It's called dying. The Bible say that it's appointed for man once to die. That appointment is the one appointment that none of us will ever be late for. This was God all the way.
David and Peter are samples of examples of what living is all about. Being part of Thy kingdom come, Thy will be done, on earth and now as it is in heaven, in their own generation. It is finished on this side of the curtain. But his legacy of memories, influence and the contribution of so many books will live on forever.”
Last night, a friend of mine who attended the church I pastored for years, called me up on the phone. He was stunned by what I said on Facebook. He talked to me for thirty minutes. “Ed, please tell people this all over the world. People need to hear they have a purpose and the time to discover and fulfill it is now. Please, please, you have tapped into something and keep saying it.” I didn’t know what to say. I never expected this kind of reaction.
It is true. Our existence is evidence that this generation needs something that only we contain. The discovery of purpose is the discovery of life. There is nothing as powerful as a people whose time has come. Let’s not wait until the end of our life and write a book entitled, ‘The Life I Meant to Live.’
Think of it. Loneliness is not the absence of affection. Loneliness is the absence of direction. Knowing our purpose moves us from “Why me” to “What’s next?”
By the way, I think Peter would enjoy the opening quote in this article…he loved to laugh! He would say, “Yeah, that’s me…Wow…what a ride!”
Copyright ©2016
Read more by Ed Delph
Tweet