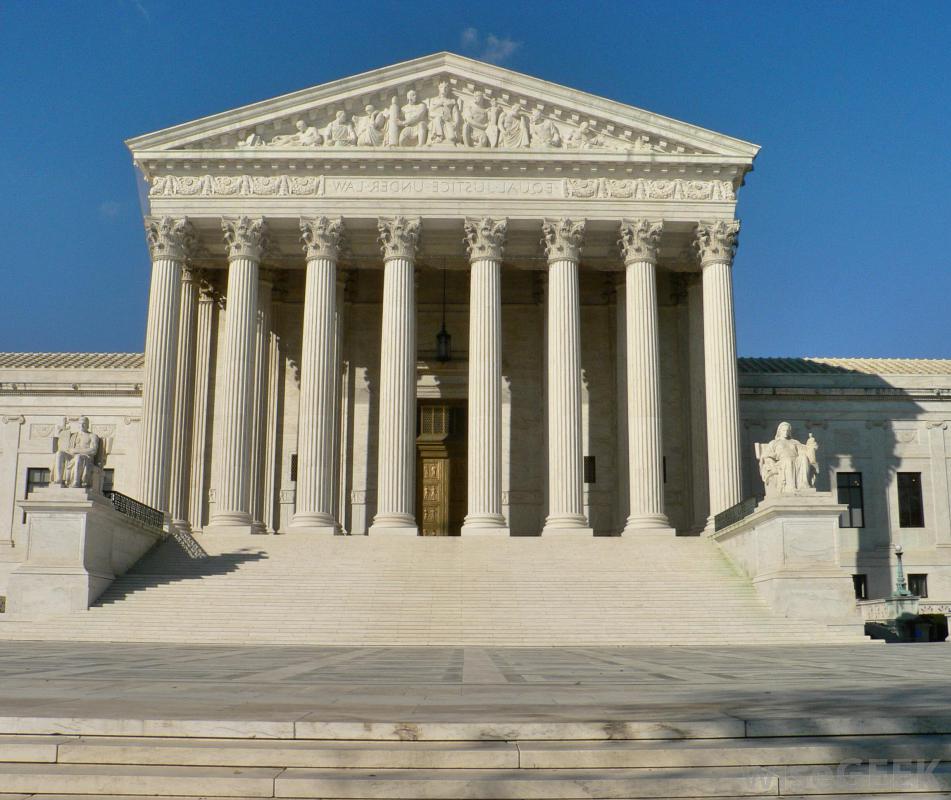 The Scriptures speak extensively about the direct impact judges have on the righteousness of a nation.

Proverbs 29:2 (NKJV)
When the righteous are in authority, the people rejoice; but when a wicked man rules, the people groan.

This Bible verse states that people are happy when there are righteous public officials, which would include righteous judges.  Even though everyone may not realize it, righteousness is what makes people happy, not sin, and not public policies that oppose the truth found in God’s Word.

Unfortunately, it has been the judges, not the legislators who have imposed most of the unbiblical policies now in place, including but not limited to, abortion-on-demand, same-sex marriage, and prohibitions against public acknowledgments of God.

A President will be gone in eight years or less, but the judges he appoints may remain on the bench for decades afterwards, and as a result, their influence is far greater than his.  Therefore, a President should be selected first and foremost on the type of judges he will nominate.

Here’s a perfect example: If John McCain was elected in 2008 instead of Barack Obama, he may have appointed different Supreme Court Justices.  The two Justices that President Obama appointed (during his first term in 2009 and 2010) were Sonia Sotomayor and Elena Kagan, who both voted in favor of same-sex marriage.  This unconstitutional ruling made same-sex marriage a federal law on June 26, 2015.

The vote was 5 to 4 in favor of same-sex marriage.  If there were two conservative judges (instead of Sotomayer and Kagan), the vote probably would have been 6 to 3 against same-sex marriage.  Personally, I encouraged people to vote for John McCain, not because I thought he’d make a good President, but because of the influence, and subsequent implications, that the next two Supreme Court Justices would have on our country.

It’s worth noting that prior to 2008, when Justices John Roberts (in 2005) and Samuel Alito (in 2006) were appointed to the Supreme Court, the country began to move in favor of national righteousness.  Here’s an example: In the area of abortion, prior to these Justices, there had been no pro-life rulings by the Supreme Court since its original 1973 abortion-on-demand decision in Roe v. Wade.  But after the arrival of John Roberts, the Court upheld the federal pro-life law banning partial birth abortions by a 5-4 vote.  Other positive decisions included the definition of marriage between one man and one woman, numerous Ten Commandment cases, and other faith-based issues.  Clearly, on issues such as abortion, marriage, and religious expressions, the Supreme Court (prior to the 2008 election) had moved in a God-honoring direction through the appointment of two originalist judges.

However, in recent years, two competing philosophies of judicial nominations have emerged; namely, to follow original intent, or to judicially rewrite the U.S. Constitution and treat it as a daily evolving document (referred to as the living constitution approach).

Under original intent, judges actually read the Constitution and attempt to follow its clear written meanings until such time as the people themselves amend the Constitution to give it a new direction in a specific area.  The result is that originalist judges acknowledge the people and the legislature, not the judiciary, as the national policy-making branch of government, and thus, rightly honor the will of the legislature and the people.  This approach leaves power with the people and their elected representatives.

Under the living constitution approach, history and precedent are largely irrelevant.  The argument is that people today should not be bound by a two-centuries-old document.  Under this approach, judges become super-legislators and create national policy.  Their “constitution” is therefore completely flexible (or “living”) and is always evolving as they rewrite it at will from decision to decision.  This goes completely against what the President of the United States promises during his inauguration in the oath of office pledge; namely, “I do solemnly swear that I will faithfully execute the Office of President of the United States, and will to the best of my ability, preserve, protect, and defend the Constitution of the United States.”

Living constitution judges overturn popular elections with which they disagree, including elections in New York and Washington that banned physician-assisted suicides, in Arkansas and Washington that enacted term limits, in Missouri that rejected a tax increase, and in California that defined legal marriage as between one man and one woman.

Here’s what we can conclude: Original intent empowers the people whereas the living constitution empowers the unaccountable elite.  The President, more than any other individual, will determine which approach becomes national policy through the judges he appoints.  Biblical voters should make their selection for President first and foremost on the basis of each candidate’s judicial philosophy – the original intent philosophy or the living constitution philosophy.

Vote YES for Original Intent and vote NO on Judicial Oligarchy!