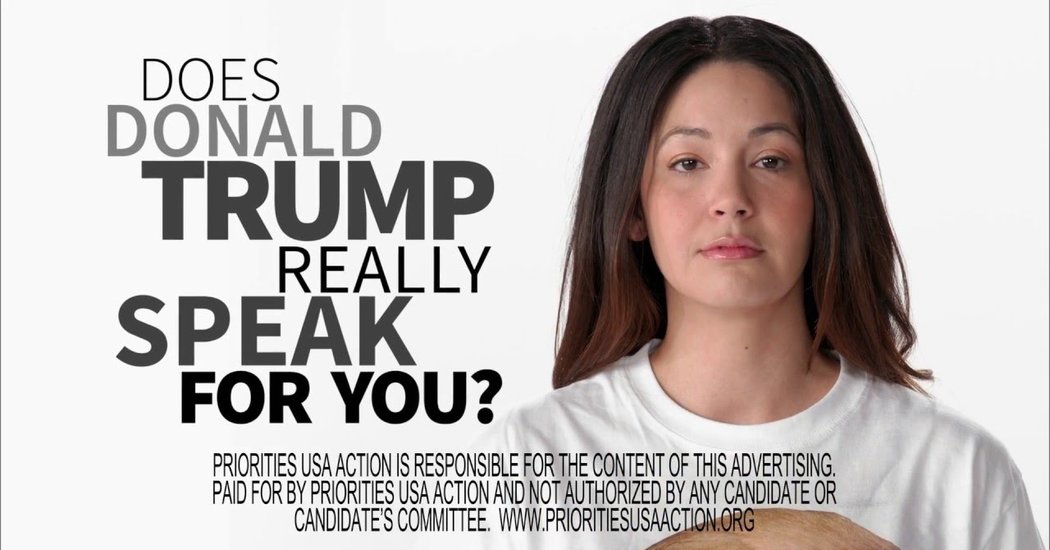 With only days to go to the general election the millions of dollars relegated for ads to influence our choices will be unleashed through the media, for both political parties.

One ad that Hillary has already begun to smatter across the gray matter of millions of Americans is extremely damaging, but it is anything but fair. If scrutinized in its full context it can be seen for what it really is which is a weapon of fear.

The ad starts with Donald Trump feigning that he is using the F word. We cannot excuse him; we all hope our leaders and statesmen will not use profanity to get their message to us or our enemies. But the future of the nation will not be hanging on the use of PC language and extraneous protocol.

Then the more serious part of the ad shows Donald saying that he would “blow up” one of our enemies if he had to.

On closer examination Trump did not threaten to blow up anyone. He said he would blow up Middle Eastern refineries and pipelines now under control if ISIS.

The difference is huge. It is a difference that Hillary hopes you do not uncover before November 8th.

How many times in her campaign has she used the phrase, “When they go low – we will go high?”
Hillary Clinton stood before an audience of millions of Americans in the last presidential debate and declared that she stands fully with Roe V. Wade and that women should be allowed to abort their unborn children at any time during their pregnancies.

This is Hillary’s “high road,” and it is at this point that we need only do some simple math.

If Hillary is elected, using the current statistics for abortions in the U.S. it is a foregone that over five million more babies will be aborted during her term in office.

Let’s not get booged down in too many words and emotions; just the math is all we want to see.
Here it is in all of its blaring simplicity.

Trump– may waste the pipelines of our enemies and thus break their economy and ability to continue to make war against the entire world.

Hillarywould sanction the deaths of five million unborn American children who are neither a threat nor an enemy to our country.

Hillary once claimed that when alighting from an aircraft in Bosnia she had to duck open gunfire. She late apologized for that lie, but one startling fact remains true about that incident and will live on in infamy.
Millions of precious unborn human beings are under a thousand time greater threat to their lives than Hillary ever was and she is part of that threat.

It is far too late in this game of political one-upmanship to call an entire nation to get a conscience, but we can still warn and hope that someone has the ears to hear.

Hitler had his six million and we yet rage over his inhumanity – America has had its 55 million since Roe started in 1973, and all we do is offer an argument about it being “The law of the land.”
When the law of the land comes against the law of life there is no contest.

To use a phrase from Hillary’s own mouth – “What difference does it make at this point?”

Nascent pop culture attitudes are like balloons and confetti at a national party; like all parties – it will come to an end.

The difference is enormous, the implications are clear and the final disposition of all these matters is judgment and the fall of nations – ours is no exception.

“That innocent blood be not shed in thy land, which the LORD thy God giveth thee for an inheritance, and so blood be upon thee.”(De 19: 10)