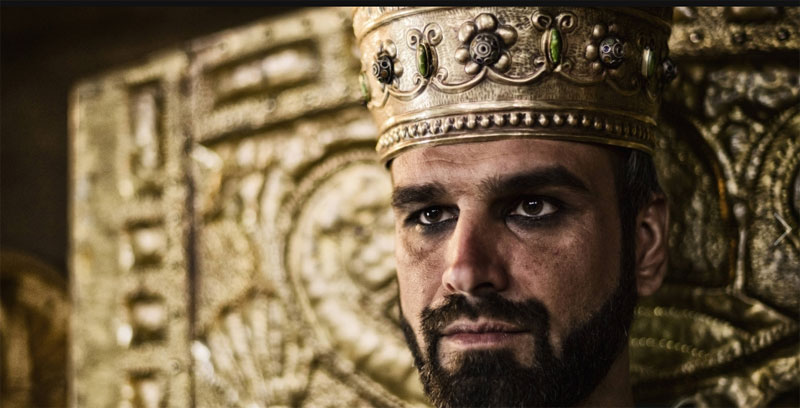 The election is over. Donald J.Trump is the President-elect. Some of us feel elated, or perhaps vindicated in our views. Some of us feel discouraged, even angry, over the outcome. The challenge for those who follow Jesus is doing what Jesus would have us do now. We have more than likely felt all kinds of negative feelings and reactions during the course of the campaign season. The natural response might be to continue putting down the other side.That would not be helpful to say the least.
Believe it or not, there have been times like these we are currently going through. There were times in the history of Israel the country was in such a mess and distress that someone and something unexpected appeared. Such were the times when God raised up an “anointed” leader for helping Israel in rebuilding Jerusalem as well as the temple inside of Jerusalem. His name was “Cyrus His anointed.” Isaiah 45:1-7.
Cyrus was the king of Persia. According to Wikipedia, Cyrus was the only non-Jew God ever addressed as “His anointed.” The Hebrew word suggests the idea of an appointed messiah with a small ‘m.’ God anointed Cyrus with all manner of authority, wealth, military prowess and humanitarian wisdom beyond human ability in that time.
God anointed Cyrus so the people of Israel, the enemies of Israel and Cyrus himself would know God was His man for the task. History confirms this. Cyrus is recognized for his achievements in human rights, politics and military strategy. History books say he influenced both Eastern and Western civilizations. One noted historian notes of all the Kings of those days, Cyrus the Great was truly great. He was light years ahead of his time, with God’s anointing and appointing, for such a time as then.
God anointing a Gentile king was quite a departure from the norm. The Bible notes Cyrus “did not even know God.” God talks to Cyrus, “For the sake of Jacob My servant, and Israel my chosen one, I have also called you by your name, I have given you a title of honor though you have not known Me.” Isaiah 45:4. God also “aroused Cyrus in righteousness,” and said Cyrus will “build My city, and let My exiles go free without any payment or reward.” Isaiah 45:13.
Here’s the point I am making. Perhaps Donald Trump is a type of ‘Cyrus’ God has raised up, even with all his flaws, for such a time as this? George Washington and Abraham Lincoln were not known to be overly churched and yet God use them to carry out His will and plan for the America in very difficult times.

I’m not saying Trump is a type of Cyrus. But I’m also not saying Trump isn’t a type of Cyrus. You can decide that. I’m saying that God is bigger than what we think. So, let’s change the way we think. God can use anyone that He wants too like in the case of Cyrus. “God changes the times and seasons, He removes kings and sets up kings.” Daniel 2:21.
The American people finally got tired of being promised change for the last five or six elections. It was obvious to most Americans that no candidate from the political world was going to fix the hopeless situation in federal politics in either party. Maybe that’s why someone like Trump won the election. He has no ties to any special interests. He is not part of the Washington establishment. He is not a politician. He is a businessman.
Sometimes, when something is broken down and the insiders don’t know how to fix it, God will anoint an outsider like Cyrus to do the job. He is not beholden to the status quo. And that is unexpected!
Ed Delph    CCC     November 14, 2016