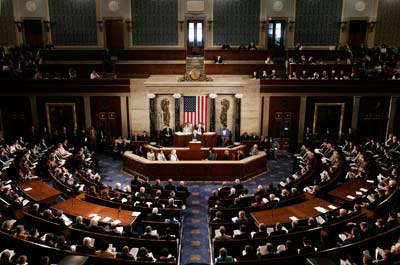 The protests following the election of Donald Trump to the presidency have used as their excuse the popular vote victory of Hillary Clinton, probably at this point by a margin of a million votes. Of course, it’s ridiculous to think that leftists and other misguided folks wouldn’t have protested to the same extent even if Trump won the popular vote, as they think anyone who disagrees with them is racist, misogynist, xenophobic, and every other name in the book.

The founding fathers had a tricky situation they had to deal with: there were large states like Virginia back then, and small states like Rhode Island. Now, Virginia isn’t that big now, but Rhode Island is still small. How could they join a new nation in which they would have next to no say in how it is run? But how could populous Virginia not insist that their people get a reasonable amount of influence, since there were so many of them?

Both parties have objected to the Electoral College as antiquated in recent years. You might be surprised to know that President Obama would never have been a two-term president without it. In 2012, for example, Mitt Romney would have won the presidency if we went by a method that Republicans favored: that each congressional district should be given one vote based on who won the popular vote there. That means that all those people who voted Republican in conservative California districts and upper New York state (yes, they exist) would have had an electoral vote counted for them. We’d be talking about President Romney under that system.

Now it’s the Democrats that are railing against the Electoral College, that it should be one person, one vote and that’s all that should count. If we went purely on the basis of popular vote, huge swaths of the country would have essentially no say on who the president will be, and their needs would never be considered by candidates for president.

Yet, we’re not just a nation of large cities; there are small cities, towns, and rural areas that contribute to the success of the United States and they should not be ignored. If only popular votes counted, then California (Los Angeles, San Francisco), Illinois (Chicago), and New York (NYC) would control every election from here to eternity. Hillary Clinton ran up 5 million more votes than Trump in those three states, dwarfing her 1 million popular vote win. The other 47 states would never have a say in who the president would be, and no candidate would really care about them or their needs. That might be a pure democracy, but it would be, essentially, a totalitarian regime.

Part of the genius of the Founding Fathers is that they wanted to avoid a tyranny of the people.  The people that are protesting against Trump are the equivalent of townsfolk with torches and pitchforks descending on the proverbial gypsies and witches that act and think differently from them. This is a country, however, with many different viewpoints and they must all be respected. The Electoral College guarantees that, and should be retained as the best way to decide a national election.