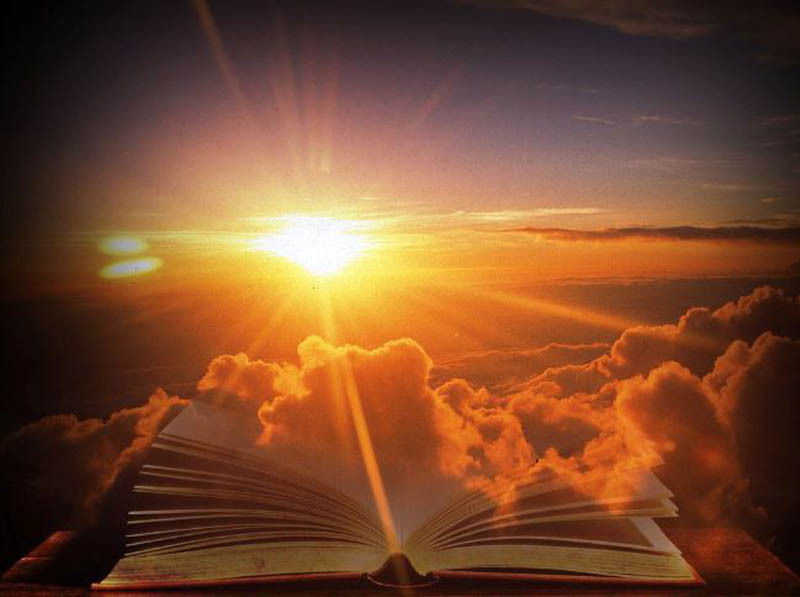 “But strong meat belongeth to them that are of full age, even those who by reason of use have their senses exercised to discern both good and evil.”– Hebrews 5: 14

There has not been a more perplexing turn of events in our politics in many years. Perhaps only at the birth of our nation or at the outset of the Civil War has there been this much distress, angst and civil discontent. Explaining what these events mean will be very difficult.

Only those who know both history and true Biblical prophetic utterance can begin to make a reasonable explanation of recent events.

At the moment disappointment, doubt and unrest abounds for those who did not support Mr. Trump and those who simply, were not sure.

America’s pampered collegiate darlings the soon to be lettered, literate, spiritually slighted Lilliputian’s of the liberal set have been deeply disappointed. All the benevolence of the nanny state up to and including free college tuition faded away with the end of the Sanders campaign. Now, there will be struggles, bills and work ahead, just like those in the working class.

Today’s millennial minions are content to overlook the obvious millions of missing links in the idea of a Darwinian evolutionary scheme, and the notion that everything (the entire universe) came from nothing. It is only a short step to believing that they should be given everything for nothing.

They seem to need safe zones and therapy dogs to coddle the bantam brains that cannot see that Rhode Island Reds and Barred Rock chickens are not two species, or races, of poultry. But they cling to Darwin’s myth of racism, unable to discern that there is only one race – the human race.

They are the prophet Daniel’s failed minglers calling for love, inclusion and diversion all at the same time they hate Trump, his supporters and half of the entire nation’s voters who sifted through the political muck of the last eight years and decided that a diamond in the rough is worth more than a shining polished liberal political gem of yesteryear.  Their gem, however gleaming and alluring, has narrowly escaped being put in jail for defrauding an entire nation.

Let’s not forget that the inclusive ones have yet found no room in their hearts for the 56 million unwanted babies that were sent to the trash heap since the 1973 ruling of Roe v. Wade. While snuffing out the lives of their own kind at the rate of nearly 4,000 per day, they are excited about sending probes across the endless expanse of open space to see if something else is living there. If there is - let’s hope they don’t find it!

Hillary supporters have seen their dreams pass by them at the speed of disillusionment. Those who can’t adjust quickly are still raging against the inevitable. Because they are as American as any of us, we can only hope that they will heal, adjust and get on with their lives for the sake of our nation’s future.

Then there are the Christians.

Some have estimated that as many as eight out of ten evangelicals voted for Trump. Disappointment has already been stalking the hopes of that crowd due to some walk backs and subtle changes between Mr. Trump’s campaign promises and the rhetoric he is now using as he forms his cabinet and plans the work he has ahead of him.

Christians want what most Americans want, a better economy, jobs, tax relief, less regulations and less intrusion from the federal government into their private lives.

But Christians also want something that most others think is decided by what seems to be the nascent socially accepted behaviors of the day. They do not believe that all we allow is somehow automatically made moral by its inclusion into our daily lives and psyche.

They want no abortion, no perverted marriage and no easing of our alliance and support for Israel.

Christians are not willful about these things they are only mindful of what has been declared to be the will of God. They alone know that all our enemies combined are, but a drop in the bucket compared to the frown of the Almighty God on a nation.

On abortion we have a new hope that between conservative nominees for the Supreme Court and some legal and legislative challenges to Roe V. Wade, abortion may become history. Sadly, the rhetoric heard lately seems to only deal with late term abortions. Let’s not get silly – a human being is always a human being, from day one to birth. There is never a moment when it is not one of us.

Viewed over 1.6 million times the Dinesh D’Souza video of the remarkable Gianna Jessen, who endured a salt solution attempt to take her life at seven and a half months is greater than volumes of arguments for the cessation of this barbaric practice we call abortion. Laden with cerebral palsy because of the attempt to snuff her out in the name of women’s rights, she now labors across continents for the end of abortion.

Gianna Jessen asks the question that this entire nation must ask of itself – Exactly who, was standing next to her mother and standing up for her rights as a woman as she had saline solution pumped over her entire body?

Just ending late term abortions is not enough – God will not always show mercy to the merciless.

Christians also hope that by some means legislative or through a legal challenge the gay “marriage” ruling of Obergefell v. Hodges will be overturned. But already Mr. Trump has stated that it is the law of the land. His willingness to acquiesce to this faulty conclusion is frightening because from now to the end of time, those who have read the Bible’s clear teaching about marriage will never accept this ruling.

Much worse is the fact that God will never accept the ruling.

While it may not be the chief work of a commander in chief to lead a nation into repentance, we can safely say that Mr. Trump’s vision of making America great again will run headlong into this granite hard barrier and whimper to a halt if it is not dealt with.

The very idea of this ruling (Which is not legislated law) is part of the “strong delusion” spoken of by the Apostle Paul. The delusion is the thinking that anyone other than one man and one woman can be married in the eyes of God.

Finally, we come to the support of Israel. It is a sore subject for some, but it too is high on the list of positives for any nation that cares about whether they are in favor with God.

We think the world positions itself based on oil, economics, currency values, trade and military might, but reality uses a different brush stroke and it is in line with the will of God. The entire world has its eyes on the little nation of Israel and its most important city, Jerusalem.

This city, where Christ labored, died and ascended from, is also the place where he will descend at the last day and take the rule of this world out of the hands of men.

This city is now getting the attention of President–elect Donald Trump. Will he finally refuse to veto theJerusalem Embassy Act of 1995? That is only half the question, if Jerusalem becomes the capital city of Israel how will the rest of the world react. Add to that prospect, the idea of building a temple there as millions of Jews have hoped for over the centuries.

Author Bob Eschliman posted an article on Charisma News entitled, “Sanhedrin to Trump and Putin: Take Up Your Cyrus-Like Roles and Rebuild the Temple” and although the newly formed Sanhedrin is not recognized by all Jews as yet, it is a giant step in the right direction in the fulfillment of Biblical last day’s prophecy.

Students of prophecy around the world are fully aware that such a move will raise the ire and fury of the entire Muslim world and will undoubtedly lead to the fulfillment of Ezekiel’s war as described in Ezekiel chapters 37, 38 and 39.

For the Muslim world this is not good news.

Does prophecy speak to today’s events – there is no doubt.

Finally, although this writer accepts and prays for Mr. Trump, my first allegiance will always be to my Lord Jesus Christ. It is from him that I received a warning many years ago that America would undergo an economic collapse unparalleled in its history.

Why and when are hard to say. But with world markets, economies and currencies teetering in the wind as they are this day, it seems safe to say, the day is fast approaching.

Nothing gets to the heart of a nation faster than the end of its wealth. God has been trying to get to the heart of this nation for an entire generation – is this the day he will get through?

American greatness, wealth and standing were never a matter of her own doing.

“And thou say in thine heart, my power and the might of mine hand hath gotten me this wealth. But thou shalt remember the LORD thy God: for it is he that giveth thee power to get wealth, that he may establish his covenant which he sware unto thy fathers, as it is this day.”(De 8: 17-18)