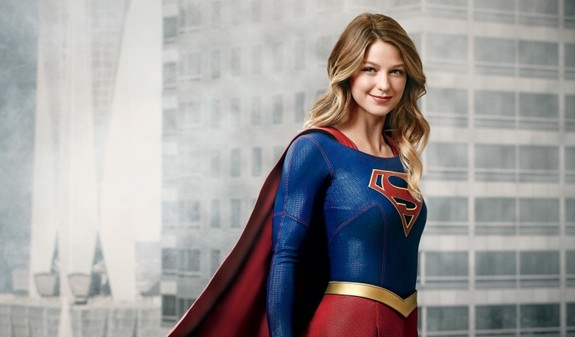 I’m sure almost all of you keep a close eye on what your children watch on TV.  However, sometimes the purveyors of evil choose to invade a program after it has been established as safe.

Do you have a daughter aged 11-16 who is a fan of Supergirl on TV?  If so I’m sure you think she is watching a program that teaches good triumphing over evil, respect for the American way and has a “G” rating.  Not so anymore!

Episode 6 which is entitled “Changing” has shifted the rating. Supergirl Melissa Benoist has a perfectly healthy non-sexual relationship with two girlfriends along the way who are aware of her history and superpowers. In a previous episode, a young man from a destroyed planet arrives with super powers of his own.  Supergirl tries to steer him toward becoming a superhero, but he has no interest in an alternate identity. He discovers that his appearance wins him favor with the girl who is more than willing to take over his assignments. Back to Episode 6: Supergirl discovers him in a supply closet with said girl engaged in a sexual encounter. No flesh is shown, but the rating goes to “PG.”  Supergirl is horrified! She sends the girl back to work and continues to convince SuperJerk of all the good he could do.

Supergirl has a foster sister from the family that took her in after her arrival, played by Chyler Leigh. Her character, Alex Danvers, works in law enforcement tracking aliens. She befriends a Lesbian FBI agent who is distraught because her girlfriend broke off with her. The friendship moves to where the FBIer spins a web of psycho-babble to convince Alex that since she doesn’t have a boyfriend she is more than likely a lesbian. This goes into great detail, which could plant ideas in the mind of a young girl.

The FBIer tells Alex that she must “come out” by telling her family. Alex buys the whole bag of poison words and tells Supergirl about her self-discovery.

But the buck does not stop with these four.  The parent organizations are CBS Corporation, Time Warner and Warner Brothers Their sister networks are CBS, CW and Showtime.

Showtime is a subscription-based network. You can make sure that it is not on your paid premium channel list.  CBS moved the second season to the CW so the script writers can pervert the show without upsetting the CBS sponsors. CW is an open program, no subscription required. A few thousand letters to the sponsors could bring about some changes.  Will you help?