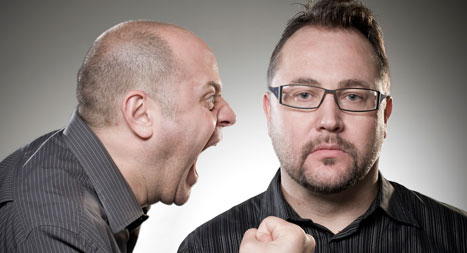 Have you ever tried to have an open debate with a devoted liberal? I have and it’s amazing. The last one I had, went on non-stop for 30 minutes as I listened to a screaming young man, 30 years my junior, yelling at the top of his lungs.  I could not get a word in edge wise. That was his version of a fair and open debate.

With all the rapid changes in society like - what is morally acceptable, how sexual immortality is a thing of the past, it’s okay if I’m not hurting anyone, etc., we must ask ourselves as conservatives with family values, how did this happen?

There are physical laws and there are spiritual laws. The physical laws like gravity, aerodynamics, relativity, etc., are truths that have been given titles by men who have figured them out through advancements in knowledge and experiential proofs. The old saying ‘what goes around comes around’ has been a recognized spiritual law for century’s proven by historical records. ‘This King does wrong, he goes down!’, ‘a nation promoted evil, destroyed it neighbors, and later was destroyed itself’, and so on.

Here I would like to address the reality of the Left or Liberals regarding why they are so loud. It cannot be understated. So why are the liberals so loud, often to the point of ‘violently’ loud? Is not the true liberal the one who stands for equality and tolerance? Is not the liberal party the party of freedom and choice? However, if those on the left don’t like your choice, oh how loud they can be.

There is a reason why the left is so loud, and it can be found in many historical writings.

The ancients believed that every person had a mysterious gift that animals did not possess. This gift was the ability to choose between right and wrong. It is the unseen capability to know what is good and what is bad. But along with this law, is the well acknowledged law of conviction. When a human is in a bad relationship, or a bad situation, many times there are two responses. One is denial, the other justification.

When a person is doing something that deep inside their instincts tells them is wrong, but they continue doing it, whatever it may be, one of these two reactions happen. They will hide it from others and live a life of secrets, or, they will come out into the open, shout it out to the world, and hope others join them, in an unconscious quest for self-justification, relief from conviction, in order to change that instinctive feeling inside from, ‘it’s wrong’ to ‘it’s right, everyone is doing it, I’m ok.’

There is a saying that, ‘Evil prevails when good men do nothing.’ I would take that a step further in relation to this discourse. “When evil speaks louder, good cannot be heard.”