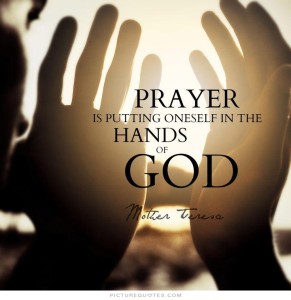 The great Sixteenth Century Italian artist Raphael (known as the “Prince of Painters”) was painting Vatican frescoes when some Roman Catholic clerics stopped to watch his work in progress. One said, “The face of the Apostle Paul is too red.” The artist replied, “He blushes to see into whose hands the church has fallen.” He was reflecting on the condition of the Roman Catholic Church of his day. I feel the same way about the condition of non-Catholic churches, sometimes known as “Protestant” (who don’t protest much anymore) and some known as “Baptist".

Jeremiah wrote about people who could not blush in Jer. 6:15. “Were they ashamed when they had committed abomination? Nay, they were not at all ashamed, neither could they blush: therefore they shall fall among them that fall: at the time that I visit them they shall be cast down, saith the LORD.” That’s where we are today in our churches. Church leaders and laymen can’t blush because they don’t see any wrong in their aspirations, actions, and accomplishments. Nothing seems to be wrong anymore.

The leaders of the Episcopal Church USA, the Presbyterian Church USA and the United Church of Christ left the Scripture long ago and have lost their ability to blush. They departed sound biblical doctrine many years ago, and they’re now celebrating “marriage equality.” Wicked living always follows bad doctrine. These churches advocate transgenderism, but normal sexuality is considered quaint. Other church groups are quickly coming to the same conclusion.

Gordon Clanton writing in the Presbyterian Journal opined, “Not all sex outside of marriage is bad….In the age of the Pill we assert that sex is (morally) neutral. The young man who is determined to wait until marriage has put sex on too high a pedestal.” Clanton may not blush but I’m sure great Presbyterians such as Billy Sunday, Clarence E. Macartney, J. Gresham Machen, and Carl McIntire are blushing if that is possible in Heaven.

A church south of Richmond, VA doesn’t care about “material things” so they worship in the nude even in cold weather. It seems many preachers have lost the ability to blush and also lost their minds. Nothing is sacred to them.

At Her Church/Ebenezer Lutheran in San Francisco that is affiliated with the Evangelical Lutheran Church of America, the liturgy of the “divine feminine” is celebrated every Sunday. The pagan service is led by Pastor Stacy Boorn and her priestesses and staff. Desiring a little religious hocus pocus to justify their evil living, anything goes as they reach out to pagans. The female pastor declared, “Our prayers and liturgy reach back into the storehouse of tradition to bring forth names [such] as Mother, Shaddai, Sophia, Womb, Christ-Sophia, Midwife, Shekinah, Kundalini, She Who Is.” And no one is blushing!

Many of the interdenominational megachurches and even Baptist churches such as Rick Warren’s Saddleback Baptist Church in California have lost their ability to blush at all their concessions, compromises, and corruptions.

Rick addressed the Islamic Society of North America (ISNA) that is in bed with Hamas and the Muslim Brotherhood. He even apologized for all of us! Rick has a deficiency of wisdom since he seems to support anyone. I have a photo of him hugging Cat Stevens (known as Yusuf Islam) who supported the call for death of Rushdie because he had “insulted” Muslims. Cat also wrote, “I’m praying to Allah to give us victory over the kuffar”! Kuffar is a Muslim term for non-Muslims usually preceded by “dirty.” Rick boasted that Cat came by to visit him at his home. I think Rick may have a sense of insecurity and needs to be loved by everyone.

In May of 2015, Rick held hands with homosexual activist Elton John at a congressional hearing even joking that if they kissed it would be “the kiss heard ’round the world.” Rick doesn’t understand that perversion is no joke. Rick is a brilliant, talented man without wisdom or discernment, two characteristics, in my opinion, that are essential for preachers.

The lesbian bishop of Stockholm “proposed a church in her diocese remove all signs of the cross and put down markings showing the direction to Mecca for the benefit of Muslim worshippers.” She was the first open lesbian bishop in the world. Wonder what Martin Luther would think of that? It seems another Reformation is needed but “Luthers” are in short supply.

I blushed when the historic black Mt. Zion Baptist Church in Miami had Louis Farrakhan preach to an overflow crowd on July 30, 2015. Louis said, “I’m looking for 10,000 in the midst of a million. Ten thousand fearless men who say death is sweeter than continued life under tyranny….So if the federal government won’t intercede in our affairs, then we must rise up and kill those who kill us; stalk them and kill them and let them feel the pain of death that we are feeling!” Had I made a similar statement I would be in a Federal prison at this time. The jerk even received a standing ovation from that Baptist crowd! Has everyone lost his ability to discern between right and wrong?

I was appalled at Farrakhan’s vicious, vile, and violent diatribe but would have been almost as appalled even if he had spoken effectively about family, drugs, etc., since Louis is a rabble-rousing Muslim! I was sure the historic church was a member of the Progressive National Baptist Church convention, a group of left wing black preachers who broke from the National Baptist Church convention in 1961. However, Mt. Zion Baptist in Miami is an Independent Baptist Church! I interviewed the pastor and told him I was appalled that any Baptist would have an unbelieving Muslim in his pulpit. The pastor was very kind and we spoke for almost an hour and he professed to believe the Bible and preach the Gospel. I reminded him of the Apostle John’s admonition not to bid god speed to any who do not hold to the doctrine of Christ. This incident only proves that not all Independent Baptist Churches take a separatist stand.

“Beer and hymns” events have occurred at churches in St. Paul, Minnesota, and Cincinnati. “Beer, Bible, and Brotherhood” meets in Oxford, CT as they study Rick Warren’s bestselling book. Such events are taking place across America. Even Moody Bible Institute that trains thousands of youth for the ministry has lifted its ban on long hair for men and nose stud earrings for women and dropped its prohibition of alcohol and tobacco use for faculty and staff. (When I was a student we could not get closer than twelve inches to any female!) Biola University made a similar ruling in September of last year.

Graduates of Taylor University, Calvin College, and other “Christian” institutions are big into beer brewing and drinking.

I blush when Fundamentalists yell about their love and adherence to the Bible (even the KJV) yet refuse to discipline wayward members, give the best seats to the high and mighty, seek the favor of political officials, preach sermons that almost say something, and imply that crowds, cash, and clout are indications of success.

The early Christians were accustomed to poverty, persecutions, and prisons. Today, we are grasping for prosperity, pleasure, and popularity. I blush knowing into whose hands modern churches have fallen.