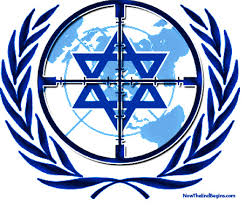 It is hard to imagine a body of anti-Semites sitting in a nation that is allied to Israel working so hard to destroy that sovereign nation. But this is the UN, an innocuous group of one world thinkers, supported largely by the United States taxpayer, who ignore scripture, are void of all prophetic knowledge and the plan God has for his very special people – the Jews.

When the British met the Minutemen at Lexington it made history in what has been coined “The shot heard round the world.” Not since then has there been anything like it – but wait – now there’s Obama’s parting shot against the nation of Israel, our strongest Middle Eastern ally.

After he labeled many as all gun-toting, Bible-clinging and angry citizens, Mr. Obama has remained true to form. In his final act of disdain for our history and heritage, he called for our representative to the UN to abstain from the vote, which essentially puts Israel at the mercy of the rest of the world – a world with even less knowledge of the prophetic destiny of Israel than our outgoing president.

We believe that history is made wholly by nations acting out their part in a developing world, but scripture say that nations create history based on their ignorance and rejection of the prophetic message of the bible. The immutable maxim here is that when politics meets prophecy, politics always loses.

Prophecy is the pre-determinate will and counsel of the Living God and it cannot be altered by men.

Examples abound. The world thinks it will come to a place that by applying itself to discourse and a bit of wishful thinking we will all sit down and talk our way into world peace.

The Bible is not so naive and tells us the hard truth. Men will continue to war and fight until the day when Christ enters our history again. (Mk 13: 7)

In fact, beside the wars and rumors of war taking place around the world, there will be a final lunge toward Israel by many Arab nations that will utterly fail, and a final gathering of all the armies of the world in what is well known as the battle of Armageddon. That battle will end with the annihilation of every single participant in that conflict. (Ezekiel chapters 38 and 39) (Revelation 16:16)

World peace brokered by the UN? Do not hold your breath.

In the interim we can only hope that after the inauguration of President-elect Trump, he will remedy the infamous vote of the U.N. by whatever means needed, including defunding them to keep them from interfering with our allies.

It is a sad day when we have to hear Sephardic Chief Rabbi, Yitzhak Yosef declare that the “US has forsaken Israel” and that now they must all stand alone with the help of God alone. While that is surely enough, it doesn’t say much for our trustworthiness throughout the world and it speaks volumes about the worst presidential administration in our entire history as a nation.

The “Two State Solution” is the pipe dream of warring and troubled nations that need to look much closer to the mess in their own backyard.

If this all sounds hopeless – not to despair, the entire world will be plunged into peace, but not until the rightful ruler, the Lord Jesus Christ, returns to take His throne. He is “The Prince of Peace.” (Isaiah 9: 6)