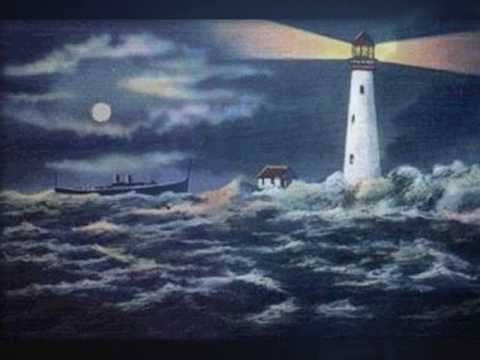 Have there been moments in your work place or personal life when you thought you were right, and did not see the need to change, only to face a big disaster? Many of you have heard of the following anecdote which illustrates the perils of stubbornness and the need to change. Read on!

In U.S. Naval Institute Proceedings, the magazine of the Naval Institute, Frank Koch illustrates the importance of obeying the Laws of the Lighthouse.

Two battleships assigned to the training squadron had been at sea on maneuvers in heavy weather for several days. I was serving on the lead battleship and was on watch on the bridge as night fell. The visibility was poor with patchy fog, so the captain remained on the bridge keeping an eye on all activities.

Shortly after dark, the lookout on the wing reported, “Light, bearing on the starboard bow.” “Is it steady or moving astern?” the captain called out. The lookout replied, “Steady, Captain,” which meant we were on a dangerous collision course with that ship.

By that time the captain was furious. He spat out, “Send: ‘I’m a battleship. Change course twenty degrees.’” Back came the flashing light, “I’m a lighthouse.” We changed course.

Smart move, huh? I like that title, the Laws of the Lighthouse. We don’t break the laws, the laws break us. Our hubris, determination, blind vision, selfish search for significance, stubbornness or ignorance running full speed ahead in our battleship of life is no match for the solid rock the lighthouse sits on.

Author Max Lucado says: “The Laws of the Lighthouse contains immutable, immovable truths. Real light houses have four characteristics: They warn you of potential danger. They signal safe harbor. They are stronger than the storm. They shine brightest in the fog.

The Laws of the Lighthouse contain more than good ideas, personal preferences, personal quests and honest opinions. They are God-given, time-tested truths defining the way we should navigate our life. Observe them and enjoy secure passage. Ignore them and crash against the ragged rocks of reality. The wise captain shifts the direction of his craft according to the signal of the lighthouse. A wise person does the same.”

Yes, there are immovable, immutable truths in life we all need to be aware of. Choices do have consequences. Many times truth makes us miserable first but saves our lives second. Someone once said, “You don’t break the Ten Commandments…the Ten Commandments break you.” That’s hard on our hubris and current pop thinking, isn’t it? Many of us have been raised on with the attitude of: “I know everything and what I don’t know won’t hurt me.” Sounds like the battleship, doesn’t it?

I posted on Face Book this week that said, “I’m not young enough to know everything.” The ‘likes’ lit up the page.

Remember, the reason God sent Jesus was so we could arrive in the safe harbor of an eternal life. Jesus warns you of potential danger. Jesus signals a safe harbor. Jesus is stronger than the storm. Jesus shines brightest in the fog. Remember what was said before? “The wise captain shifts the direction of his craft according to the signal of the lighthouse. A wise person does the same.”