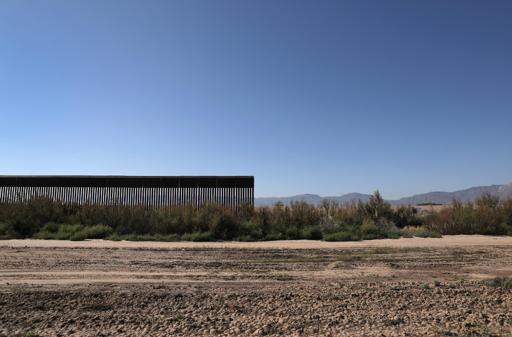 It certainly appears that president-elect Donald Trump is serious about implementing at least some of his campaign promises. He better be – and not a moment too soon – because it’s much worse at the border than we’re being told.

The internet exploded on Tuesday when Reuters reported on an internal memo they obtained from the Department of Homeland Security.

After an exhaustive search of the web, it appears I am the only one to ask what I deemed to be a rather obvious question. How did Reuters obtain this memo? Virtually every article I perused, including the Reuters piece, described it as an “internal agency memo.”

No one, including Reuters, ever said it was leaked, nor a Freedom of Information Act demand put on them to release it, as conservative media must do. No - just that it was a DHS “internal agency memo” reviewed by Reuters. I thought that odd. Is Reuters, and other leftist media outlets, privy to all DHS “internal” memos?

Anyway, Reuters wrote that the memo described a December 5, 2016 meeting between DHS and the Trump transition team. Trump’s team is said to have asked “the Department of Homeland Security to assess all assets available for border wall and barrier construction.” That’s a good sign. My guess is they probably have plenty of assets, as they sure haven’t been using any.

This all-but-scrapped program could be very important. Back in September, 2016, Breitbart Texas reported on leaked FBI documents revealing that a startling “7,712 terrorist encounters occurred within the United States in one year, covering from July 20, 2015, through July 20, 2016. Page Two of the documents contains a map of the entire U.S. with the numbers of encounters per state. The states with the highest encounters are all border states - Texas, California, and Arizona - all states with a shared border with Mexico rank high in encounters.”

Another page specifies many of these encounters with Sunni, Shi’a, as well as “Other International Terrorist Groups or Affiliates.”

And according to RedNationRising the Shi’a connection isn’t just all about terrorism. Iran’s Revolutionary Guards Corps (IRGC) is in control of the opium trade coming out of Afghanistan. They funnel the opium to their affiliates, Hezbollah in Lebanon, where it is refined into heroin.

Hezbollah then transports the heroin to Latin American drug cartels for cash, documents and “access to America. Hezbollah’s operations produce between ten and twenty million dollars in revenue for its American operations, which are based out of a large Lebanese immigrant community in what is called the “Tri-border region,” an area between Paraguay, Brazil, and Argentina.” Highly trained Hezbollah fighters also provide the drug cartels with military training.

While America was busy fretting over Russia and Israel during the holiday, Townhall.com reported, “Hundreds of DHS employees have ‘looked the other way’ as drugs crossed the border because cartels have made them offers they can't refuse. Other employees have sold green cards and other documents illegally.”

“Almost 200 employees and contract workers of the Department of Homeland Security have taken nearly $15 million in bribes while being paid to protect the nation’s borders and enforce immigration laws.”

This is no longer just a case of building a wall along our southern border. All the walls on Earth won’t stop the infiltration if DHS officials are still being paid to look the other way. The so-called “swamp” of DHS must also be drained and replaced with those who are actually concerned with “Homeland Security.”

The Trump administration has a monumental task ahead. Let’s hope they’re up for the challenge.