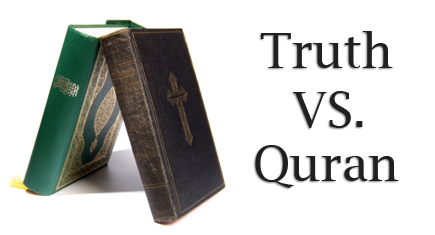 Fox’s O’Reilly is quick to say that he and his staff trust nothing coming from the internet. Since most of the scandals and fake news today comes from television, we can only wonder if he sees himself as the only legitimate source of the truth. While his attitude smacks of cultism, we also see that Mr. O’Reilly does well with his own internet websites.

While many are wary of religious cults, the red lights don’t go on as quickly for the more acceptable cults created by celebrities, politicians, newsmen, and others. Cults are formed to create a space where everything within is perfect and correct, and all without is suspect, dangerous or altogether evil.

The truth is that we do not expect either newsmen or politicians to understand or define Biblical or sound theological truths. Not only do they miss the mark in their explanations of these matters, but they seem to miss it when others grossly mishandle such truths.

A prime example can be seen in the recent Senate confirmation hearings conducted for President-elect Trump’s excellent choice for Secretary of State, former CEO of Exxon Mobile, Mr. Rex Tillerson. When asked how he would approach the matter of Isis, he replied with, “Defeating ISIS must be our foremost priority in the Middle East.”

Then he went on to say that he separates Muslims in general from the radicals, and in a sweeping  acceptance of all things Muslim reminiscent of George Bush’s post-9/11 – “We know yours is a peaceful religion.” Tillerson added that he knew that Islam is a “Great Faith.”

If Tillerson is referring to its size, 1.5 billion strong, or its longevity, 1300 years, then the world might concur. If he was referring to its spurious origins, its tenets, its content and its ongoing intent, he could not be more miserably wrong.

Over-generalization wants all religions to be equal; it does not need a Savior, just adherents. And it has among the adherents, those who cannot see that Satan does not stop short in his powers of deception when he approaches the doors of religion. In fact, religion is one of the greatest of all Satan’s deceptions. Most any and all religions are okay with the old serpent as long as it does not point to the sacrifice of the Lamb of God for the sins of the world.

Satan doesn’t care who or how many are religious, but he hates the idea of people getting saved by the grace of God.

In September of 2010, I wrote a piece titled “Pastor to Burn Koran - Media to Burn Conscience,” about Rev Terry Jones who wanted to burn a copy of the Qur’an. I could understand his sentiment, knowing how disgusted many Americans were becoming at the sight of daily killings of innocent people simply because they were not Muslims.

It was then that I and others began to advise people not to burn the Koran, but crack it open and get empowered with knowledge of its contents.

Being armed with the truth would make us fully ready to ask the all-important question – is this what anyone could honestly say is a great faith?

“Slay the unbelievers wherever you find them.” Qur'an 2:191

“Make war on the infidels living in your neighborhood.” Qur'an 9:123

“When opportunity arises, kill the infidels wherever you find them.” Qur'an 9:30

“The Jews and the Christians are perverts.” Qur'an 9:5

“Any religion other than Islam is not acceptable.” Qur'an 3:85

“The punishment of those who wage war against Allah and His messenger and strive to make mischief in the land is only this - they should be murdered or crucified or their hands and their feet should be cut off on opposite sides or they should be imprisoned.” Quran 5:33

Those who have trusted Jesus Christ to be their Savior have His far better and incomparable words to live by. Only the weakest minds and the dullest spirits could possibly miss the enormous difference. To wit:

“Ye have heard that it hath been said, ‘Thou shalt love thy neighbour, and hate thine enemy.’ But I say unto you, Love your enemies, bless them that curse you, do good to them that hate you, and pray for them which despitefully use you, and persecute you.” (Matthew 5: 43-44)

Is it possible that 1.5 billion people could be groping at the wrong door for salvation? The simple answer is yes, but it does well to note that all avenues of salvation except one are false because of one simple, but urgently supreme reason. It is contained in the following passage.

“Then said Jesus unto them again, ‘Verily, verily, I say unto you, I am the door of the sheep. All that ever came before me are thieves and robbers: but the sheep did not hear them. I am the door: by me if any man enter in, he shall be saved, and shall go in and out, and find pasture. The thief cometh not, but for to steal, and to kill, and to destroy: I am come that they might have life, and that they might have it more abundantly. I am the good shepherd: the good shepherd giveth his life for the sheep.’” (John 10: 7-11)

If your religion has no Savior, you’ve got a fraud. Since we cannot appoint a Savior, let’s take another look at the one who willfully gave His life in obedience to His Father for the lives of the sheep.

You will only arrive at one single name – Jesus Christ.

“Neither is there salvation in any other; for there is none other name under heaven given among men, whereby we must be saved.” (Acts 4: 12)

A faith of any kind or description can never be labeled a “Great Faith” by Mr. Tillerson or any other leader or politician at any time throughout the days of men, if it leads men away from this chosen name. This name is not static - it is actively following our history and the will of God to a day when thrones will be set and crowns will be given. It is a name all will recognize and honor. To wit:

“And being found in fashion as a man, He humbled himself, and became obedient unto death, even the death of the cross. Wherefore God also hath highly exalted Him, and given Him a name which is above every name: That at the name of Jesus every knee should bow, of things in heaven, and things in earth, and things under the earth; And that every tongue should confess that Jesus Christ is Lord, to the glory of God the Father.” (Philippians 2: 8-11)

The name of Jesus Christ is not a mere religious icon; it is the entrance to eternity, the final judgment, the teeth of the lion, and the roar of the bear. It is the pathway to your eternal destination.