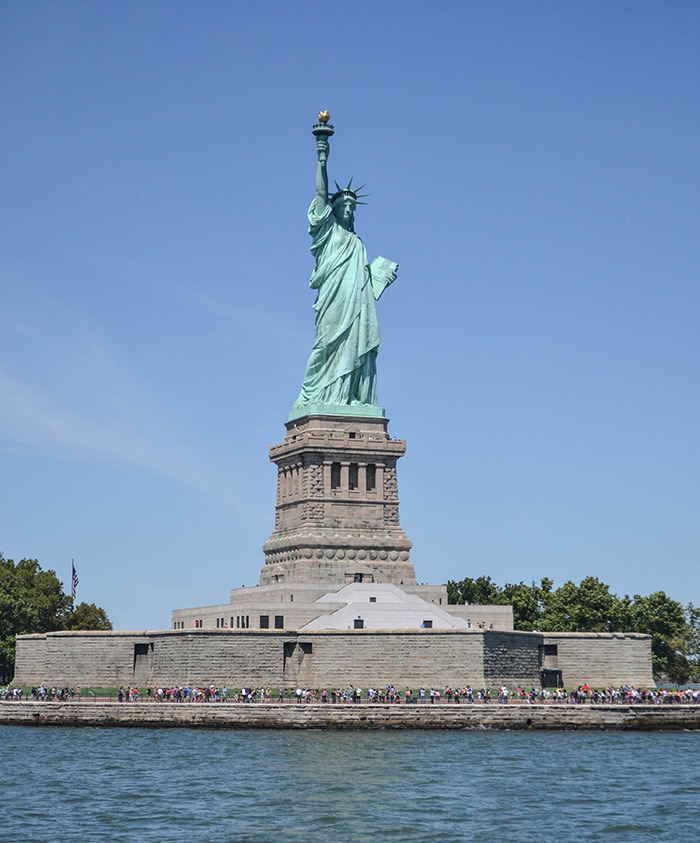 President Donald Trump made it clear to the world during his inauguration speech that from now on, the U.S. would make decisions based on the principle of putting America first. The media mavens got their knickers in a very uncomfortable knot because of that new operating principle. How dare Trump suggest such an un-American concept! The very thought is not only annoying, and audacious, but abrasive and aggressive!

The radical leftists believe that the U.S. should put every other nation first when making decisions that affect the U.S. Of course, they don’t expect any other nation to do such a stupid thing, but America must never follow policies, practices, and programs that have our best interest as primary!

This does not mean that American people should not help other nations in times of disaster as we have always done, but that U.S. political decisions should be made with the idea that we ask, “How will this impact our nation?” Then do what is best for the U.S.

It is insane to make decisions that are not beneficial to America. Would any of these non-thinkers suggest that a family should not make decisions based on what is best for them? One media darling suggested that it was racist to “put America first.” But then, everything seems to be racist at this time.

The Los Angeles Times pontificated, “And what would it mean if all countries are left free to pursue their narrow self interest?” Of course, all nations should be free to pursue their own interest! Have these people lost their minds, or are they so saturated with leftist ideology that this is their reaction to common sense? A responsible public official will consider all the ramifications of a matter, and then do what is best for America. It is incredible that this is even debatable.

America - first, last, and always! Liberals scream “bigotry”; but most sane, sensitive, and sincere Americans believe that we don’t have to apologize for putting our national interests first and wanting to keep America, America! It does not mean that we are by nature, superior to everyone else, nor does it mean that we wish anyone else ill. It simply means that we like what we have here, although we would like to remove the crime, hatred, perversion, abortion, etc.; but it would be abnormal if we did not want America to continue to be America.

No one suggests that we are perfect or close to it, but I prefer America to any place I have been. What is wrong with that? To keep it that way, we must always do what is best for America. If, in doing what’s best for us, it has a positive residual impact on other nations, then good; but to suggest America should not always do what’s best in our own behalf is inane, incredible, and maybe insane.

We identify with America as we identify with our family. I don’t identify with your family but with mine. I don’t wish you ill will or failure. I just identify with my family. Because, well, because it is my family. As with a family, so with a nation. If that were not true, then there would be no nations. But then, maybe that’s exactly what the globalists want: one massive “family” in one big world with no boundaries where all cultures would be equal.

Why expect school teachers to teach non-English students? Why not expect all immigrants to learn English? Why have a choice of Spanish or English? Why is it good for our nation to water down our culture?

Furthermore, as of last April 15, America’s public schools are a snapshot of a changing America because, for the first time in America’s history, a majority of those in public schools are students of color! I see a trend here! American is quickly getting less white! A partial explanation is that maybe more white students are going to non-public schools. Is it in our best interest to have a change in our national complexion? If so, why?

It is natural to resist change as one gets older. We become nostalgic about the past. In reality, things were usually not as bad or as good as we imagine them. Even with that understanding, I maintain that America is only a shadow of its former self, and my grandchildren will live and die without knowing the nation that once was.

My grandchildren will never know the America I knew as a boy in a small West Virginia town, and they are poorer because of that. They have never known a time when all national decisions were made with America’s interest being first.

I have disagreed with many things Trump has said but not this time. In every negotiation, discussion, treaty, legislation, etc., it is treason not to put America first.