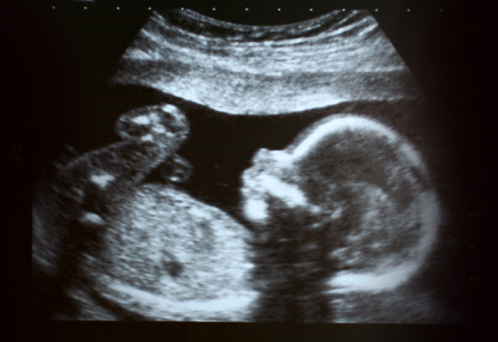 “I have set before you life and death, blessing and cursing; therefore choose life, that both you and your descendants may live.”  Deuteronomy 30:19

President Donald J. Trump’s pro-life stance caused a half million pro-abortion women to march in protest.  The fate of Roe v. Wade lies with the Supreme Court, and the composition of the court will be affected by the replacement appointment of deceased Justice Antonin Scalia. The age of justices suggests there will be other appointments during the Trump Presidency.

Abortion, the termination of pregnancy, has been around since ancient times. The Code of Hammurabi 1760 BC specifies fines for causing a miscarriage.  A bas-relief at the temple of Angkor Wat in Cambodia in 1150 AD depicts a demon performing an abortion in the underworld.  Aristotle considered the human embryo to have a soul at 90 days.

Susan B. Anthony argued that in addition to passing laws making abortion illegal; the root causes must also be addressed.  “….the unborn innocent, the woman is awfully guilty who commits the deed. It will burden her conscience in life, it will burden her soul in death.”  Anti-abortion statutes began to appear in the United States in 1821, and abortion was criminalized in the 1860’s.

Dr. Ben Carson said, "Planned Parenthood’s founder, Margaret Sanger, was a eugenicist. She believed that people like me should be eliminated, or kept under control.”  By "people like me,” he was talking about the black race. Eugenicists espoused racial supremacy, particularly of the Aryan race. They sought to contain the inferior races through sterilization, birth control, and abortion. Planned Parenthood goes to great lengths to repudiate Sangers Negro Project and their eugenic origins.

The Supreme Court decided Roe v. Wade in 1973 when a married pregnant Texas woman, Norma McCorvey, wanted to end the pregnancy. In some states abortion was legal. In Texas, it was not; except to save the life of the mother. Norma was confused on the issue when she saw attorney Sarah Weddington.  Norma says that her attorney lied about the nature of an abortion. To protect Norma McCorvey’s identity, she was given the name Jane Roe for court documents. When the paperwork was completed, McCorvey was never present at any level of any court hearing. Norma never had an abortion and gave the baby up for adoption. She learned about the court decisions in the newspapers, and became a pro-life advocate.

Legal abortion was not invented by the Supreme Court with Roe v. Wade. It made abortion legal nationwide. Legal abortions had been available in 17 states. Should the 2017 Supreme Court overturn Roe and return the fundamental question of abortion's legality to the states, NARAL Pro-Choice America contends that abortion would remain legal in many states.

Pro-life President Ronald Reagan favored legislative restrictions on abortions and advocated a "litmus test" for federal judicial appointments. Although Chief Justice Warren Burger voted for Roe with a split decision, before retirement he advanced the conviction that Roe should be re-examined.

The fate of Roe v. Wade continues in the hands of the Supreme Court, which changes with every retirement or death. In 1973 the Court relied on the privacy statutes of the 14th Amendment to justify Roe. In 1989 the fractured High Court upheld the Missouri statute that life begins at conception and required viability tests for 20 or more weeks of pregnancy. At that time Justice Antonin Scalia and Justice Sandra Day O’Connor argued that Roe should be overturned.

Pro-abortion Supreme Court Justices Ruth Bader Ginsburg, Stephen Breyer, Sonia Sotomayor and Elena Kagan hold to the most extreme interpretations. They vote to extend abortion for any reason, at any time of pregnancy.

The Supreme Court accepted a case in 2000 challenging the Nebraska law prohibiting partial birth abortion.   Partial birth abortion refers to a procedure known as dilation and extraction, which terminates a pregnancy by extracting the unborn, feet first from the uterus; except the head. The skull is then collapsed and the brain removed. President George Bush signed the Federal Partial Birth Abortion Ban in 2003. The ban was challenged, but in 2007 the ban was upheld by a 5-4 vote of the Justices.

Within the nation, Roe remains unsettled. There are pro-life majorities in thirty state legislatures. Fifteen states have passed 20-week limits; two other states have passed 12-week and six-week limits. Scholars posit that Roe v. Wade was wrongly decided, without a foundation in the Constitution. In 1989, Justices dreamed up a different rationale for Roe from the 1973 rationale; and yet another rationale in 1992.

The late Phyllis Schlafly played a role in legislative pro-life gains with the enactment of federal law protection through the Unborn Victims of Violence law, state protection in the Fetal Homicide Law, significant legal limits on abortion in some states, and a Republican Party that is pro-life.

Ultrasound came on the scene after 1973, which drastically changed public opinion. Many people, including President Donald J. Trump, became pro-life after seeing the ultrasound of an unborn baby.