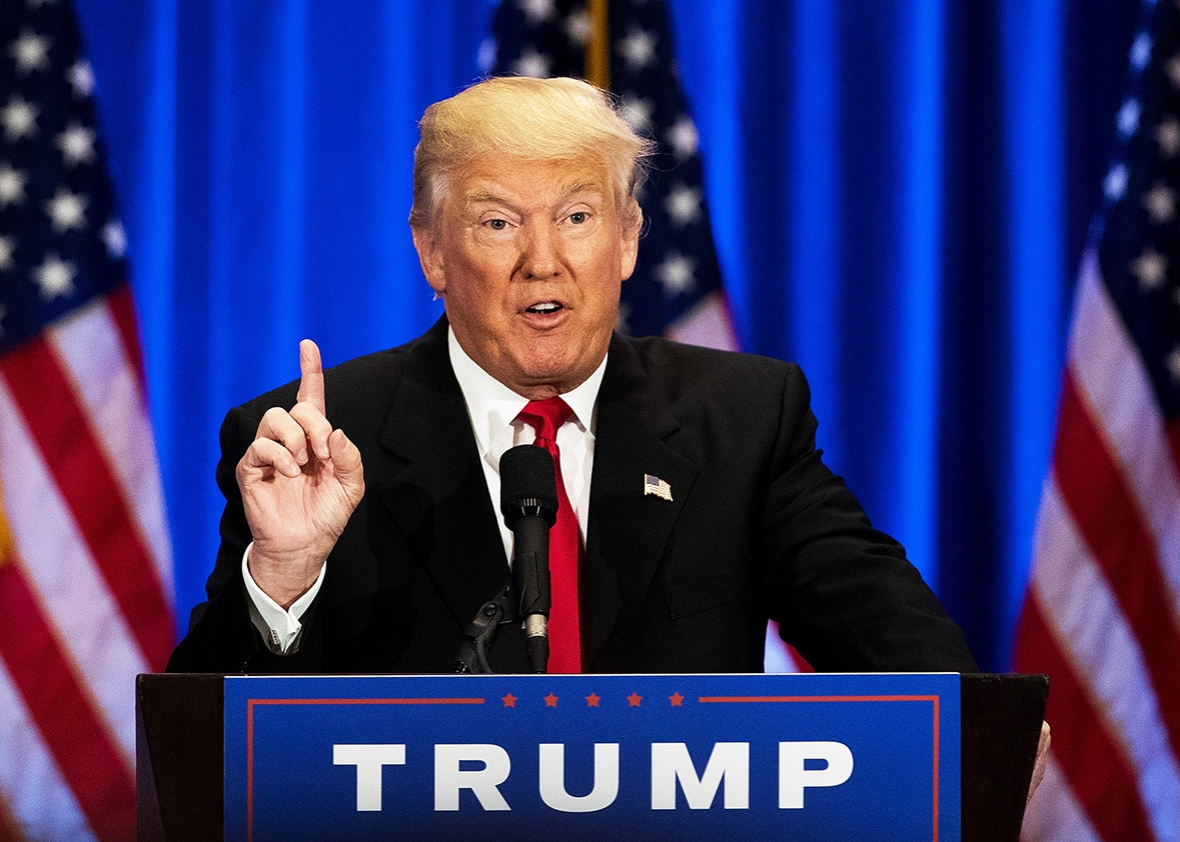 [Editor's Note: What one (or perhaps many) patriot wishes to hear from our newly elected President Trump. This was NOT his actual speech. Just for the record, this was written before the actual speech.]

My fellow Americans, to make America great again, I will lead this nation to implement the following principles, policies, and practices at home and abroad:

This nation will follow a new foreign policy that will help solve the problem of domestic terrorism. We will return to our roots and follow the wise advice of our Founding Fathers. We will no longer get entangled in foreign alliances. We will no longer meddle in the affairs of other nations nor consider ourselves the policeman of the world - nor the world’s banker. We will always consider our national interests first. We will not presume that we know what is best for other countries.

Since America was attacked by Muslim fanatics, we have aggressively gone after those responsible; however, we will no longer try to topple governments and set up democracies. Of course, we will always encourage liberty everywhere, but we will not carpet-bomb cities filled with innocent civilians. We do not believe “total war” where civilians are targeted or used as forced laborers is morally right or militarily justified. However, be assured that all culpable individuals will be punished as a deterrent to others.

Americans don't hate Muslims or anyone else since it is wrong and unproductive to hate; however, we will no longer plead with Muslims, at home and abroad, to love us. We will no longer express guilt and self-loathing. Federal officials will no longer try to prove that Americans are not racists. It is up to Muslims to prove they are not terrorists!

I have ordered the Department of Homeland Security that no traveler will be mistreated; however, since all the attacks against us were done by young, Muslim men, we will do the reasonable thing and profile international travelers. The harassment of little old ladies, very young people, and handicapped persons will no longer be practiced. We will be alert for terrorists with special attention to those of Middle Eastern appearance with the understanding that most of them are totally innocent.

Moreover, any mosque that supports, defends, promotes, and finances terrorism, female sexual mutilation, or honor killings will be closed and their clergy imprisoned. Same for Methodists, Baptists, or whatever.

Additionally, I have authorized the use of troops on our southern border to secure that border and arrest, fingerprint, and photograph each illegal alien before he or she is deposited forthwith back to Mexico. All second offenders will be imprisoned and put to work on a Texas or Arizona work or chain gang. Furthermore, any American firm that knowingly hires an illegal alien will be heavily fined. Following a second offense, their business license will be revoked.

Furthermore, as of today, we have shut the welfare window. No more foreign aid to any nation. We may decide in the future that it is in our best interest to help some nation, but it will be temporary and as unusual as snow in July.

Furthermore, all UN members will be required to pay a reasonable and proportionate share of UN expenses. In the following months, my team and I will determine whether it is in the best interest for America to host the UN that is often hostile to our interests and the nation of Israel.

We will also start bringing our troops home from all over the world. They will be sent to foreign nations only in event of declared war or in the interests of the U.S. This is not isolationism but it is an “America First” policy.  Any other policy is insane. Japan, Germany, and the 120 nations where our troops are now stationed must protect themselves. We have been there long enough.

As to the Middle East, we don't know what is best! Israel has been a long-time friend of the U.S. and we will support their right to exist within secure borders, and support their right to defend themselves against those who want to “drive them into the sea.” We will not support a Palestinian state carved out of Israel but would support a separate state if it is carved out of surrounding Muslim nations. They must settle their own affairs, with or without the assistance of surrounding nations. I pray to the God of the Bible that they will solve their differences, but they will do so without U.S. meddling.

The U.S. will recognize what all informed people have always knownk - that Jerusalem is the eternal and indivisible capital of Israel, and we will move our embassy from Tel Aviv to Jerusalem immediately. It is a fact that Jerusalem is the seat of the President of the State, the Prime Minister, their legislature, their government, and their Supreme Court.The UN wants Jerusalem to become the capital of both Israel and Palestine; however, no entity has the authority to determine, dictate, and decide on the internal affairs of another. East Jerusalem was taken from Jordan in the 1967 Six-Day War and the last time I checked, defeated nations have to accept the results of warfare. Israel defended herself and won–the Arabs lost.  Israelis own the city as much as America owns the southwestern states of California, Texas, Arizona, and New Mexico as a consequence of the Mexican-American War ending in 1848.

As to our reliance on Middle East oil, we have already started drilling in Alaska, the Gulf of Mexico, and the coast of California and will begin to drill off the Atlantic Coast. We will try to be sensitive to the environment; however, I believe that people are more precious than plants or bugs or snakes or fish or spotted owls. Our drilling equipment may cause a caribou here and there to abort her young or a bear may singe its rear end on our pipeline, but we will live with those tragedies. American oil will flow. Moreover, we will immediately expand the mining of our vast coal supplies while being concerned with the environmental impact.

We will still buy oil from South America and even Middle Eastern nations; however, we will not buy oil from countries that support terrorists. They can pour their excess oil over their pancakes each morning for all we care. Or drink it! This government will no longer pretend that terrorist leaders, kings, dictators, etc., are gracious gentlemen, nor will American officials shake their bloody hands while smiling like idiots.

We will encourage American entrepreneurs by tax incentives and other measures to pursue the development of alternative fuels.

Individual households and businesses can be assured that taxes will be cut not raised while we pay off our national debt by eliminating the Department of Energy, Department of Commerce, Department of Education, and hundreds of unnecessary and overlapping commissions that harass and limit private enterprise. Government assistance will be ended or limited to only the neediest cases.

We have some difficult days ahead that will require an adjustment by all of us. Nevertheless, we see a bright future after a few years of sacrifice. This administration will keep you informed since you are the Boss. You fund our world travels and generous salaries as you do for all Federal employees. Regarding this issue, I have determined that I will pay for my own vacations, unlike Obama who cost the U.S. about $80 million dollars for his vacations!

This administration takes our jobs seriously; therefore, we promise that any further bills that come to the Oval Office from the Congress must meet five criteria to qualify for passage: It must be constitutional. It must be necessary. We must be able to afford the proposed law. It must not expand government and limit individual liberty. The last criterion is that it must not undermine the family, decency, and general morality. If a bill does not pass those five criteria, it will not get the required signature.

No doubt there are knees jerking all across America (left ones, of course) and those people can cast their vote for new leadership and their policies in the next election. Until then, learn to live with it. I am your President and will do as I have promised.

As we begin a new year and new administration, may I wish the best for you and your family. Meanwhile, I must get back to work building my beautiful wall!  Thank you, and may the God of the Bible bless the United States of America!


Obama served under a physical handicap, since he is without a spine. Trump does not have that problem, but he is deficient in convictions, courage, or character.  So, he will not make such a bold statement as the above.

However, he will be an incredible improvement over Obama; but then Bozo the Clown would also be an improvement.