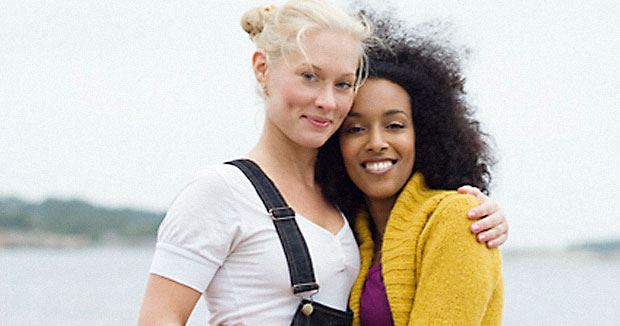 She’s been labeled the “Daughter-in-Chief” by the tabloids and, in this case, it appears to be the truth. According to several news accounts that have not been denied or debunked, Ivanka Trump and her husband, Jared Kushner, persuaded President Donald Trump to retain an executive order from the Obama administration that prohibits companies from doing business with the federal government unless they hire and promote open homosexuals and transgendered people.

The so-called “transgendered” are people confused about their “gender identity” who may be in various phases of transition to the opposite sex, in some cases involving gender mutilation and surgery. In short, they are DNA deniers, a category of people considered to be engaged in immoral and perverted conduct by the standards of traditional morality and religion.

On Sunday, Vice President Mike Pence, usually described as a conservative Christian, used the jargon of various sexual minorities, including “Q,” which can mean “Questioning” and/or “Queer,” and sided with the powerful sexual rights lobby that has discovered some clout in the Trump White House. He declared on ABC’s “This Week” that “I think throughout the campaign, President Trump made it clear that discrimination would have no place in our administration. I mean, he was the very first Republican nominee to mention the LGBTQ community at our Republican National Convention and was applauded for it. And I was there applauding with him.”

In another matter related to this expanding assault on traditional religious values and biological differences between the sexes, it is significant that President Trump has not Tweeted his disgust or disdain for the recent decision by the Boy Scouts of America (BSA) to admit girls who claim to be boys.

Traditionally, the BSA has instructed young men and boys in the masculine way of doing things, including engaging in what the Scout Oath calls “morally straight” behavior.

The involvement of Ivanka Trump and Jared Kushner in the culture war—on the side of the liberal/left lobby—has been a shocking development. A happily-married couple with three children, they are described by The New York Times as the “two most influential social liberals” in President Trump’s inner circle, who had helped “kill a proposed executive order that would have scrapped” the special rights for homosexuals and transgendered in the Obama-era executive order. The proposed executive order would have safeguarded the rights of religious believers opposed to condoning or sanctioning conduct they reject on religious grounds.

Politico had previously reported that while Ivanka and Jared were influential in Trump’s decision to keep the Obama executive order, some conservative Christian groups such as the Family Research Council were hopeful that Vice President Pence would weigh in on the side of those who refuse to condone alternative lifestyles. But based on what Pence said on ABC’s “This Week,” in declaring his own support for alternative lifestyles, this looks like a false hope.

At the same time, it is rumored that President Trump is, in fact, preparing to issue an executive order promoting religious liberty. But how he can be pro-gay and pro-religious liberty remains to be seen, and is a question on the minds of many conservatives.

At the time that it retained the Obama order on the rights of sexual minorities, the Trump White House issued a statement saying, “President Donald J. Trump is determined to protect the rights of all Americans, including the LGBTQ community. President Trump continues to be respectful and supportive of LGBTQ rights, just as he was throughout the election. The executive order signed in 2014, which protects employees from anti-LGBTQ workplace discrimination while working for federal contractors, will remain intact at the direction of President Donald J. Trump.”

However, the 2016 Republican Party platform declared that “Traditional marriage and family, based on marriage between one man and one woman, is the foundation for a free society and has for millennia been entrusted with rearing children and instilling cultural values.”

From all appearances, Ivanka and Jared have a traditional marriage; both have successful careers and are devoted to the conservative religious upbringing of their children. They should understand that the homosexual movement has sought to destroy the concept of traditional marriage and has relentlessly undermined organizations that have attempted to maintain traditional sexual distinctions. The Boy Scouts of America (BSA) decision to admit girls claiming to be boys is just the latest evidence of how private organizations have been pressured to capitulate to the demands of what Laurie Higgins of the Illinois Family Institute calls the “sexual subversives.” Higgins writes that their ultimate goal is “the eradication of all public recognition and accommodation of sexual differentiation.”

Regarding the BSA, Todd Starnes of Fox News asked, “…how can the Boy Scouts of America teach ethics and morals when its adult leaders can’t muster the courage to stand morally straight in the face of militant gender revolutionaries?”

Any hope Ivanka Trump has that her support for special rights for sexual minorities will defang radical left opposition to the Trump presidency is proving false. Major department stores such as Nordstrom and Neiman Marcus have dropped her clothing and fashion lines because of feminist objections to her family and to her father’s presidency.