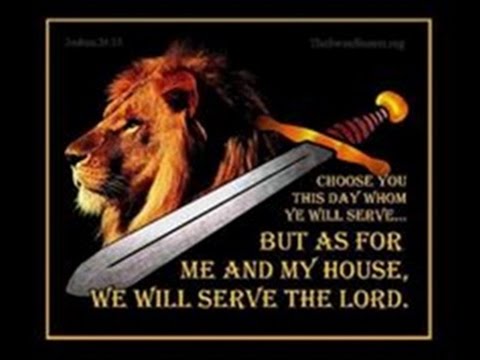 Watching the defeated Democrats battling President Trump on every level is disconcerting for those who mandated his leadership. It is mostly a fanciful delay and in time it will shrink back so America can get on with the business of being America.

No one would dare say the Democrats are not willing to show up to make war, but as reflected in the eight years of the Obama administration, they seem to have trouble identifying the real enemy. They choose the wrong battles and at times the wrong war.

Let’s put away the notion that President Trump has broken to pieces the nation’s long heritage of helping and receiving refugees to our shores. He has put a temporary ban in place until a better means of vetting dangerous radicals from slipping into our nation can be devised. This is a case of no more and no less – it is now time to move on.

As for his unfolding cabinet picks and choices for the Supreme Court of the United States suffice it to say that America has scored. The choice of Neil Gorsuch to fill the vacant seat of the late Antonin Scalia was called “a home run” by Mr. Trump’s former opponent, Sen. Ted Cruz.

In a time when America has allowed itself to become extremely polarized, every decision of our leaders is seen as for or against one group or another. Such is seen in a CNN article penned by Religion Editor, Daniel Burke. Burke declared that Trump’s choice of Gorsuch, is a battle or a contest between evangelicals and atheists.

Burke seems not to notice that he nullifies his own argument by admitting that polls show that choosing Trump had little to do with what evangelicals really wanted.

Burke said, “Other scholars have contested that argument, citing a 2016 LifeWay Research poll in which only 10% of white evangelicals listed Supreme Court nominees as their top issue, when voting for president. Nearly half said improving the economy or national security was their top issue.”

It is doubtful that 10% of the evangelicals have begun a war between believers and atheists. Even among the best of the churches and historic denominations, in the realm of Christianity ten percent can hardly be called a quorum much less, a call to war.

What seems not to occur to Democrats and all who oppose Mr. Trump is that most Americans still see the difference between right and wrong, they have been fed absurdities in a steady diet of liberalism for over a generation now and the fruit of that long excursion into surrealism and PC claptrap has left them exhausted and ready to seek another path.

For this writer, after years of studying the religious and political habits of Americans, I can confidently say without malice that as it pertains to spiritual matters, Americans are largely a nation of Anglo-Ninevites. This is best explained by the following passage of scripture.

“And should not I spare Nineveh, that great city, wherein are more than sixscore thousand persons that cannot discern between their right hand and their left hand...”(Jonah 4: 11)

Perhaps making refined moral distinctions isn’t part of everyday life for most Americans, but a generation long side trip into liberal indoctrination of our children which produced a crop of both fully lettered and under-grad snowflakes and dilettantes is enough to send them to the voting booths in search of relief. Witness the recent snowflake riots at U.C. Berkeley and NYU.

For many, the struggle to balance the idea of our right to live and pursue happiness cannot be explained as long as we are allowing the murder of unborn human beings to the tune of almost 4,000 per day.

America has recognized that we are all sitting in a muddy pool of our worst behaviors while trying to figure out why jobs are few, prosperity is slipping away and the nation is in a state of unrest and division.

It is at this juncture that we may begin to see that the messengers, prophets and preachers should be listened to – at last.

It is here I am forced to say that if we leave Roe v. Wade in place along with the marriage-busting and perverted ruling of Obergefell, the best efforts of our new President will not succeed.

Our economy and our morality are, and have always been, inextricably linked. This is something you can most assuredly – take to the bank.

My readers may see this as a declaration, a prophecy, an admonition or a warning, but any way you take it, we must deal with abortion and sodomite marriage or our progress as a nation will be seriously impeded.

We are not unable to differentiate between protection of gays under the law and promotion of the gay agenda. These two are miles apart, one is a necessity, and the other is a plunge into moral depravity.

God never offers a nation a mixed blessing. He never mixes good and evil. He only gives us a choice, after that we will reap what we sow.