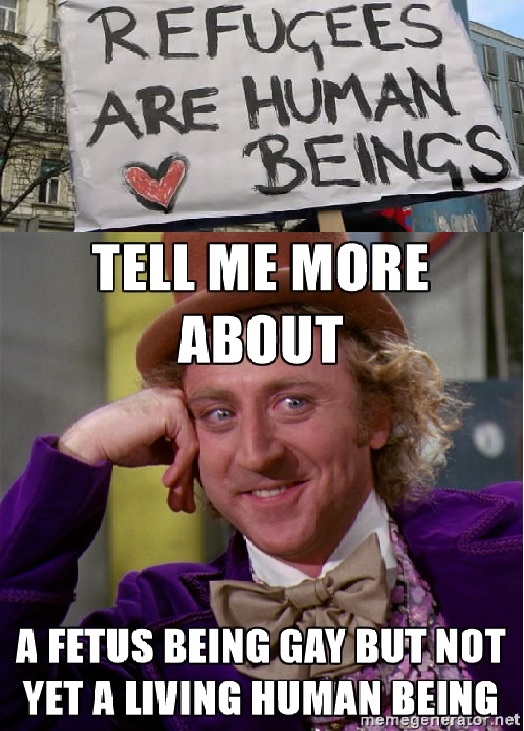 It is difficult to decide exactly what kind of humor Jesse Watters produces in his Fox News feature called Watters’ World. It is a show that seems like an admixture of Dumb and Dumber and SNL with random real life players.

On Saturday, February 11, 2017, Watters interviews New York City students at a protest. The results are stunning.

The segment started with a female student who declared that Iran is not a terrorist country. After Watters told her that it is the number one sponsor of terrorism in the world she stood dumbfounded and speechless.

Next were the students who were asked to name the countries that were targeted by Trump’s travel ban. Of the three that were asked two could name a few countries; one could not name even one.

The snowflakes are melting in the heat of reality.

Next on the Watters’ show was a Tweet that said, “I apologize for my generation.”

The next incoming message accused Watters of trapping the students with his questions - questions that were about information that has been all over the news for several weeks.

It is here we may safely say that the trap was set on the minds of these students long before Watters strolled into the crowd.

It is a trap set about a generation ago by liberal academics to convince unwary youth that the little pumpkins are getting a bad deal if America doesn’t become the magic world of Xanadu for them in a globalist vision of ice cream and fairies by the time they graduate.

The snowflake hypocrisy is that after 44 years of death for unborn babies under Roe v. Wade, none of them have showed up at the rallies to protest native-born people trying to enter the United States on their own soil and enjoy the freedoms and protections of their own country.

Not one person has suffered death from Iran, Iraq, Libya, Somalia, Sudan, Syria and Yemen by trying to enter the United States. But 60 million perfectly innocent and healthy unborn Americans have been put to death for trying to enter this nation as legitimate citizens.

That means in all of its blaring simplicity, even for these NY students, that a group of Americans five times the size of the population of New York City were met at their gate of entrance with a ban that refused them entrance to this nation or any other nation in the world.

This is world class hypocrisy that should cause us to hang our heads in shame. It is an acceptable genocide among progressives and liberals that makes Hitler’s rage against the Jews look almost reasonable.

If these are the future leaders of our world we can only lament the fact that there are no other worlds to which we may resort.

The snowflakes are offended with Trump’s ban, but take no offense from the gross aberration of the law we call Roe V. Wade.

There is another law that will one day surprise them and the liberals who trapped their pliable young minds to accept the merciless genocide of their own kind – it is called the ‘law of millstones.’ To wit:

“And whoso shall receive one such little child in my name receiveth me. But whoso shall offend one of these little ones which believe in me, it were better for him that a millstone were hanged about his neck, and that he were drowned in the depth of the sea.” (Jesus' words in Matthew 18: 5-6)