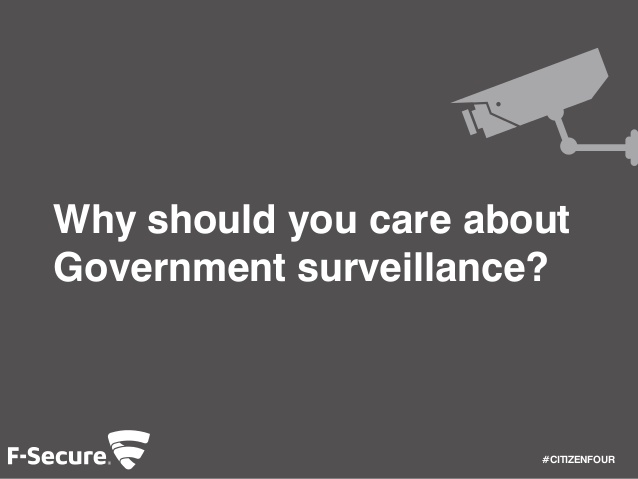 President Donald Trump’s controversial complaint that the intelligence community was using police-state tactics against him has been confirmed in the forced resignation of his national security adviser Michael T. Flynn. When Trump made his complaint, he was referring to leaks of potentially damaging information about him from an unverified dossier. In the Flynn case, several commentators have noted the use of surveillance techniques that are probably illegal.

A Wall Street Journal editorial wonders if “the spooks” who were listening to Flynn obeyed the law, and what legal justification they had for their eavesdropping. The paper added, “If Mr. Flynn was under U.S. intelligence surveillance, then Mr. Trump should know why, and at this point so should the American public. Maybe there’s an innocent explanation, but the Trump White House needs to know what’s going on with Mr. Flynn and U.S. spies.”

In “The Political Assassination of Michael Flynn,” Eli Lake writes about the highly controversial tactic of using “government-monitored communications of U.S. citizens” against Flynn and leaking them to the press. He added, “Normally intercepts of U.S. officials and citizens are some of the most tightly held government secrets. This is for good reason. Selectively disclosing details of private conversations monitored by the FBI or NSA gives the permanent state the power to destroy reputations from the cloak of anonymity. This is what police states do.”

In a column entitled, “Why you should fear the leaks that felled Mike Flynn,” John Podhoretz writes, “No joke, people—if they can do it to Mike Flynn, they can do it to you.” He said that “unelected bureaucrats with access to career-destroying materials clearly made the decision that what Flynn did or who Flynn was, merited their intervention—and took their concerns to the press.”

Why was Flynn targeted? Lake writes that Flynn had “cultivated a reputation as a reformer and a fierce critic of the intelligence community leaders he once served with when he was the director the Defense Intelligence Agency under President Barack Obama. Flynn was working to reform the intelligence-industrial complex, something that threatened the bureaucratic prerogatives of his rivals.” Podhoretz says Flynn “had an antagonistic relationship with America’s intelligence agencies” and was their “potential adversary.”

Flynn’s links to Russia and the conversations he had with the Russian Ambassador are minor compared to the disasters in the Middle East that Flynn was exposing. The proxy war the Obama administration waged in the Middle East produced debacles in Egypt, Libya, and Syria. In Egypt, the military rescued the country from a Muslim Brotherhood takeover engineered by Obama’s CIA. Libya is still in shambles, and Syria has been lost to the Russians and Iranians. The result in Syria alone is 500,000 dead and millions of refugees.

As documented extensively by AIM’s Citizens’ Commission on Benghazi, the U.S. under Obama switched sides in the war on terror, in favor of the terrorists. There were, of course, terrorists on the other side as well. In Syria, the Russian/Iranian/Syrian axis employed terrorist tactics to drive back the U.S.-supported rebels. That produced a humanitarian disaster that is still unfolding.

Trump has inherited this disaster, and he and Flynn were trying to do something about it. But Trump’s proposal for vetting refugees from failed states has been struck down by liberal judges, and Trump has unfortunately accepted their jurisdiction in the case.

As we explained in a previous column, in Flynn’s book, the former head of the Defense Intelligence Agency “thinks that the administration he served, headed by Barack Obama, tried to accommodate our enemies, selling out American interests in the process.” This is the world that President Trump faces and is trying to rectify.

We said at the time that “if Flynn wants to turn things around, he will have to lead a purge of the Clinton and Obama agents in the Pentagon and other agencies who have been deliberately withholding information about the nature of the threats and how our lives are in peril from an ‘enemy alliance’ that Obama has been supporting as President of the United States.”

It now appears that Flynn, or rather Trump, didn’t move fast enough, and that these special interests from the swamp have struck first, nailing Flynn’s scalp to the wall.

The media know that the Obama administration helped to produce the humanitarian disasters in countries like Syria and Libya. They ran stories about CIA arms shipments to terrorists in the region through countries like Saudi Arabia and Qatar. But when Flynn got into a position of power and was able to do something about exposing these dirty wars, he became the target. He became a target of surveillance and was tripped up about what he said and remembered about discussions with the Russian Ambassador.

On Capitol Hill, the chairman of the House Intelligence Committee, Rep. Devin Nunes (R-CA), seems to be one of the few legislators concerned about the illegal leaks that drove Flynn from his job. He is even quoted as saying that the leakers “belong in jail.”

The American people have a right to know whether there is a “permanent state,” as Eli Lake says, and what role it is playing. But since the major media have been complicit in the intelligence community’s assault on Flynn, there is no reason to believe the media will want to get to the bottom of this subversion of our government. Their hands are dirty, too.

It looks like the permanent state has a press office.