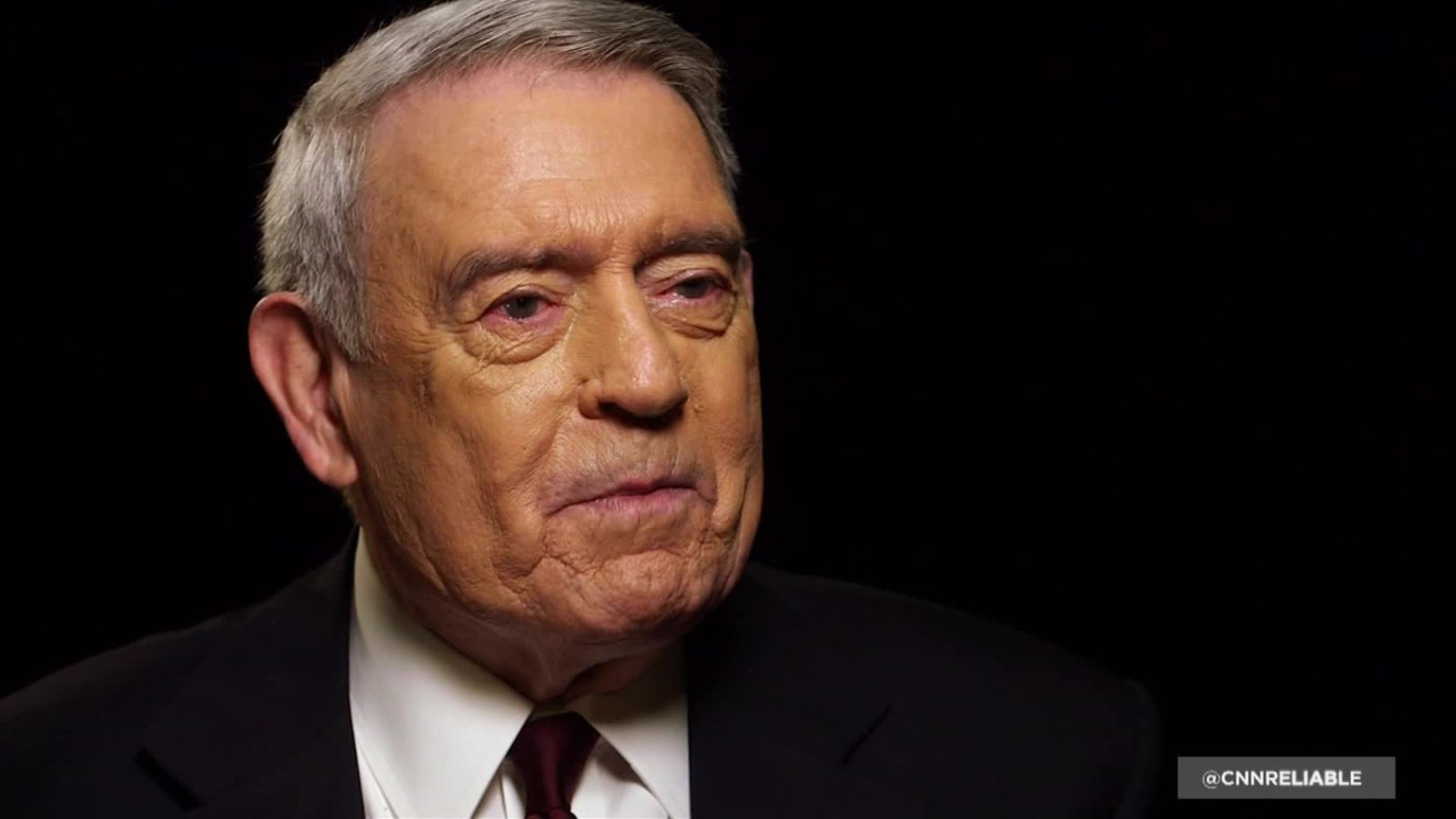 The Trump Presidency is in full swing, yet the “opposition party” national media is doing most of the swinging. We have an inexperienced president who is belligerent; a minority party which is frothing like a pack of lobotomized wild dogs; a majority party that behaves as though it is afraid of its own collective shadow; and a press corps which is unhinged.

What more could a political commentator ask for? Enter Dan Rather.

This will not be a rehash of the Killian documents and the thorough and utter embarrassment Mr. Rather heaped on himself with his false reporting of George Walker Bush’s National Guard service. Rather claimed that documents produced, even though they were forged, were not proven to be forged, thus the inaccurate documents somehow made his false story true.

Thinking that one through too quickly can cause dizziness, much like Rather’s history of liberal bias over the years.

Apparently, Dan Rather was lonely or missing the spotlight or just bitter that he forgot to take his favorite seat cushion out of the CBS studios when he relinquished further opportunities to torment Americans (and foreigners in Edmonton and Winnipeg pirating American broadcasts). Anchor-Monster seat cushions are expensive.

Besides the silly talking point that Watergate was a “constitutional crisis” (in reality, it was an early harbinger for the need to Drain the Swamp), Rather soberly informs 1.8 million of his closest friends on Facebook that if “on a 10 scale of Armageddon,” Watergate was a “9.” Impertinent diversion:  more people died in Ted Kennedy’s car while crossing the bridge at Chappaquiddick, but Watergate was next to Armageddon. Four people died at an American compound in Benghazi, Libya, because of a president’s apathy and a Secretary of State’s incompetence, but Watergate was a “9.” Maybe Mr. Rather is the new poster child for keeping ObamaCare. How else is he going to be reminded to take his meds?

Watergate was more than the “second-rate burglary” many Republicans like to portray it as. Forty-eight people do not get charged with crimes for “second-rate” burglaries. But a “constitutional crisis” it was not. The Constitution was never in jeopardy; a coup was never imminent; the law worked; the political system... well, we got Jimmy Carter in the aftermath, so yeah, that was indeed broken, but you get the idea.

The disgraced CBS News anchor- now THAT is tough to do! How difficult is it to make CBS News feel disgraced?!- who on multiple occasions referred to Billy Bob Clinton as an “honest person” AFTER Clinton was president, and who intimated that Attorney General John Ashcroft knew, in advance, that the 9/11 attacks would occur in the form of airliners, told the 1.8 million dolts who care what he thinks that General Michael Flynn’s discussion with a Russian diplomat is on par with Watergate.

The pièce de résistance (it’s the only French I know, other than a few French-Canadian hockey players’ names) in Mr. Rather’s cry for more meds is as follows:

We can all remember the (sic) General Michael Flynn's speech from the Republican National Convention - "Lock her up!" (sic) in regards to Hillary Clinton. If Hillary Clinton had done one-tenth (sic) of what Mr. Flynn had done, she likely would be in jail.

For his part, Gen. Flynn violated the Logan Act of 1799, not to be confused with the Logan’s Run act of Michael York trying to stay alive in the 1977 movie. The former is a real law, which it appears the General violated, then lied about, whereas the latter was the only option Secretary Clinton left Ambassador Stevens while Mr. Stevens faithfully served his country. The characters on Logan’s Run stood a better chance than our ambassador and his brave protectors.

Indeed, Secretary Clinton did not do “one tenth” of what Gen. Flynn did, but 2,000 times more.

The White House has no credibility on this issue. Their spigot of lies - can't we finally all agree to call them lies - long ago lost them any semblance of credibility.

(Insert public service announcement here warning about the dangers of reading the words of Dan Rather while shaving, ingesting anything that can induce choking, driving, or operating heavy equipment.)

For Mr. Rather to decry the credibility of anyone is absurd. Ridiculous. Use your thesaurus. It’s CRAZY. This must be a secret bid to pass mental health legislation. Rather is out of his flippin’ mind. Remember the board game Clue? Rather plays ClueLESS. Or is it just his expectations of the 1.8 million people who actually care what he says about credibility?

Dan Rather is not part of the “opposition party” of media in Washington, he’s the guy at the party bobbing for apples who never came back up for air. There is no doubt who is unhinged in American politics. Hint:  it’s not our President. We’d Rather not see or hear his name again.