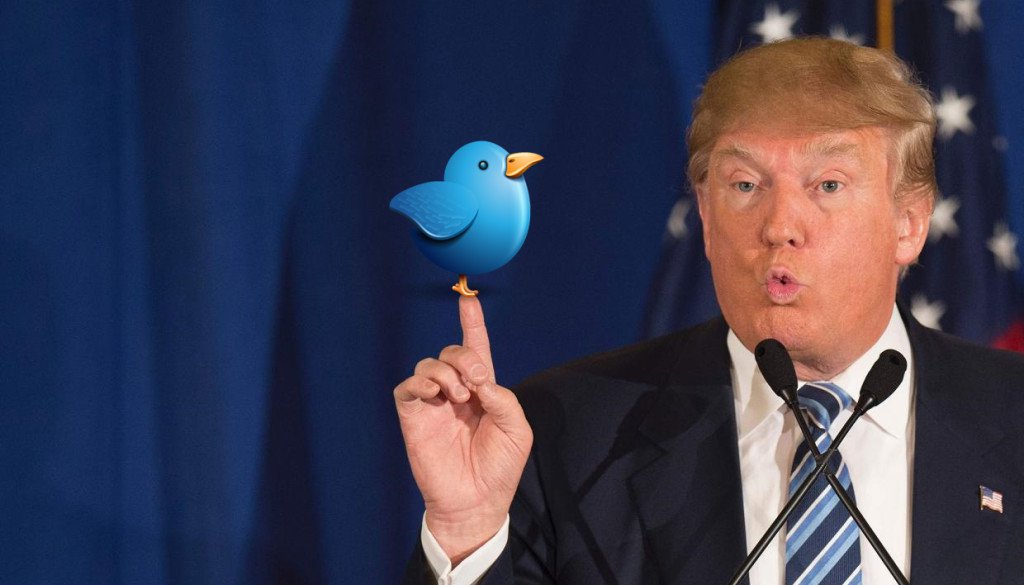 “Be a leader, not a Tweeter,” is the advice offered to President Trump by Democratic Rep. Elijah Cummings (MD). However, the survey of attendees at the Conservative Political Action Conference (CPAC) found that 70 percent of respondents favor Trump’s use of Twitter to communicate.

Trump didn’t need to tweet after Hollywood celebrities attacked him 15 times during the Oscars and then gave an award to the wrong “Best Picture.” Trump’s enemies frequently look like fools.

CPAC understands that Trump’s tweets, which cut to the heart of many issues and expose bias on the part of liberal elites, have proven to be very effective. Cummings has to be resentful at Trump’s ability to put the Democrats and liberals on the defensive through his skillful use of Twitter.

It is interesting to media critics to know that hours of anti-Trump news on the broadcasting and cable networks can be effectively refuted by just a few words and phrases. The American people are receptive to Trump’s tweets because of the success of organizations like Accuracy in Media, whose founder, Reed Irvine, taught news consumers that they should be skeptical of what they see, read and hear from the liberal media elite.

It appears that Democrats like Cummings would prefer a Republican who plays a subservient role to the liberal media. For example, former President George W. Bush was recently maneuvered by NBC’s Matt Lauer into saying things perceived to be critical of Trump’s rhetoric on freedom of the press, relations with Russia, and immigration policy.

But it’s the Bush (and Obama) policies in the Middle East and on immigration that became major factors in the rise of Trump.

One of the speakers at CPAC was Trevor Loudon, whose new film “The Enemies Within,” shows Bush declaring “Islam is Peace” at a giant mosque in Washington, D.C. after the 9/11 terror attacks on America. Over his left shoulder as Bush speaks is Nihad Awad, the executive director of the Council on American-Islamic Relations (CAIR) and a public supporter of the terrorist Hamas movement.

“I considered the media to be indispensable to democracy,” Bush said to Matt Lauer. “We need an independent media to hold people like me to account.”

So let’s begin with the 9/11 terror attacks, which occurred on Bush’s watch. His Justice Department was so blind to the Islamic threat that the post-9/11anthrax letters were blamed on U.S. scientists and not the al-Qaeda operatives who likely mailed them. Obama’s Justice Department was more than happy to carry on the deception, and finally blamed the mailings on a scientist who killed himself under pressure from the FBI. One of the FBI agents who ran the investigation filed a whistleblower lawsuit against the Bureau, saying that the scientist, Bruce Ivins, was railroaded by the FBI and that “exculpatory evidence” was carefully concealed and covered up.

Today, in a fact that demonstrates the continued vulnerability of our nation to foreign attack, the FBI still hasn’t solved the case. Was the anthrax stolen from a U.S. lab? Was it manufactured abroad? These are questions that still remain open.

We do know that the members of the free press praised by George W. Bush were encouraging the FBI to go after the wrong people for the crime, and have shown little interest in getting to the bottom of the FBI’s mishandling of the investigation.

As if this wasn’t bad enough, the Bush administration’s decision to go to war in the Middle East was based on false intelligence, and resulted in an Iraq War debacle that is still costing American lives and which led directly to the rise of the terrorist group, ISIS. This group, like al Qaeda, is also reportedly pursuing the development of biological weapons.

Bush’s ability to raise his children properly has proven to be just as problematic as the Iraq War he started. His daughter, Barbara Pierce Bush, is the keynote speaker at a March 1 luncheon sponsored by Planned Parenthood of Greater Texas. Planned Parenthood, the nation’s largest abortion provider, was founded by Margaret Sanger, a revolutionary socialist and anti-Christian activist who favored government programs to eliminate what she called “human weeds.”

With Bush’s Iraq War legacy and a daughter turning out to be a card-carrying left-winger raising money for the abortion industry, it’s no wonder that the participants in CPAC are so excited about President Trump and greeted him so warmly. The CPAC survey poll found that 80 percent believe he is changing the conservative movement, and it’s clear most believe this is for the better. His success will largely depend on fixing the damaging legacies of Presidents George W. Bush and Barack Obama.

“To be honest, I inherited a mess,” Trump recently said. One of the architects of that mess was on the NBC “Today Show” with Matt Lauer. He is still out of touch.

Bush told NBC, “When I was president [the media] mattered a lot more because there was like three [news networks]. Now there is all kinds of information being bombarded out, and people can say things anonymously. It’s just a different world.”

What he’s describing is the democratization of the media, a wholesome and worthwhile development that gives ordinary people, including presidents, the ability to have their say in current events.

The liberal media monopoly is broken, and Trump knows it.