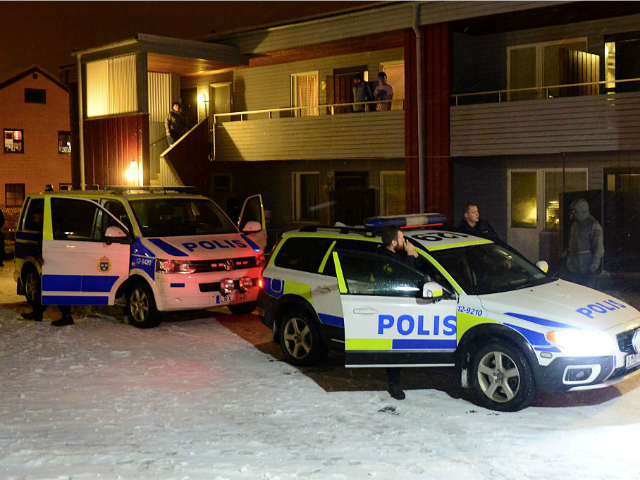 Even after weeks, liberals are still trying to prove to the nation that Trump was not only wrong about Sweden, but he is, as are we, all wet regarding terrorism and the problems with Islam.

There was and is nothing happening in Sweden. And there certainly aren’t any of those so-called “No-Go” Zones in the country, or frankly any country. No-Go zones are a myth fabricated by Islamaphobes like you and me.

On January 20, 2017, Emil Karlsson posted an article on the site, “Debunking Denialism.” How quaint.

His article states that, “Debunking Denialism has taken on several such cases of pseudoscientific bigotry, such as falsely comparing ethnic minorities to poisonous M&Ms, conspiracy theories about alleged white genocide, how anti-immigration activists abuse Swedish rape statistics or data on reported shootings in the Swedish city of Malmö. Now it is time to take on the widespread myth that Sweden supposedly has 55 no-go zones where criminals rule society and police are afraid or incapable of entering.”

And you know what? He’s right. If one were to define a No-Go zone incorrectly, as liberals do, there technically are none of these zones anywhere. And of course, this is the slick trick of the left. Use a definition which defies reality and then advance that definition to debunk said reality.

According to his source, the “Free Dictionary.com,” a no-go area is “a district in a town that is barricaded off, usually by a paramilitary organization, within which the police, army, etc, can only enter by force.”

Karlsson then quips: “So for something to be a “no-go zone”, it must be blocked off by a paramilitary or insurgency group that prevents the police from entering or an area that is blocked off to certain people. Basically, the police or military has completely lost power or control over the area and the government cannot assert their sovereignty.”

Liberal governments allow them to exist to show how inclusive they are and for fear of being labeled as 'Islamaphobes.'

Because of this, more and more of these zones are being formed all over Europe – certainly in Sweden, as a couple of journalists from Chicago found out, first hand.

I’m not a fan of InfoWars. I think they are, for the most part, a bunch of nut-jobs. But one of their writers, Paul Joseph Watson, challenged any reporter to travel and report from a Swedish no-go zone, and he would pay for the trip.

Two from Chicago, Tim Pool and his colleague Emily Molli, took Watson up on his offer, thinking this would be a piece of cake. They were wrong.

They traveled to Rinkeby, Sweden, a predominantly migrant suburb of Stockholm. The Daily Mail reports that Rinkeby was where “riots broke out after President Donald Trump warned of migrant problems in Sweden last month.” By the way – the population of this Swedish village is now 90% Muslim migrant.

Almost immediately after Pool and his cameraperson Molli arrived at Rinkeby Center, they noticed something unsettling. Men started to gather nearby, donning hoodies and as he described, “masking up and whispering to each other.”

“So the cop was like ‘maybe it would be smart if you were to leave now, that's my tip for you,’” Pool said. “They [police] got in their car to escort us out and we just had to walk alongside their vehicle, and they followed us to our car. As we were walking there were people following us, yelling things.’”

Pool added that local police told him “there are problem areas, where officers can't go in unless they have two units, where one cop will watch the other officer.”

Pool later tweeted that, “I honestly thought I would be able to walk around the neighborhood, no problem. I was wrong.”

This, Mr. Karlsson, is a No-Go zone. Tim Pool and Emily Molli didn’t require a dictionary definition to recognize what it was and that they were in immediate danger.

One doesn’t need an armed insurgency or barricades to form one. It takes only liberal politicians who refuse even now to admit they have a serious problem.