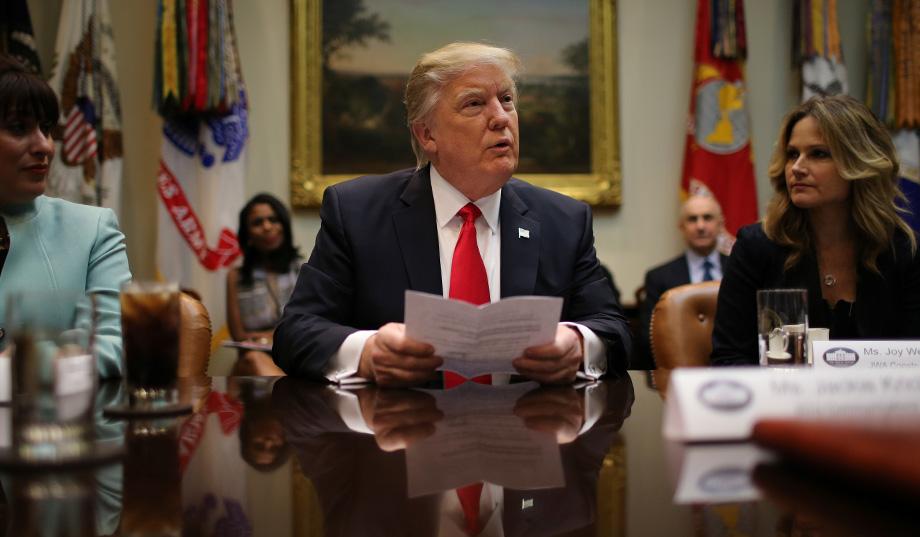 Upon receiving this slick campaign video in my email titled, “How To Resist The Trump Agenda”, I thought it was a joke. After realizing the video was for real, I thought, “What the...!”

Folks, I've been a black tea-party guy from its beginning. I penned, recorded and performed “The American Tea Party Anthem” at over 500 tea party rallies on 14 national bus tours.

Thus, I witnessed that the movement was filled with white duped Obama voters who realized he was driving us to a place we did not want to go; down the road to socialism. Tea Partier's opposition had nothing to do with Obama's skin color. And yet, despicable Leftist fake news media portrayed opposing Obama's unlawful overreaches racist and unpatriotic. Well, now that same immoral media is boldly leading the charge to oppose everything Trump while elevating every Trump resister to sainthood. Suddenly, Leftists have decreed that opposing our president is the epitome of patriotism and moral righteousness.

Folks, please get this truth down in your souls. There is an unprecedented effort by the fake news media, Obama, George Soros, Democrat Party, conservative Never-Trumpers, establishment elites, Hollywood, assorted Leftist groups, and traitorous GOP Washington DC status quo defenders to take down our new president.

The only thing Trump has in his corner is We the People who voted for him. But be of good cheer folks because we and God are a powerful majority. All you prayer warriors out there, please keep prayin' for President Trump.

Am I advocating that we blindly rubber-stamp everything Trump does? Absolutely not. I am saying it emboldens our enemies when folks on our side join Leftists in nitpicking Trump at every turn. Obviously, Never Trumpers still do not realize what's at stake and the evil we are dealing with on the Left.

Leftists, for the most part, are Godless people who seek to crush all traditional norms; rendering conservatives dispirited and politically dead. Leftists deem causing pain, suffering and the loss of American lives minor consequences in implementing their Godless socialist/progressive agenda. Cancer patients lost their life-saving doctors due to Obamacare. Leftists didn't care. Four Americans were tortured and murdered in Benghazi for Obama's reelection.

Not only did Leftists not care, Obama's minions repeatedly lied about it on national TV.

If Leftists cared about American lives why would they celebrate democrats refusing to pass Kate's Law, which protects Americans from illegal alien multiple criminal offenders? Folks, I could go on and on with examples of how Leftists do not give a rat's derriere about American lives. We're all just pawns to be used to get them what they want. All Leftists care about is ensuring that men use little girl's restrooms and opening our borders to everyone who wants to come to America for freebies.

President Trump is trying to stop the insanity. Meanwhile, Never-Trumpers are obsessed with the man's imperfections. I do not care about Trump's shortcomings. At the end of the day, I believe Trump is a good man who truly desires to make our country great again. My fellow Americans, that is good enough for me.

This has annoyed me for years. Leftists are totally free to spread horrific lies about us. Democrat Alan Grayson outrageously said the “Tea Party and Republicans want sick people to die.” To ignite racial hate, Democrat Andre Carson said the tea party wants to see blacks hanging from trees.

Frustratingly, many blacks in my family hate Trump because they believe the fake news lie that he is a racist.

Democrats are allowed to say whatever hate-generating thing their deviant minds conceive with the media's blessings. Leftists arrogantly believe free speech entitles them to break the law, incite violence, and destroy property; doing gross things like dumping a bucket of feces in a public lobby.

Meanwhile, Republican/conservative political advisers relentlessly caution us to walk-on-eggshells; go slow and be nice, careful not to make Leftists too angry. Even after our electoral landslide victory awarding the GOP control of the House, Senate and WH, we are still advised to find common ground to work with Leftists. Well, how do you work with people who want you politically dead?

Am I suggesting that we mimic the Left's bad behavior? Heaven forbid. I am simply suggesting that Never-Trumpers cut our people, Trump and his administration, some slack. Trump is trying to drain the DC swamp, something no other administration has attempted to do. I don't care that the Trump gang is a bit rough around the edges. He is making reforms and for that I say, “Thank you, God!” I am sick of our side eating our courageous fighters every time we discover that they cannot walk on water: Sarah Palin, Ted Cruz, Joe Miller, and Chris McDaniel, to name a few.

Thank God, President Trump is not playing by standard ineffective rules for Republican behavior. He is calling out Leftist fake news media, democrats, and other liars, while quickly moving forward with the domestic agenda he promised during his campaign. By calling them out, Trump puts Leftists on the defensive for a change while retaining his power. There's a new sheriff in town folks, and I love it!

In the Left's resisting Trump's agenda video, they claim over half a million downloaded their guide, over 100,000 have registered and over 3,000 groups have registered. It is well-documented that Leftists lie about practically everything. So take their claims with a grain of salt. We America-loving Trump supporters outnumber them. Let's work on keeping it that way, rallies and such.

I for one, as I am sure are millions of Americans, am standing up and cheering on President Trump. Folks, the only way Trump can fail to implement his/our agenda is for him to lose our support. Barring Trump betraying us, we cannot allow that to happen. I realize I sound like a broken record, but we must stand together, holding up our President's arms to counter the tsunami of attacks coming from both sides of the political aisle. May God be with us.

Author: “Confessions of a Black Conservative: How the Left has shattered the dreams of Martin Luther King, Jr. and Black America.”