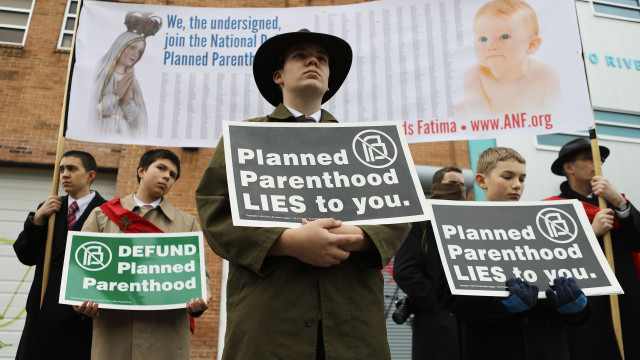 During the recent presidential campaign, then-candidate Donald Trump, on his merry but hateful way to ignominious defeat, we were told, referred to heir-apparent candidate Hillary Clinton as “such a nasty woman.” Overnight, being a “nasty woman” was a badge of honor, a cause celebre, a way for liberals to show that they were “with her.” It was a chance to display blind ignorance.

While over the centuries there have been many nasty women:  from Jezebel in the Old Testament to Ilse Koch, the “Witch of Buchenwald,” who happily tortured Jewish women, America has its own, original nasty woman. Forget the occasional female serial killer or husband-murderer, the US has its inspiration for the deaths of millions, the American Queen of Eugenics, Margaret Sanger.

Without Margaret Sanger, the most racist institution in American history, Planned Parenthood, would not exist. What about the Ku Klux Klan, you ask? While Version One was violent, as it reacted against Republican Party policies designed to help freed slaves, and Version Two was even more menacing, launched during the presidency of, and with the tacit approval of, the vile racist Woodrow Wilson, the KKK could only dream of reaching the heights of Sanger. The KKK wanted to deny black Americans their equality; Sanger wanted to deny black Americans their very lives- before they were born.

Sanger made Lizzie Borden look like a preacher’s wife, baking cookies to raise funds for a mission trip to find another lost tribe in the Amazon. Miss Borden only took 81 whacks, and at only two people. Sanger’s legacy of carnage is in the millions and stretches over many decades.

In fairness to America’s nastiest of nasty women, Sanger was not merely a racist, she was opposed to anyone not as “good” as she was. She was a eugenist, who, just as Adolf Hitler did, followed Charles Darwin’s theory to its logical conclusion:  if only the strong survive, then destroying the weak is to provide a service on behalf of the human race. After all, why allow precious resources - food, water, money - to be exhausted by those who are “unworthy” when, instead, these resources can be left for those who are “deserving?”

In largely white states such as Oklahoma, Kansas, Arkansas, Minnesota, the Dakotas, Montana, Utah, Kentucky, West Virginia, etc., there are few facilities. True, these are mostly lower population states, but they all have population centers. One would think that Ohio, with its population spread out throughout the state, would have Planned Parenthood abortion facilities in more areas than just high minority areas.

Liberals lean on the fact that a slight plurality (37% to 36%) of abortions are performed on white women over black women, ignoring the fact that whites outnumber blacks by a 5-to-1 margin. They also look back at the Progressive era and Sanger’s love affair with eugenics as somehow innocuous. They claim she had only an admiration for “good” eugenics, which is now no longer trendy, not that bad ol’ eugenics that actually was in favor of killing people, like Planned Parenthood does.

So whether Life Issues Institute is correct, and whether their ripostes to liberal outcries regarding their findings are correct, is immaterial. What is material is that Sanger was in favor of eugenics, and she was someone who supported murder as a method of political “protest.” She also wrote in favor of birth control as a means of stopping the unfit from reproducing for the benefit of the human race.

Below are a few quotes from the liberals’ favorite nasty woman in history:

Sanger opposed charity because it helped those who were, in her warped mind, undeserving. “Organized charity is itself the symptom of a malignant social disease.” She also wrote, “Instead of decreasing and aiming to eliminate the stocks (referring to human beings) that are most detrimental to the future of the race and the world, it (charity) tends to render them to a menacing degree dominant.”

Referring to those people who have not advanced humanity, as she apparently had done, she wrote, “Such human weeds clog up the path, drain up the energies and the resources of this little earth. We must clear the way for a better world; we must cultivate our garden.”

Sanger understandably became a favorite of the KKK, and in fact addressed the organization in a speech.

Why do Sanger’s beliefs matter now, 100 years after she rose to prominence and 50 years after she died? Why is there relevance for the hate group we call Planned Parenthood? First, because the foundation of any organization matters. Spokesmen can lie; intentions can be hidden; roots are difficult to pull out without killing the organization. Second, Planned Parenthood still disseminates faulty and misleading information about women’s services it provides; therefore, we know that its intent or actions must remain hidden in order to maintain the status quo (for example, they do not provide mammograms). As reported by the American Center for Law and Justice, when 97 Planned Parenthood clinics were contacted, only five confirmed that they provided prenatal care.

Liberals will continue to spread false information about Planned Parenthood, Margaret Sanger, and whatever is necessary to lie about in order to continue the abortion machine. Rest assured, while people such as Hillary Clinton publicly admit to a deep admiration for Sanger, such nasty women are no match for the nasty, vile human being known as Margaret Sanger. No sane person would see classification alongside Sanger as a badge of honor.

"No sane person"...have we not just defined modern liberalism? Looking back at the number of deaths carried out by Planned Parenthood and other similar organizations, there can be no doubt that Margaret Sanger would be proud. She would only be dismayed that so many minorities have survived. She is the ultimate American nasty woman.