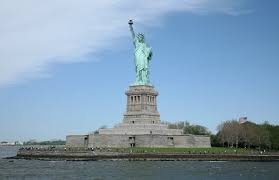 Considering America’s 240-year history, 16 years is not a long time. But for some, it’s long enough to forget the outrage and fear all Americans felt after the terrorist attacks on September 11, 2001.

Nineteen hate-filled Muslim extremists exploited our flawed immigration controls and came to our country for the sole purpose of slaughtering innocent men, women, and children. In the aftermath of those attacks, there were no outcries for open borders or for sanctuary cities. For that brief moment, everyone understood the need to secure our borders from ruthless enemies abroad.

The hatred that drove those terrorists hasn’t diminished. There have been too many painful reminders of that throughout the world. Here at home, the attacks in San Bernardino and in Boston involved radicalized Muslim immigrants, harboring that same hatred for America. Attorney General Jeff Sessions recently revealed that there are currently “more than 300 people who came here as refugees and are under FBI investigation for potential terrorist activities.” We don’t have to assume they are Muslim extremists to know we need tighter immigration controls.

Yet there’s a move in America today to ease those controls, to make immigration here more accessible to everyone. For progressives and globalists, it’s a step closer to multiculturalism, which they see as the answer to many of the world’s problems. For others, it’s about compassion. They believe in an open flow of immigrants and refugees, and are unconcerned about the evil likely hidden among them.

They defend their open-door agenda with naïve platitudes, inevitably turning to the words of poet Emma Lazarus, “Give me tired and your poor, your huddled masses yearning to be free.” But they conveniently forget that those words were written over a century ago, during a time of peace - long before the 9/11 attacks. They say their critics are uncaring, yet they show no concern for their fellow citizens, those hurt or killed by people who should never have crossed our borders.

As they quickly point out, we are a nation of immigrants. But our forefathers settled here after rigorous screening on Ellis Island – screening that helped assure their assimilation into our society. More importantly, they came without malice in their hearts, eager to become part of America’s fabric.

So how did America become so naïve today?

Both supporters and critics of Barack Obama would probably agree that he helped change the country’s perspective, with regard to both immigration and Muslim extremism, a term he refuses to utter. Obama’s globalist agenda was clear. His Executive Orders helped encourage mass illegal immigration, and his rhetoric convinced most of his supporters that American compassion demanded more open borders.

Impressionable students, most of whom are only vaguely aware of the 9/11 attacks, have been indoctrinated with variations of that same message. And with the help of a liberal news media, over time, the concerns over Muslim extremism have evaporated, at least on the left. Now, considering the 329 liberal judges appointed by Obama, any effort to restore control over our borders faces both popular and legal opposition.

That was clear when Obama-appointed judges in Hawaii and Maryland, blocked President Trump’s newest Executive Order, intended to protect our country from Islamic terrorists.

The judges came to their decision, in part, by attributing anti-Muslim motives to Trump, based on some extraneous comments he and others made. But Trump’s perceived personal bias is far less relevant to the case than are the facts these judges chose to dismiss:


1. There are radical elements of Islam bent on destroying the West.
2. Our intelligence community has confirmed that one of those elements, ISIS, is working to infiltrate the refugee population.
3. The countries named in the Executive Order were identified during the previous administration as those most likely to spawn terrorism.
4. The Executive Order was never a permanent ban, but merely a delay, allowing for a more rigorous vetting process.
5. Both Congress and the Constitution give the President the power to secure our borders.

Only the left sees those rulings as sound legal decisions. Everyone else sees how legal gymnastics permit a Hawaii judge to rule on matters impacting the entire country, and how they can be used to defend even the most absurd arguments. They see how politics influences our justice system. They see the very essence of judicial activism.

There’s no question that Donald Trump is despised by the left. Some of them applaud these court rulings for no other reason than that. Others who support the decisions are, and will remain, blindly loyal to Obama’s liberal agenda. But the rest, those who truly believe that open borders make America more compassionate, should look to Europe to see where that naiveté will take us.

When Emma Lazarus wrote her poem – words immortalized on our Statue of Liberty – she couldn’t have imagined the savagery of the 9/11 terrorists. Her invitation was not meant for them, or for those who would incinerate a caged human being, or who would stone a woman for adultery, or treat women like property.  Her words were not meant for anyone who hates America, who comes to harm our country or to change it.

America is a compassionate, welcoming country, but only for those willing to embrace our values and pledge their allegiance to our Constitution.