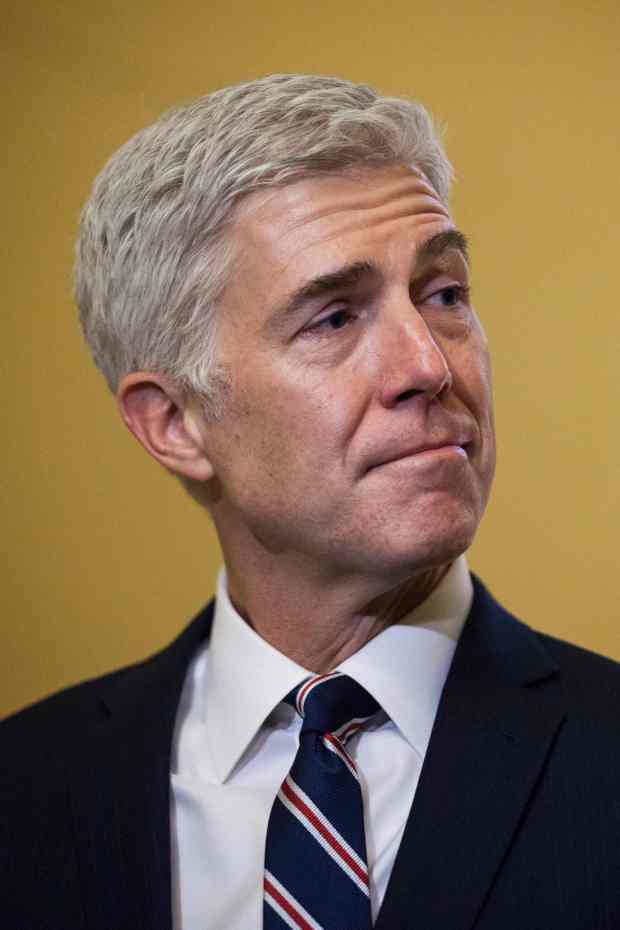 David French writes at National Review that the Supreme Court’s Roe v. Wade pro-abortion decision was morally and intellectually bankrupt, and has resulted in millions of children being “poisoned, stabbed, and dismembered.” So what will Judge Neil Gorsuch do to end this carnage?

My column, “Is Gorsuch a ‘Stealth Nominee?,” stands virtually alone in raising questions about these troubling statements from a conservative pro-life perspective. The conservative media are not raising the questions that they should about this nominee. They seem to have accepted the notion that President Donald Trump has nominated a true conservative, backed by the Federalist Society and the Heritage Foundation, and that nothing more needs to be done or said, except to rubber-stamp his nomination.

He has said some things about the value of human life and religious freedom, but is it too much to ask and demand an answer to a simple question: Do you regard innocent unborn human beings as life worthy of life?

As a journalist and media critic, I am taught to demand answers. The issue is not ideology or perspective, but information. We knew the Left would reject any nominee from a Republican president. But the supposedly pro-life and conservative side seems content with his controversial comments in favor of “the law” and “precedent.” The status quo means more abortions.

From 1973 through 2011, according to available statistics, nearly 53 million legal abortions occurred in the U.S. At that rate, the U.S. is fast approaching the grotesque record of Mao Tse-tung, the communist Chinese leader who is still regarded as history’s greatest mass murderer. In America, of course, the abortions are done in the name of women’s rights and the “right to choose.”

“Our democracy has been corrupted to protect abortion charnel houses even from the most basic common sense regulations,” notes David French. “The precedents and reasoning that created the abortion right have translated into a belief in a ‘living constitution’ that is so deeply embedded into the philosophy of the Left that it now believes that the Court can and should simply decide the correct outcome of any given case and then ‘find’ the right and reasoning in some combination of philosophy, law, precedent, and (sometimes) even selectively chosen foreign legal decisions.”

But has this reasoning been “embedded” in Judge Gorsuch, a product of some of the same elite liberal academic institutions that produced Barack Obama, his nominees, and the “Living Constitution” nonsense?

Millions more unborn children have died since another Republican nominee, David Souter, was confirmed to the Supreme Court. Republicans had assured conservatives that Souter was a reliable conservative who would rule correctly on abortion and other issues. They were wrong, and we had reason to know they were wrong.

Jeremy Rabkin wrote a Weekly Standard article back in 1995 about how “the entire Washington conservative establishment” was fooled by Souter and his Republican handlers. He said Souter was “supported by conservative groups and unchallenged by conservatives inside the Bush White House.”

The late Howard Phillips of the Conservative Caucus saw through Souter and opposed his nomination. Rabkin sort of admitted this, saying, “Only one conservative organization, Howard Phillips’s Conservative Caucus, raised its voice in opposition to Souter at the time of the confirmation proceedings (and then solely on the basis of doubts about Souter’s personal views on abortion).” Actually, Phillips opposed Souter across the board, saying, “The overreaching moral issue in the political life of the United States in the last third of the 20th Century is, in my opinion, the question of abortion...If Judge Souter is confirmed as a Justice of the Supreme Court, he will, in all likelihood, be given the opportunity to address not only the issue of Roe v. Wade, but broader issues involving the sanctity of innocent human life.”

Rabkin wrote that Souter became “one of the staunchest liberals on the court—a more reliable champion of liberal causes than Clinton appointees Ruth Bader Ginsburg and Stephen Breyer.”

Phillips came to understand the risks associated with Souter by analyzing his record, as a member of the board of trustees of Concord Hospital in New Hampshire, when “he participated in a unanimous decision that abortions be performed at that hospital.” Phillips concluded, “Advocacy of, or even acquiescence in, such a decision is morally distinguishable from the judicial conclusion, profoundly incorrect, in my view, that women have a constitutional right to destroy their unborn children.”

We are told that Gorsuch is like the late Justice Antonin Scalia. But Scalia was a staunch Catholic who attended a very conservative Catholic church. Gorsuch was raised Roman Catholic but left the church and became a member of the ultra-liberal St. John’s Episcopal Church in Boulder, Colorado, which has come to be known as Jeremiah Wright-lite, a reference to Obama’s longtime radical pastor.

Christian scholar Gary DeMar writes that this church is associated with a denomination, the Episcopal Church in the United States of America, that is liberal on many social issues, including abortion, same-sex marriage, and “climate change.”

Its 48-page “Policy for Action” document calls for “affirming reproductive choice,” which is code for abortion; more foreign aid; national health care; homosexual rights; support for the “Earth Charter;” and the licensing of purchasers of handguns.

On another hot-button issue, the Episcopal Church believes in a “New Sanctuary Movement,” in order to shield illegal aliens from law enforcement; amnesty for illegals; and cheap college tuition for the so-called DREAMers.

Journalist Julia Duin, who previously wrote for The Washington Times, has brought up the issue of Gorsuch’s church membership, noting, “The Episcopal Church, for anyone who’s not been following religion trends in recent decades, has been careening to the theological and cultural left for years and its membership statistics show it.” She says the fact that the judge and his family have remained at St. John’s, rather than going to a more conservative church in the area, “says something,” and adds, “His church choice just may hint at certain leanings.”

It’s interesting that the Episcopal Church has a government relations website with a photo of the Supreme Court on it. Perhaps the church knows something about Gorsuch and his “leanings.”

But the American people don’t know, and apparently have no right to know.